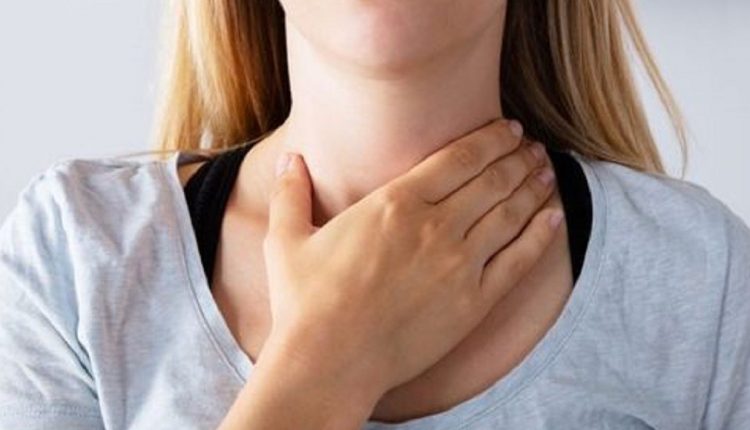 Hyperthyroidism occurs when the thyroid gland works harder than it should, releasing large amounts of thyroid hormones

Hyperthyroidism: what is it?

Hyperthyroidism is a condition in which the thyroid gland releases large amounts of thyroid hormones: thyroxine (T4) and triiodothyronine (T3).

These hormones are produced when the thyroid gland is stimulated by another hormone, TSH (or thyroid-stimulating hormone), which is produced by the pituitary gland (pituitary gland) located in the brain.

Hyperthyroidism occurs when the thyroid gland works harder than it should.

There are many causes of hyperthyroidism.

The most common cause is Basedow’s disease, an autoimmune disorder which, through the formation of antibodies against the TSH receptor present on the thyroid gland, stimulates it to work more than it should; in this case, the thyroid gland is often larger but without nodules and is often accompanied by eye disorders (burning, photophobia, exophthalmos) that give rise to Basedow’s ophthalmopathy.

Hyperthyroidism, however, can also occur in toxic multinodular goiter; in this case, one or more nodules that have been present in the thyroid gland for years begin to function more than they should and produce excess thyroid hormones.

In Plummer’s disease, on the other hand, there is only one nodule in the thyroid (and not many as in goitre), which, by producing large amounts of thyroid hormones, causes hyperthyroidism.

Hyperthyroidism due to an excess of iodine or in the context of autoimmune thyroiditis (Hashitoxicosis) is less common, but not very rare, where damage to the thyroid tissue due to the formation of antibodies against the thyroid (anti-tyroperoxidase and anti-tyroglobulin) or infections leads to the release of thyroid hormones produced by the thyroid.

Finally, there are much rarer causes of hyperthyroidism such as TSH-secreting pituitary adenoma and choriocarcinomas, which involve hyperstimulation of the thyroid through increased TSH.

These conditions, along with other causes of thyrotoxicosis (taking drugs or substances containing thyroid hormones) share the same clinical manifestations.

Sexual disturbances such as menstrual irregularities (in women) and premature ejaculation (in men) are often present.

These symptoms, especially in Basedow’s disease, may be accompanied by other eye symptoms such as burning, photophobia and exophthalmos (protrusion of the eyeballs).

Hyperthyroidism is diagnosed by taking a simple blood sample and testing for free thyroid hormones (FT3 and FT4), which are very high, and TSH, which is usually low in cases of primary hyperthyroidism (i.e. due to thyroid causes).

To identify the type of hyperthyroidism we are dealing with, it may also be useful to test for autoantibodies, which may be more or less altered.

An ultrasound of the thyroid gland and, sometimes, thyroid scintigraphy are also essential to complete the diagnosis.

Therapy: how to treat hyperthyroidism

Once the cause has been identified, treatment is initiated.

In all cases, symptomatic drugs can be used to reduce the symptoms (beta-blockers), but depending on the type of hyperthyroidism, the most appropriate therapy is established.

Therapy may be pharmacological (using thyrostatic drugs to reduce thyroid activity), radiometabolic (using radioactive iodine) or, in some cases, surgical, with the removal of part or all of the thyroid gland.

Lymphangiomas And Lymphatic Malformations: What They Are, How To Treat Them

Lymphadenomegaly: What To Do In Case Of Enlarged Lymph Nodes

Swollen Lymph Nodes: What To Do?