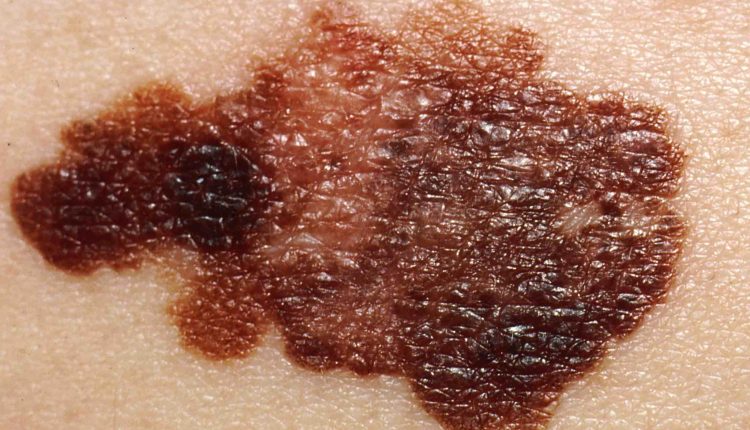 Melanoma: prevention and dermatological examinations are essential against skin cancer

However, when melanoma is detected at an early stage, definitive cure of the tumour can be achieved with a simple outpatient operation under local anaesthesia.

Melanoma: what it is and how to recognise it

Melanoma is a malignant tumour that arises from melanocytes, the cells in the epidermis that produce melanin.

In its early stages of progression, melanoma can be difficult to distinguish with the naked eye from a nevus, which is benign.

This simple, non-invasive examination can in most cases detect a melanoma even when it is not recognisable to the naked eye.

Moles: changes not to be underestimated

Observing one’s own skin – getting help in places that are inaccessible to one’s sight – is very important for melanoma prevention.

Here are the characteristics to be taken into consideration:

While the presence of one or more of these features should immediately bring that ‘mole’ to the attention of the dermatologist, it is always prudent to have a dermatological examination on a regular basis, starting in adolescence.

In fact, only about 30% of melanomas originate from pre-existing nevi (moles), while the remaining 70% develop in healthy skin.

The first tip for preventing the onset of melanoma is to take care of one’s skin from early childhood: the main risk factor, in fact, is exposure to ultraviolet rays.

It would therefore be a good idea to avoid tanning lamps and, when spending a lot of time outdoors, to always use a cream with a high protective factor, in addition to avoiding exposure to the sun in the middle of the day and sunburn as much as possible.

It is also essential, as we have already mentioned, to make a check-up visit to the dermatologist specialist once a year.

An appointment that should not be forgotten, especially in the case of individuals with a high number of nevi (>100), phototype I or II (i.e. with very fair skin, blond/red hair and blue/green eyes), those who have a first-degree relative with melanoma, or those who suffered sunburns during childhood.

What is dermoscopy and mole mapping?

As a rule, a dermatological examination to ‘check’ moles always involves dermoscopy (or epiluminescence microscopy), i.e. the non-invasive inspection of pigmented lesions with a small microscope connected to a light source (LED): the dermatoscope.

This, in contact with the skin, allows the dermatologist to detect signs of melanoma and other skin cancers before they are visible to the naked eye.

If the dermatologist identifies an atypical melanocytic lesion (a ‘suspicious’ mole) on dermoscopic examination, he will recommend excisional biopsy and histological examination for definitive diagnosis.

On the contrary, if, as is more often the case, the clinical-dermoscopic examination does not reveal any suspicious lesions, the dermatologist will assess the frequency with which subsequent examinations should be performed, depending also on the individual’s age and risk factors.

There is also a third possibility: that is, when, on the basis of the dermoscopic examination alone, a mole, albeit atypical, is not at that time so suspicious as to lead to its immediate biopsy.

Digital videodermoscopy (so-called “mole mapping”) makes it possible, through the archiving of digital dermoscopic images, to monitor over time the possible changes in individual suspicious nevi, making it easier to identify those early melanomas that might escape even dermoscopic examination and, for which evolution in the short term (4-6 months) is an important clue for diagnosis.

Similarly, digital videodermoscopy allows the patient to avoid unnecessary biopsy of nevi that show no change at subsequent examinations.

Combined with the acquisition of photographs of the entire body surface (total-body photography), digital videodermoscopy makes it possible to identify with greater certainty nevi that arise where there was no evidence of them in the past, and on which it might be advisable to focus more attention.

Who should undergo mole mapping and how often should it be done?

Digital videodermoscopy is advisable for people whose dermatological examination reveals one or more atypical nevi that need to be “kept under control”.

Precisely because they are suspicious, the dermatoscopic features of these nevi should be checked after a short period, usually 4-6 months, and then a decision should be made as to whether histological examination is necessary.

On the other hand, total-body photography combined with digital videodermatoscopy may be useful for individuals at high risk of melanoma: those who have already had a melanoma or who have a first-degree relative with this tumour, or those who have a very high number of nevi (>100), some of which are atypical.

In this case it is recommended that they be examined annually, at the time of the periodic dermatological visit.

Skin: What To Do In Case Of Folliculitis?

Childhood Psoriasis: What It Is, What The Symptoms Are And How To Treat It

Dermatological Examination For Checking Moles: When To Do It

How To Recognise And Treat Melanoma

Moles: Knowing Them To Recognise Melanoma