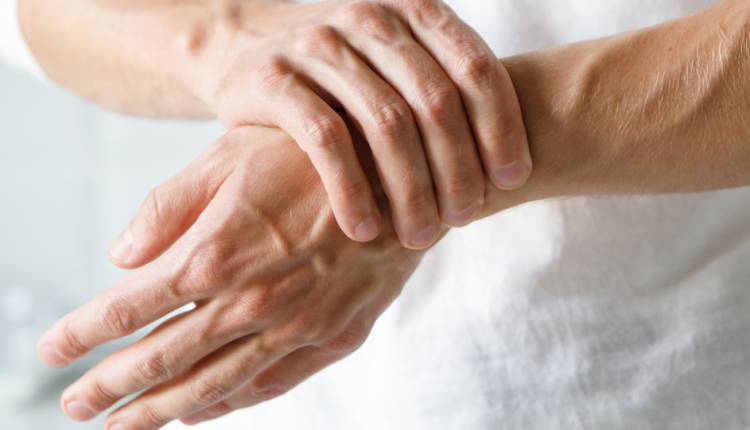 In Italy, rheumatologic diseases affect more than 5 million people (mainly women over 65) and are manifested in most cases by pain in the locomotor apparatus (joints and muscles), roughly divided into those secondary to arthritis, arthrosis and fibromyalgia.

It is very common for diseases to be initially confused with simple aches and pains caused by changes in climate, age or humidity, but in reality they can be severe chronic degenerative diseases, affecting joints, muscles, the skeletal system but also internal organs.

Delaying diagnosis and treatment can lead to a worsening of the pain symptoms, which can significantly affect the quality of life of patients, even, in the most aggressive cases, compromising the functionality of the affected structures or causing involvement of internal organs such as the lungs or heart in the case of arthritis.

The main symptom of rheumatologic diseases is pain, which can affect the patient at the joint, muscle and skeletal level, for example at the spine.

The pain caused by rheumatologic diseases has a greater or lesser intensity depending on the stage reached by the inflammation and the resulting joint degeneration.

When it comes to arthritis, such as rheumatoid arthritis, pain is associated with prolonged stiffness in the affected joints, especially in the morning when you wake up.

The pain of arthritis is therefore of an inflammatory nature and, associated with swelling and stiffness of the affected area, is a sign of a more complex inflammation involving the patient’s whole body.

Unfortunately, it is a condition that affects all ages, particularly women, and is caused by a combination of environmental, genetic and lifestyle factors, but its causes are still not completely understood.

When it comes to arthritis, it is important to recognise the type of arthritis at the time of diagnosis, so that the patient can be assured of the most appropriate treatment to alleviate the painful symptoms.

In the case of rheumatoid arthritis, for example, patients are now able to resume daily activities with the appropriate treatment (e.g. corticosteroids or biological drugs) and maintain an almost normal quality of life.

In arthrosis, the pain symptoms are long-lasting and can last for several years. This is because arthrosis is associated with wear and tear on the joint and, as a result, worsens with continued use or loading of the affected area.

The spine is particularly affected, especially the cervical and lumbar spine, hips, knees, and hands.

One of the main risk factors for arthrosis is weight, which increases the load on the joints: this is a modifiable risk factor, on which it is possible to intervene, while age, family predisposition and gender cannot be modified.

Arthrosis, in fact, is also a typically female pathology.

Although it is not possible to cure arthrosis, with the exception of prosthetic surgery, a series of treatments are available which intervene and control pain.

We are talking about systemic or local infiltrative therapies, based on hyaluronic acid. It is also important to combine therapies with an appropriate lifestyle, with particular attention to body weight.

A form of arthritis other than rheumatoid arthritis is psoriatic arthritis, which affects the joints (particularly of the hands and spine) of patients with psoriasis or a family history of psoriasis, particularly between the ages of 30 and 50.

The inflammation underlying psoriatic arthritis develops as a result of the immune system attacking cells in the body that it mistakenly recognises as targets.

Again, the hallmark symptom of psoriatic arthritis is pain, associated with stiffness and swelling.

Symptoms can be symmetrical as well as other types, such as dactylitis, in which pain in the fingers and toes is associated with swelling that makes the affected fingers look like ‘sausages’; enthesitis, in which inflammation develops at the point where tendons, ligaments and bone connect; or lower back pain related to inflammation of the vertebral joints (spondylitis) or the sacroiliac joints (sacroiliitis).

Gout is a very common form of joint arthritis, caused by an excess of uric acid in the blood.

Gout is an acute onset arthritis that is particularly painful, starts rapidly and manifests itself particularly at night, when the pain is accompanied by swelling and redness of the affected joint (in most cases the big toe).

The severe pain caused by gout often prevents sufferers from getting a good night’s sleep, so it is important to talk to your doctor at the onset of symptoms.

In the case of acute episodes, corticosteroids, non-steroidal anti-inflammatory drugs or colchicine are used to alleviate the painful symptoms.

In the case of repeated episodes, treatment will focus on reducing uric acid levels in the blood.

Fibromyalgia is one of the diseases characterised by persistent and widespread muscle pain.

Unfortunately, there is still no cure for this illness, which is accompanied by other symptoms in addition to pain, such as sleep disorders, fatigue, memory and mood swings.

Fibromyalgia particularly affects adult women and its causes are not yet known.

It can occur either as a result of a single physical or psychological trauma or gradually.

Patients suffering from fibromyalgia have continuous pain that is not justified by stimuli and an increased sensitivity of the brain to painful stimuli.

The main symptom of fibromyalgia is therefore intense, dull, constant pain, which is symmetrically distributed throughout the musculoskeletal system.

The pain increases when pressure is exerted on certain points of the body, the so-called tender points, which are fundamental in diagnosis while laboratory tests are persistently normal.

Treatment for this condition includes analgesics, antidepressants and antiepileptics, as well as necessary lifestyle modifications.

Medications and lifestyle against the pain of rheumatological diseases

As can be seen, there are a number of treatments available to help resolve or alleviate the pain symptoms of rheumatologic diseases, allowing the patient to return to normal daily activities.

The drugs most often used to contain the symptoms of rheumatologic diseases are analgesics, anti-inflammatory drugs, while therapy of the underlying disease may include glucocorticoids, biological drugs and other immunosuppressants.

In some cases, for example if the disease leads to damage to a joint, surgical treatment may also be necessary.

In the case of fibromyalgia, common pain medications are ineffective and it is necessary to proceed with different medications and lifestyle changes.

Patients suffering from rheumatologic diseases must also pay special attention to their lifestyle, which can help improve or worsen symptoms.

Therefore, it is important to maintain a balanced diet, exercise regularly, modulating the intensity according to one’s state of health, and reduce stress factors as much as possible.