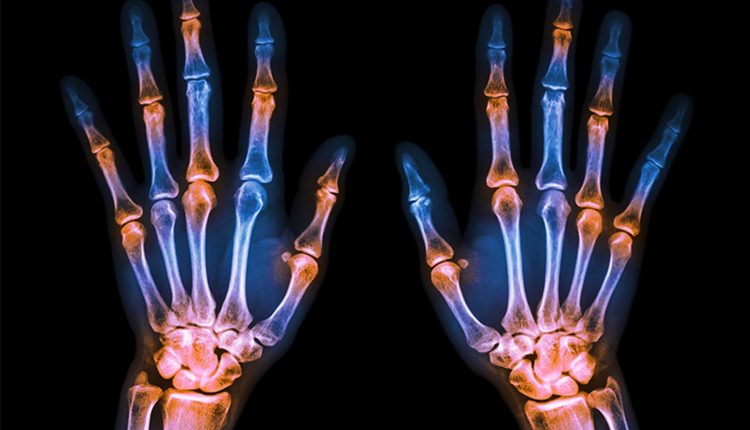 Rheumatoid arthritis is a chronic systemic inflammatory disease that mainly affects the joints; it is an autoimmune disease and is more frequent in women, especially between the ages of forty and fifty

This disease is not always easy to diagnose, the symptoms may be non-specific or present intermittently, which can significantly slow down the time taken to diagnose and treat it, reducing the therapeutic window in which treatment would be most effective.

Rheumatoid arthritis affects the joints, which are painful and swollen, causing permanent deformities over time

The small joints of the hands and feet are most affected, but the disease can affect any joint with a synovial membrane.

A characteristic symptom is morning joint stiffness, which can last for several hours and can significantly reduce the patients’ quality of life.

Rheumatoid arthritis, a disease not always easy to recognise

Symptoms are not always immediately associated with this disease, partly because in some cases they are non-specific and can be more simply attributed to something else, for example:

Don’t underestimate the body’s signals and if these symptoms persist, discuss them thoroughly with your doctor.

If rheumatoid arthritis is suspected, one of the steps in the diagnostic process is to look for two antibodies: the rheumatoid factor, which has been known for years, and antibodies against citrullinated proteins (ACPA/anti-CCP).

These antibodies are in fact very characteristic of patients with rheumatoid arthritis and can be detected in the patient’s blood even ten years before the disease manifests itself.

Antibodies are produced by the immune system to defend itself against attacks by external agents; however, in the case of autoimmune diseases (such as rheumatoid arthritis), the immune system recognises as external components that actually belong to the body itself and produces autoantibodies.

Active ingredients / Acitretin: when to use, what is it used for and what side…

Child health: an interview with Beatrice Grassi, creator of Medichild