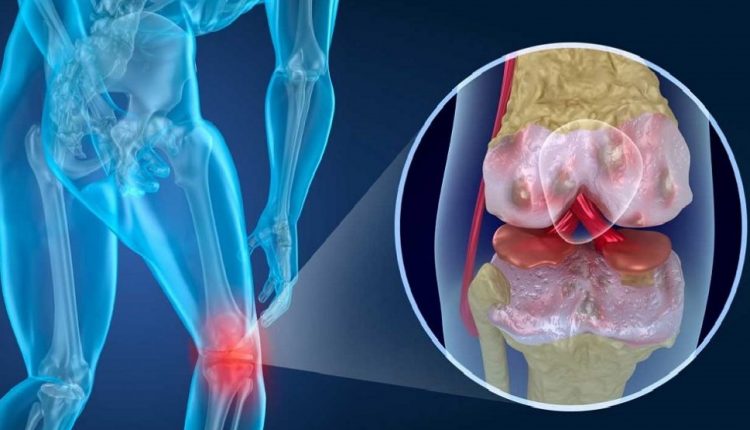 The first thing to do when talking about arthritis is to dispel clichés: it is not an age-related disease and should not be confused with arthrosis

When we are faced with joint pain, we need to understand whether it is triggered by damage to the joint, in which case it is arthrosis, or whether, conversely, it is caused by inflammation.

In these circumstances we speak of arthritis, and the onset can be extremely early, even before the age of 16 in the case of juvenile forms.

In the case of female patients, it can occur between the ages of 40 and 50.

Rheumatoid arthritis is a systemic and chronic disease.

It is therefore an inflammation of the whole body, but its symptoms are mainly localised to the joints for more than six weeks and can persist for years.

But what can be the sign of the onset of rheumatoid arthritis?

A joint pain associated with swelling and swelling of the joint.

Rheumatoid arthritis often initially affects the peripheral joints of the hands and feet and is a disease that largely favours the female gender.

This is because women generally have a better response to infections, but also a more impetuous immune system, which tends to give rise to autoimmunity.

It is almost impossible to find a person with a rheumatic problem who does not have pain.

But it is a more specific aspect that allows us to begin to distinguish between arthritis and arthrosis.

This is morning stiffness.

It is normal to have some difficulty in using your hands for a few minutes when you wake up, especially for fine movements, but if the stiffness lasts more than thirty minutes you need to pay special attention to it.

With the progression of the disease there may be real difficulties in using the small joints of the hands and feet.

Rheumatoid arthritis is most often a peripheral arthritis, generally symmetrical, which tends with time to move with the inflammation towards the centre of our skeleton.

Another symptom, as with most chronic inflammatory diseases, is fatigue, what we call asthenia.

Rheumatoid arthritis: what are the risk factors?

Women, as I said, are more susceptible.

Then you have to take into account genetics, so having a family history of rheumatoid arthritis, but also environmental factors.

One of the most important is cigarette smoking, and then oral hygiene, as certain bacteria in the oral cavity seem to favour the onset of the disease.

Rheumatoid arthritis and its links to the heart

Rheumatoid arthritis is a systemic disease, which affects the whole body, including the heart.

Chronic inflammation is in itself a risk factor for developing atherosclerosis faster, i.e. the narrowing of the arteries that impairs proper blood supply.

Uncontrolled rheumatoid arthritis increases the risk of heart attack or stroke by 50%, which is why it is necessary to convince people with this disease not only to stop smoking, but also to control their body weight.

The impact of rheumatoid arthritis on daily life

Rheumatoid arthritis, therefore, is a disease that also has an impact on a patient’s personal life.

Today we have the tools to diagnose the disease earlier and more quickly, treat it more effectively to prevent its long-term consequences, especially in terms of disability, and minimise the impact it can have on quality of life.

It is not enough for the treatments we offer to be good as far as we can objectively assess them: it is increasingly important that they also bring about a significant improvement in patients’ quality of life, including their social life.

What are the treatments for rheumatoid arthritis?

Treatments for rheumatoid arthritis have been revolutionised in the last ten years.

This does not mean that the old drugs such as methotrexate should be abandoned, but that the likelihood of the patient living a normal life is much higher than the reverse.

We have two categories of drugs to thank in particular: biotechnological drugs (commonly called ‘biologicals’), generally antibodies which are molecules that have an extremely precise target outside the cell, the cytokines, and the newer oral drugs, which we call ‘small molecules’, which just as precisely target mechanisms inside the cell.

Patients with rheumatoid a. should not be put at rest.

Asthma: from symptoms to diagnostic tests