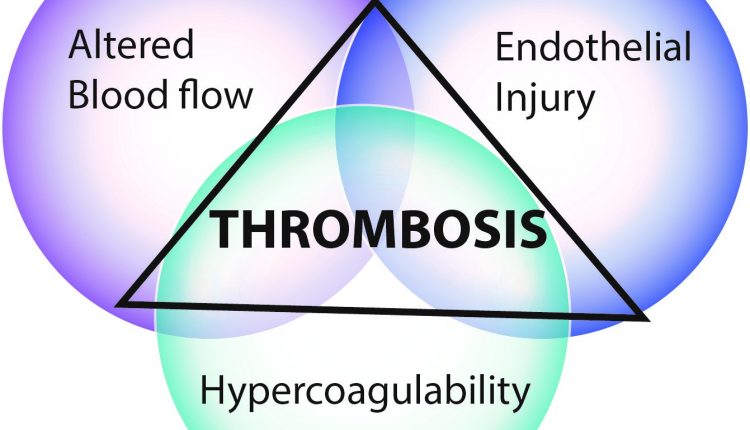 Virchow’s triad (pronounced: ‘virciu’) in medicine describes the three broad categories of risk factors that are believed to contribute synergistically to thrombosis

The three factors of Virchow’s triad are:

However, the elements that make up Virchow’s triad were neither proposed by Virchow nor did he ever suggest a triad to describe the pathogenesis of venous thrombosis.

However, the modern understanding of the factors leading to embolism is similar to the description given by Virchow.

Despite its origins, after 100 years, Virchow’s triad still remains a very useful concept for physicians and pathologists in understanding the factors underlying thrombosis.

Venous Thrombosis: What It Is, How To Treat It And How To Prevent It

Cardiac amyloidosis: what it is and tests for diagnosis