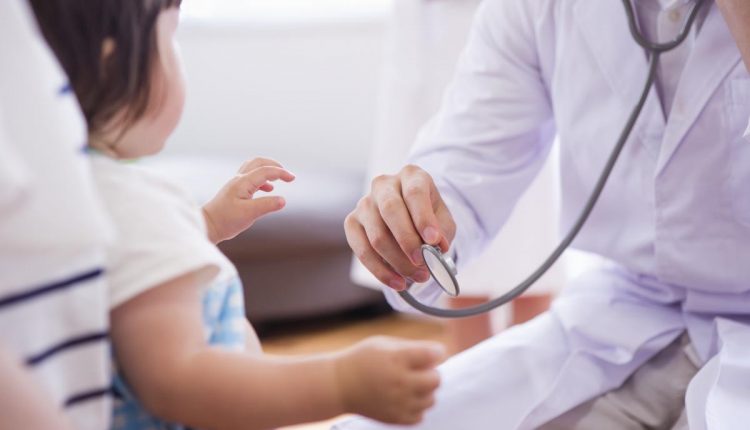 As far as the hand is concerned, it is estimated to have an incidence of 1 in 2,000 children, often ending up representing not only an aesthetic problem, but also a functional one that not infrequently results in significant psychological difficulties.

What is syndactyly and how does it occur

Syndactyly, from the Greek ‘syn’= together and ‘daktylos’= finger, are congenital malformations, i.e. present at birth, involving two or more fingers, toes or both, that appear as fused together.

This is a pathology that can present itself as isolated, but is often also part of more complex clinical pictures, in association with various syndromes characterised by the presence of multiple malformations.

In approximately half of the cases, syndactyly is bilateral, i.e. it affects both the right and left side of the body.

The diagnosis of the condition is made at birth, as it is easily detected by the doctor even with the naked eye.

Usually, an X-ray is also performed in these cases, so as to assess the state of the fusion and whether it is a simple or complex form.

Of particular importance in these cases is also the search for any concomitant malformations that the newborn may have.

This pathology arises because in the embryonic, i.e. foetal, stage of the child’s development, the natural evolution of the fingers from a compact structure to distinct and separate conformations does not occur, as it does in the normal course.

The reasons why this differentiation does not take place may be different and not entirely known.

One can speak, in fact, of factors

How syndactyly is treated

In the case of simple syndactyly in the foot, the impact is usually mainly aesthetic, so there is generally no strict indication for surgical correction.

If, on the other hand, the malformation affects the fingers, there is almost always also a functional disorder that may require one or more corrective operations.

In complex forms, the various steps to be followed must be planned in the most appropriate manner by the doctor together with the child’s family.

At what age to carry out the intervention

The recommended age for surgical correction of syndactyly ranges from 1 to 4-5 years of age, so that the course of treatment is completed before the start of the school cycle.

In more severe cases, however, an extension of treatment may be necessary, bearing in mind that the second important stage to be observed is puberty, in anticipation of which the surgical reconstruction should be completed.

In complex forms, consideration must be given to

For this reason, these are surgical procedures that must be performed in an appropriate environment and by a specialist with experience in the field.

What is syndactyly surgery

The surgical procedure for finger separation varies in complexity depending on the severity of the malformation detected and, since it is for paediatric patients, is preferably performed under general anaesthesia.

In the surgical separation phase of the fingers, the surgeon must take care to respect the blood vessels and nerve structures, so as to preserve the vascularity and sensitivity of the area.

The reconstructive phase, on the other hand, frequently requires the use of a skin graft, often taken from the inguinal fold, where the scarring outcomes are aesthetically the best and sometimes almost invisible with the passage of time.

If possible, and if present, bone fusion issues are also attempted at this stage.

One element that, in particular, requires a great deal of experience on the part of the surgeon, is the reconstruction of the nails when they present as fused together.

After the corrective operation, dressings are carried out, which may also be accompanied by the use of topical creams in order to keep the area clean and protect it from the risk of infection, as well as to promote tissue healing.

In addition, in complex forms, which may require the use of synthetic means, it may also be necessary to use custom-made rigid orthoses to facilitate correct positioning of the fingers, as well as physiotherapy rehabilitation to regain full function of the limb(s).