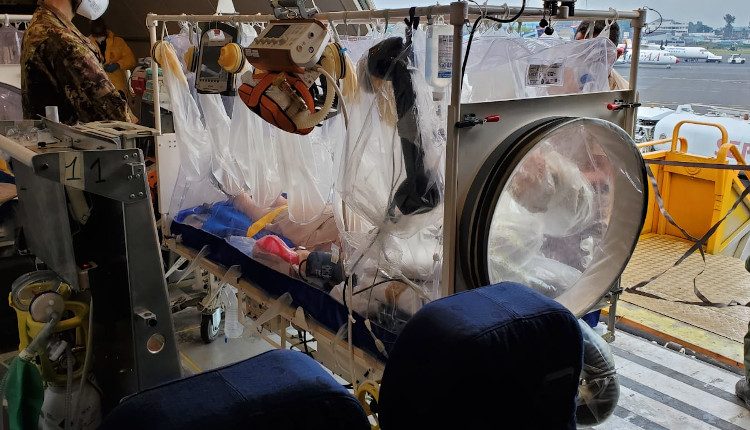 HEMS and MEDEVAC: the objective is the same, but it is the risk and the emergency scenario that is somewhat different. This is, in very direct terms, the difference between HEMS and MEDEVAC

But if we want to go into more detail, here is what can be said about the two types of rescue/emergency and what the main differences are.

Let’s start by explaining what HEMS does

Long defined as Helicopter Emergency Medical Service, this is a type of helicopter rescue specifically for the health sector.

It is used when a ground vehicle (such as an ambulance) cannot reach a complicated and isolated location.

Generally, extraction by means of a winch is envisaged, but it is also possible to achieve a landing defined as “off-field”, i.e. a situation in which the helicopter can also land on the ground, in non-urban or inhabited areas – provided, however, that these are places which are not hostile to its presence or its medical team.

The patient can then be transported to the nearest hospital, or at least to a safe place.

To this must be added what happens with MEDEVAC

Defined for a long time as Medical Evacuation, there is the essential difference that this type of transport is in many ways military, i.e. it can mean the extraction and transport of wounded in hostile places.

This can also be defined as helicopter rescue in war zones or much more dangerous ones, but in truth a MEDEVAC also falls under the use of many other different means.

For example, in the case of the use of an aircraft or helicopter, the more correct term is AirMedEvac (or Aero Medical Evacuation).

Therefore, MEDEVAC Medical Evacuation is applied not only for helicopter travel, but also for air travel

This can include scheduled jets with which up to almost 300 passengers can be transported.

The reason for this is the need for an extraction based on three factors, defined as short, medium and long haul.

This is because particular scenarios may require transport far beyond the country of departure, for reasons ranging from war to various lacks of stability in political or social matters.

As such, long-haul MEDEVACs can reach up to 10,000 kilometres, naturally with the use of the appropriate vehicle (e.g. an Airbus A310)

But precisely because this term can be used in the military sphere, as well as just to describe an extraction from a hostile location over several radii, one can also refer to MEDEVAC as a rescue method that applies to all types of transport (land, air and sea).

In the case of extraction of wounded military personnel, the term is also referred to under the branch of TCCC (Tactical Combat Casualty Care).

As with HEMS, such an operation can also begin as a normal SAR (Search And Rescue) operation, which can be defined as an initial Helicopter rescue and finally a long-range transport, as defined by evacuation.

Obviously such an occasion can incur civilian or military casualties, which is why the MEDEVAC is defined with all these additional rules and distances set for the journey.

Not only for the military at the end of the day: for example, the coast guard can also call a helicopter extraction a MEDEVAC, considering that it is a navy corps.

So the term can also be extended to the Carabinieri, for example, who can use helicopter transport to extract casualties in the field and get them to safety as quickly as possible.

Of course, we can also go into the difference in equipment between the two methods, but they are actually very similar (if we are talking about the medical field, of course, and not the military field) and as such we can assume that, apart from the difference in means, the equipment used to stabilise a patient and bring him to safety is very similar to that normally used for a HEMS, only in more particular quantities as regards the use of airliners, given the particular purpose for which they are used.