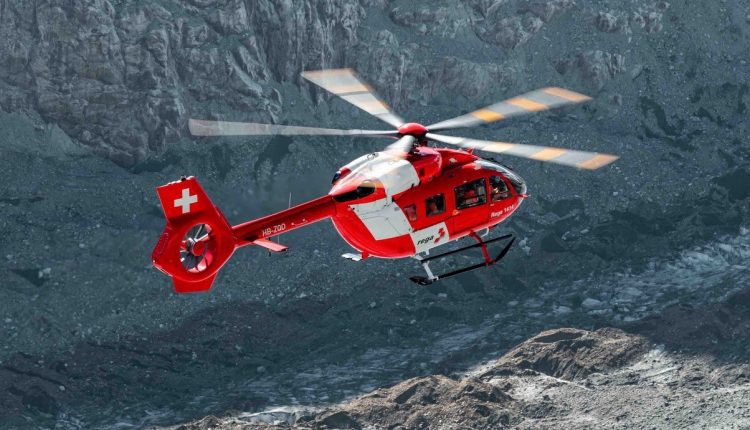 Rega, the Swiss Air-Rescue, has ordered a second batch of 12 H145 five-blade helicopters for use at its mountain bases. These will replace the current fleet of AW109SP helicopters

The new order follows a first contract for nine H145s, announced in March this year.

“To effectively manage air rescue services in Switzerland, we know that the ability to operate optimally at altitude is crucial,” said Bruno Even, CEO of Airbus Helicopters.

“The H145 pentapala landed on Aconcagua, Chile, a mountain almost 7,000 metres high: no other twin-engine helicopter has ever achieved this feat.

This is why we are particularly proud that Rega has opted for the H145 pentapala and decided to make it the only helicopter type in its fleet that is capable of performing such critical missions.”

“By choosing the five-bladed H145 we are ensuring that Rega can continue to provide its patients with reliable and professional air medical care for the next 15 years,” said Ernst Kohler, CEO of Rega.

The H145 five-blade aircraft will be equipped with a state-of-the-art navigation system, specifically tailored to the operator’s needs, which will improve mission capabilities and the safety of operations.

It integrates and controls a multi-sensor system that provides highly accurate and reliable navigation capabilities.

Even if the GPS signal is lost, the helicopter will navigate safely thanks to Thales’ inertial navigation system.

The configuration also includes a new Vincorion hoist, which is being certified on the H145 pentaplane, ensuring the highest safety standards.

In total, more than 1,600 helicopters of the H145 family are in service, totalling more than seven million flight hours.

It includes a high-performance 4-axis autopilot, which increases safety and reduces pilot workload.

The particularly low noise footprint makes the H145 the quietest helicopter in its class, while CO2 emissions are the lowest among its competitors.