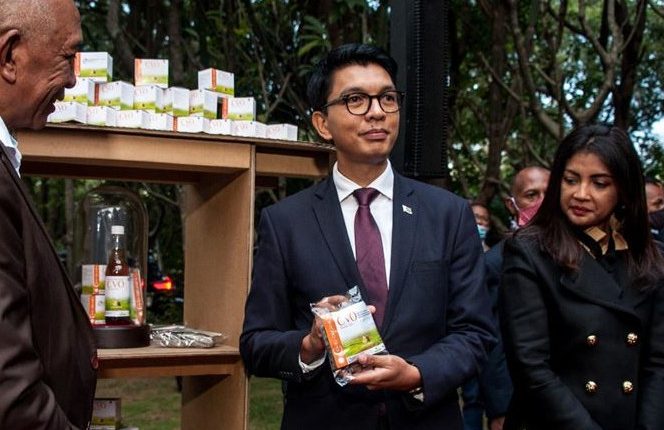 A new remedy made of artemisia has been promoted by the Madagascar’s President Andry Rajoelina. It would be used to treat COVID-19 patients throughout the African country. But the WHO (World Health Organization) warned him about the efficacy of such untested cures. However, it seems that the President is not keen on letting it go.

A new “herbal tonic”, as the BBC called it, is now on the market of the Madagascar. The Malagasy Prsident of Madagascar is convinced that COVID-19 can be beaten with a traditional drink made from artemisia’s leaves. The WHO has warned him, pushing him to avoid that remedy on people without having it tested properly.

The World Health Organization has been severe with President Rajoelina, urging not to treat Africans as guinea pigs and pushing him to provide scientific evidence of the effectiveness of the remedy.

However, this alarm did not find President Rajoelina, who continues to promote the drink, bottled and labeled as “Covid-Organics”. As the official magazine dire.it reports, on the social media, the president would be defined as “the new Thomas Sankara”, or rather not, on the contrary, only “an opportunist pan-Africanist”.

According to the Continent, a South African newspaper, it si reported that Rajoelina is allegedly violating Article 8 of the Constitution of Madagascar, “which prohibits subjecting a person to a medical or scientific experiment without his free consent”.

While acknowledging the importance of traditional medicine, made it clear that it wanted to adopt only products validated by a scientific study, The Continent recalls that the Economic Community of West African States (Ecowas / Cedeao) expressed doubts, too.

The clinical practice of emergency medicine in Mahajanga, Madagascar

Air Ambulance in Nigeria – They come from the sky, they are the Flying Doctors!