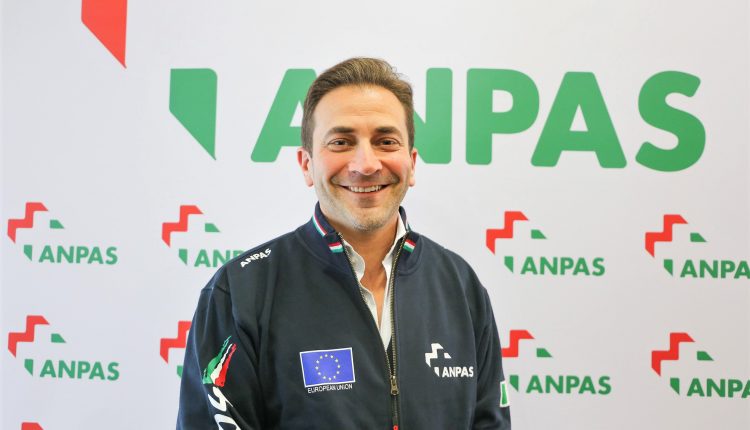 The 54th ANPAS Congress ended a few days ago, and a new national president, Niccolò Mancini, was elected. Our interview

Imagining the Italian volunteer and rescue world without ANPAS would simply be impossible: we are talking about more than 100 thousand volunteers and about 1,600 professional operators, with more than 2,700 ambulances scattered throughout the country.

Impressive numbers, which tell the story of the path and the journey made over the years by the Public Assistances.

The interview with Niccolò Mancini, President of ANPAS

The newly elected president immediately strikes us with his naturalness and immediacy of manner, which naturally facilitates dialogue and puts his interlocutor at ease.

What emerges is a candid chat that touches, even more than on specific topics, on the values within which ANPAS has moved, is moving and will move.

‘I am a volunteer,’ says President Mancini, describing himself, ‘born in the Florentine Public Assistance Service back in 1996, and there I consummated my experience as a young post-adolescent.

So animated was I to be able to do something good in our community, and over the years I have broadened this aspiration a little from the point of view of scale, also stimulated by the desire to relate to people, an opportunity that is frequent in Public Assistance.

There I grew as a volunteer, first dealing with training as well as the day-to-day operations in which a volunteer wants to immerse himself, gradually accumulating some responsibility, and then I immersed myself in the activities of the movement at regional and then national level”.

An election always comes as a consequence of a project, of a vision of the future: what are the guidelines within which ANPAS’s action will move in the near future?

‘I believe,’ explains Niccolò Mancini, ‘that it is common knowledge that we are going through a historical juncture, and so the conceptual and cultural framework we have been accustomed to in tackling problems, in interpreting phenomena that then lead to building solutions on the ground has changed somewhat.

In this sense, I believe ANPAS expresses a very strong desire to be the interpreter of this change and thus to express solutions that can once again be made available to territorial communities as well as to individuals.

And that it somehow has the ambition to represent that guarantee of adapting to this change with the efficiency, effectiveness and reliability that has been demonstrated over many many years.

In all this, the idea of being a volunteer remains fundamental to us.

Volunteers therefore also mean freedom in the interlocution with the various social actors, and freedom in the perception of need: Public Assistances are historically frontier places, people often refer to us for the most common needs.

The desire that has matured over these months, in the congress experience, is to position ourselves as a bridge between public and private, between the needs of the individual and the interests of the community.

The goal is to create critical mass around the idea that it is possible to have a fairer society through collective commitment.

Another objective is a little more ‘internal’, that of creating a ‘school’ of public assistance, as a place in which we invest the idea of thinking about the major issues and criticalities that are placed before us.

Lastly, one goal is young people: one of the themes that emerged from the last regional congresses highlighted the need to cultivate as close a relationship with the world of youth as possible.

These are, broadly speaking, the ideas that have matured’. 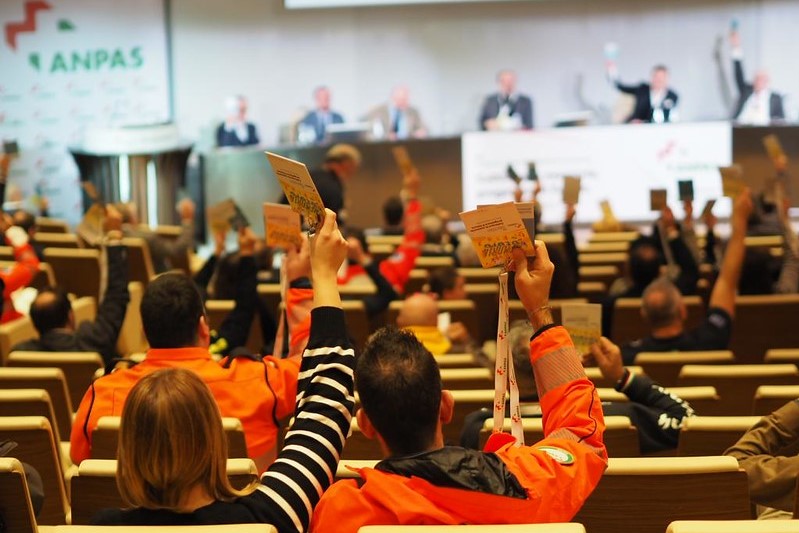 The past few days have seen the International Volunteer Day. What value do we give to this reality, in today’s Italy?

‘I believe that volunteering today,’ answers the ANPAS President, ‘represents one of the keys to the solution that our ‘system of society’ offers us.

It is one of the elements around which a whole series of social ties can be rebuilt and re-established that in some way go beyond simply meeting a need: rebuilding a sense of community, of shared social responsibility.

But also that it can open us up to new forms of interpretation that go beyond market models, in the sense that within the market economy volunteering can be, as I mentioned earlier, a bridge between market economy and social economy.

Both are necessary, I do not read them as a clear alternative to each other but in a form of integration’. 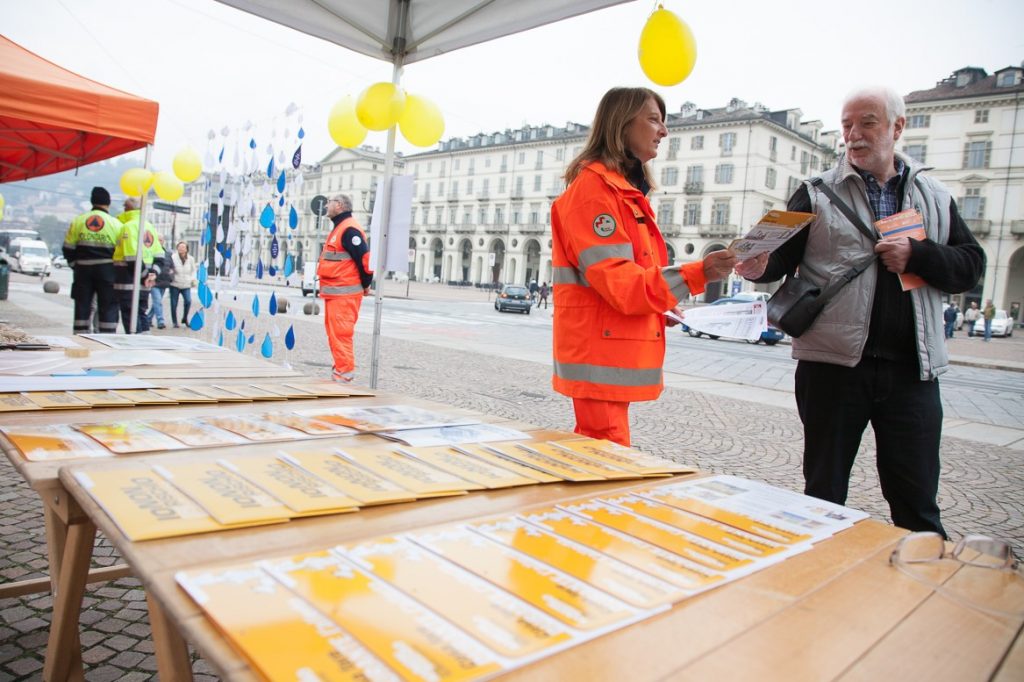 Cyclically, the proposed reform of Emergency System. Which in reality is never even discussed in Parliament. In it, too, there is talk of the role of the voluntary sector: what is your opinion on this?

‘The question is extremely complex,’ reflects the new president, ‘to which one person alone may not be able to give a complete answer.

Why? Because the italian Emergency System is complex and has very different actors.

As far as we are concerned, I think it should be emphasised that in that system the world of volunteering has expressed its capacity, I would go so far as to say that it has proved to be one of the founding elements of that system, supporting it over the years in a subsidiary manner.

I believe that in relation to volunteering, with respect to such a sensitive issue, it can express so much.

There are specific needs, we call for a homogenisation with respect to the areas that concern us, which are those of intervention, assistance and rescue in the territory.

A homogenisation of procedures, protocols, training, but in a way that is sustainable for volunteers.

I believe there are points to be emphasised: first of all, the function of the national networks, which can be the guarantors of the quality of the final contribution that volunteering can make.

All the functions of proximity to the citizen, and of liaison between the various interlocutors of the health system.

And all the aspects of ‘education’, training of citizenship’. 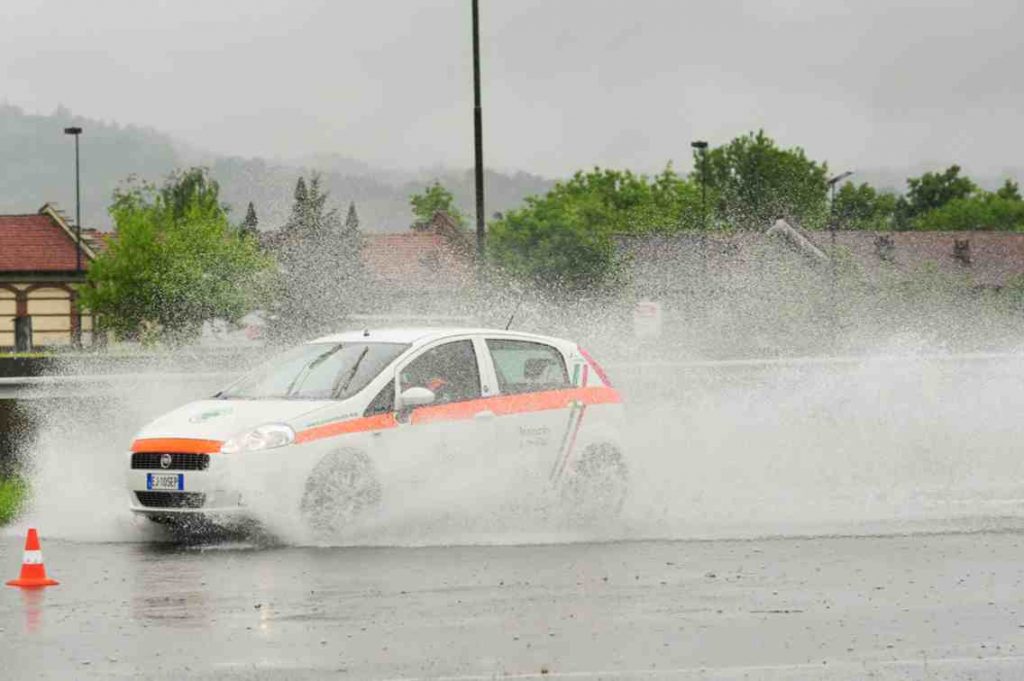 Let’s talk about civil protection: an increasingly important resource in this historical phase of climate change. What will ANPAS be like in the coming years? Need for means? Of training?

“It is undeniable how the commitment has grown over the years, in an evident way, and we have seen this especially in the last two or three years of events that have been linked,” explains Niccolò Mancini.

“The evolution of the experience of the Civil Protection system,’ he continues, ‘I believe it must be consummated on two fronts: one is interventionist, in the sense of being ready and prepared for emergencies, whether of a hydrogeological or other nature; on the other hand, we know that, in some way, we prepare for risk.

In this sense, therefore, the component of education, training and awareness towards citizens, starting with schools, and adults in need of information.

Much can be done on this, just as much can be done with respect to an idea of a civil protection activity that is always active, therefore both in emergencies and in quiet periods.

It will perhaps be necessary to rethink the dislocation of resources and equipment on a national level, so that macro-areas are present in the various territorial components’. 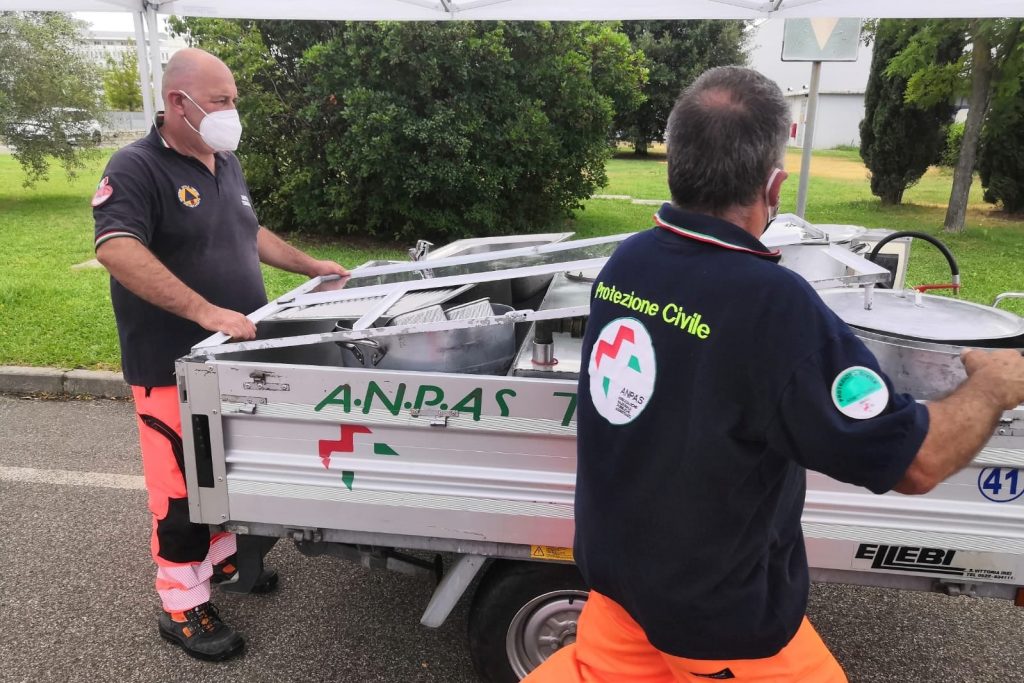 Now let’s talk about ambulances: the energy crisis is hitting hard, the increases are unfortunately felt especially by voluntary associations. What answers do you expect from the institutions?

‘This is also an absolutely topical issue.

The direct answer that could be given is that help is expected, especially for the small organisations on the ground, because they are the ones that really guarantee a lot of proximity activities, also creating that bridge effect between the institution and the citizen’s need.

It is logical that we make this request in the knowledge that a sense of responsibility is needed on all sides, in the sense that we too know that the public coffers, especially at the regional level, have been put to the test with respect to the emergency from which we are emerging.

So attention is needed, help is needed, measures are needed to lighten the burden on the associations, but with a sense of responsibility.

There is a great awareness on the part of all the national networks with respect to this serious problem, and we are all taking an active part in trying to channel these interventions to this world, which truly guarantees so much with respect to people’s needs’. 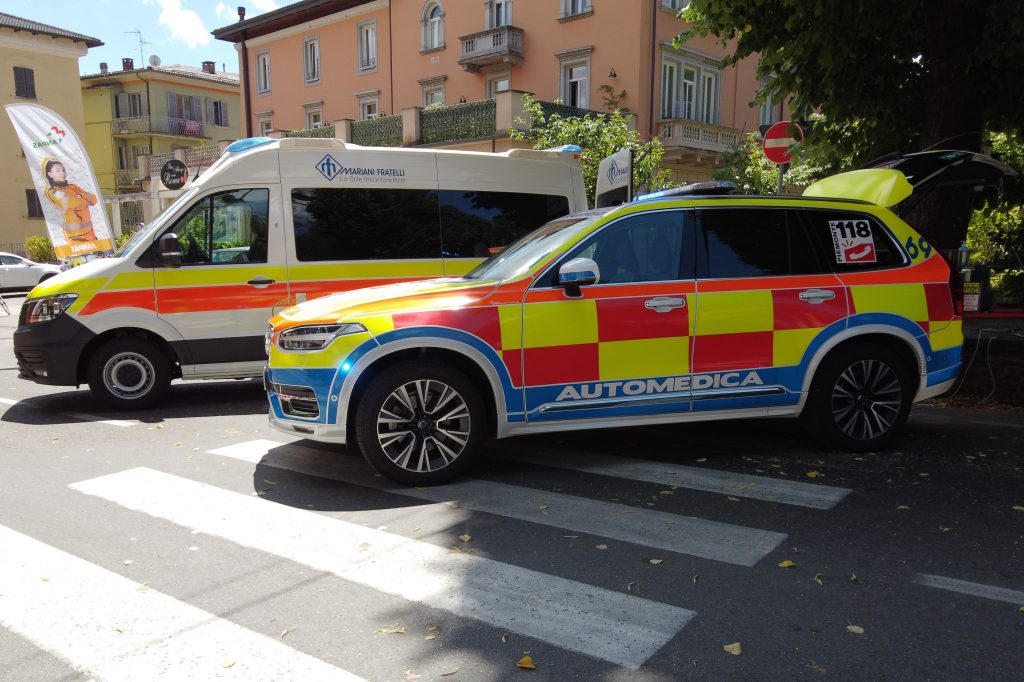 We conclude with a smile: I wanted to ask you how the moment of your election was on an emotional level, and to express a wish and greeting for your volunteers

‘I confess,’ smiles President Mancini, ‘and I confessed this very openly to those who were standing in front of me at that moment, that hearing my name pronounced in a context that represents a cross-section of my life, more than 50 per cent of my existence, was a great and sincere emotion.

Especially because I have the ‘flaw’ of still believing in this system of Volunteering and in the network that I now have the honour of representing.

And so it was a great emotion, needless to say.

An emotion amplified by the feeling of being able to do something you believe in.

Saying goodbye to the volunteers was the first thing I did shortly after the appointment, because I felt the need, because that’s where I came from and I think that’s where I’ll stay.

I described them at that moment as the lifeblood: the volunteer is something very precious indeed.

The idea would be to welcome them all in a big hug and tell them ‘come on guys, let’s go forward proud of what we are doing and with the enthusiasm we have always had’.

We leave ANPAS President Niccolò Mancini reflecting on his vision of the future and the project points he expressed: ‘idea’ is perhaps the word he repeated several times, along with ‘training’ and ‘bridge’.

Three words that alone express much of what we will observe in the months to come. 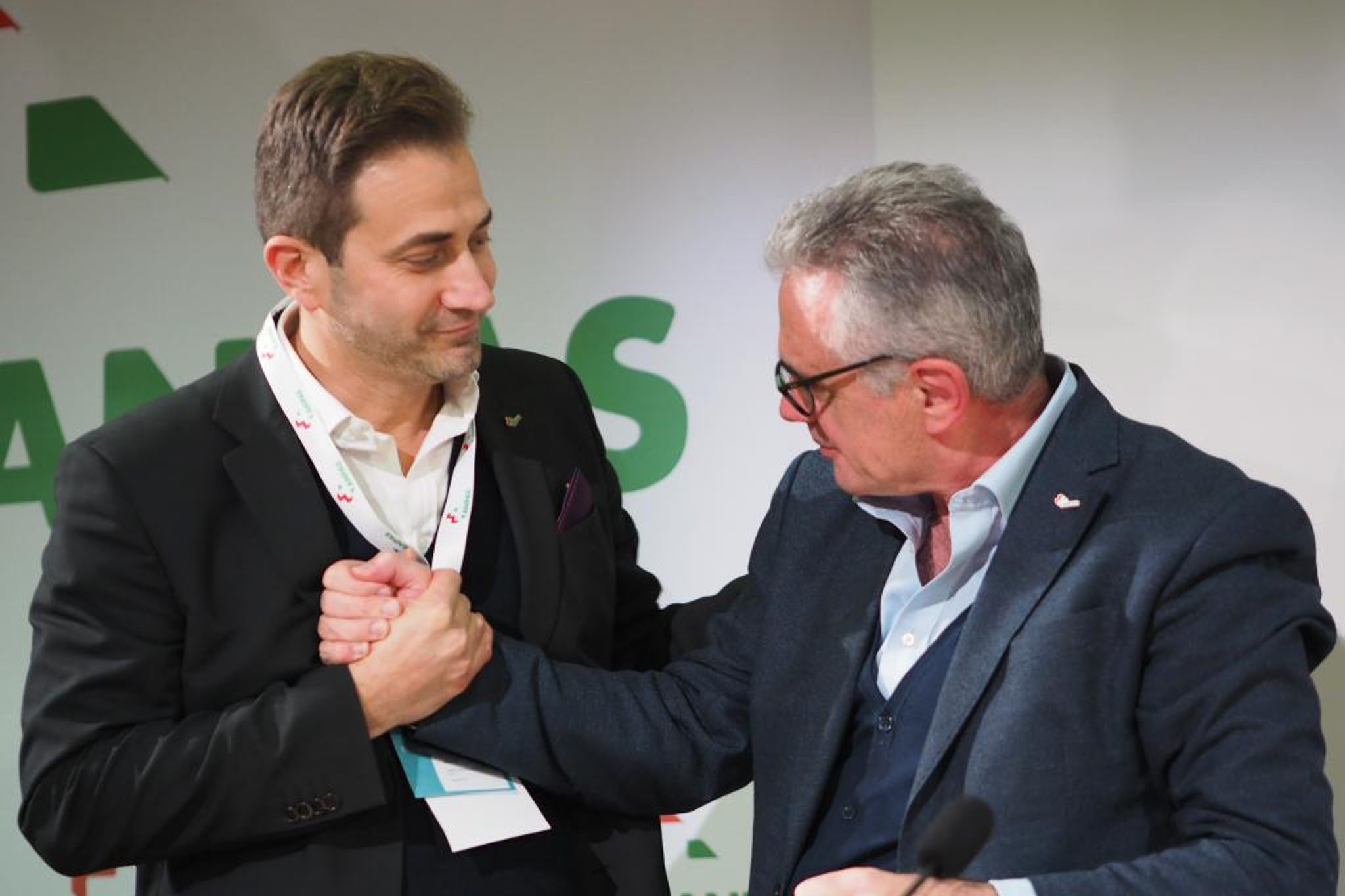 For the interview with the new ANPAS President in its entirety, watch the video (Italian language, possibility to choose subtitles):

Porto Emergenza And Intersos: 6 Ambulances And A Thermocradle For Ukraine

Emergency, The ZOLL Tour Kicks Off. First Stop, Intervol: Volunteer Gabriele Tells Us About It