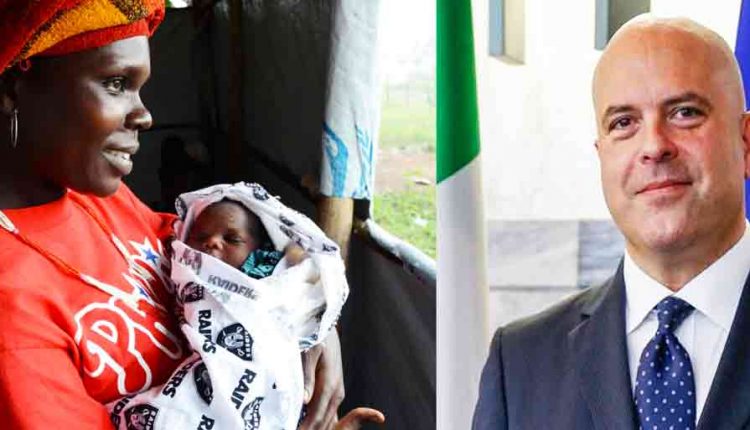 The voice of AICS reports the coronavirus in Uganda. Food and border control are the challenges

The social distancing measures implemented by Kampala have left many families without income and daily jobs. Massimiliano Mazzanti, Ambassador of AICS (Agenzia italiana per la cooperazione allo sviluppo) in Uganda explains that the agency will give support to the weak part of the population.

Coronavirus in Uganda: the declaration of AICS

“With the offices of the Agenzia italiana per la cooperazione allo sviluppo (AICS) in Nairobi and Addis Ababa, we are studying how to support populations affected by the effects of coronavirus in Uganda. The intervention will be aimed in particular at refugees, but also at the Ugandan communities that welcome them, to avoid creating economic differences and access to services and therefore tensions “, Massimiliano Mazzanti reported.

The social distancing measures implemented by Kampala have left many families without income and daily jobs. Aware of this situation, Mr Mazzanti explains: “With AICS we are studying which are the sectors that need an immediate of intervention since many organizations already operate in the country”. Once the needs among the refugees have been identified – over a million in the country – “we will establish a package of aid to be delivered quickly”.

Mazzanti on Coronavirus: not only Uganda, but also Rwanda and Burundi

Mr Mazzanti reported that Rwanda already has many tools to deal with the emergency. On the other hand, Burundi is living a complex situation because of the presidential elections of 20 May. The matter of supplies delivery will have to be discussed again after the presidential elections. For a long time, most Italian NGOs have no longer be operating as the country has gradually has closed its borders. The priority of Mr Mazzanti, is to collaborate after the elections will be finished.

What about the African states’ borders during coronavirus?

The authorities of Uganda acted very quickly to avoid COVID-19 infections. They triggered social distancing quickly, as the first thing. Other main challenges will be given from population sustenance. For now, the confirmed cases are about 80 and no victims.

In recent days there has been a new threat posed by land borders, because positive cases have been found among the truck drivers, and then there are the cross-border ones who pass by on foot. This is what Massimiliano Mazzanti said who is now in Kampala to control the situation.

Uganda: the problem of families’ incomes during coronavirus lockdown

The problem which followed the lockdown is the lack of jobs. “Here we live on daily jobs,” says Mr Mazzanti: “Limiting transport, imposing a curfew from 7 pm to 6 am and banning non-essential commercial activities left many people without income.”

A discontent also resulted in riots repressed by the police, as media and human rights organizations have witnessed in recent days. “Unfortunately it happened in many African countries” continues Mr Mazzanti.

“In Uganda, the state intervened with various measures, such as the distribution of food in the most disadvantaged neighborhoods”. Like many African countries, Uganda knows how to manage an epidemic. For this reason, priority has been given to the closure of airports, including Entebbe which serves Kampala and acts as a hub to neighboring states.

What are the priorities right now according to Mr Mazzanti?

“In the last few days, however,” the ambassador stated, “several truck drivers from Kenya or Tanzania have been resulted positive for coronavirus.” Uganda has blocked the entry of people from abroad but has ensured the transportation of the products, in order not to miss the supply of food and fuel.

However, as soon as “imported” cases were discovered the authorities acted by developing a mechanism with which they can track the positive people, thus allowing entry only for those who do not have the coronavirus.

According to the ambassador, another challenge is the “permeability” of the borders, which are normally crossed by foot by workers or entrepreneurs every day. As additional protection, Mr Mazzanti reports, the Kampala government has deployed soldiers along the borders.