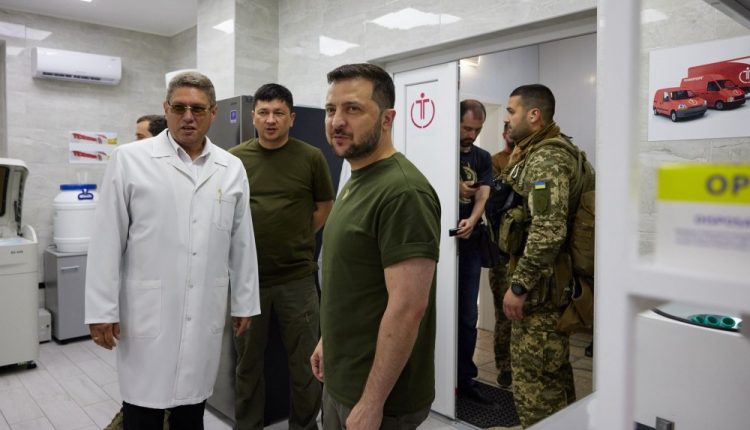 During a working trip to the Mykolaiv region, President of Ukraine Volodymyr Zelenskyy visited the ambulance hospital of the city of Mykolaiv

The Head of State observed the medical laboratory, the computer diagnostics room and the surgery department.

The President also spoke with servicemen and civilians who are receiving medical treatment here after being wounded by enemy shelling.

Volodymyr Zelenskyy inquired about the patients’ health and wished them a speedy recovery.

“I want to thank you for your great work, for the fact that you treat patients as humanely as your relatives.

And for being heroic people. You save the lives of everyone – both military and civilians. I want to wish you and your family and friends good health!” said the Head of State.

Ukraine, Government Announcement: ’60 Ambulances From The UK To Replace Those Destroyed By Russian Troops’

Presidency of the Ukrainian Republic

Teledyne FLIR and Teledyne GFD together at Interschutz 2022: this is what awaits you in Hall 27, Stand H18