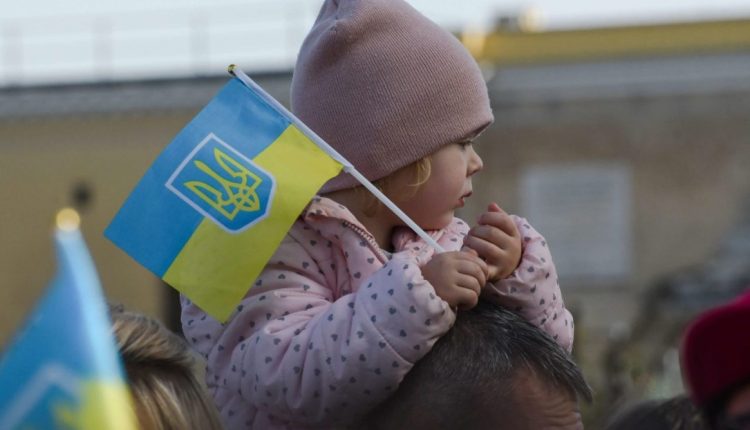 In Kiev, the Ukrainian capital, treatment of children with cancer continues with difficulty, the non-profit organisation Soleterre launches a fund-raising campaign

Children with cancer in Ukraine, the note from Soleterre

We are constantly guaranteeing cancer treatment to the 15 young patients admitted to the National Cancer Institute in Kiev.

The children are currently continuing their treatment in the basement of the hospital to protect themselves from possible bombings.

With them are their families, the doctors and the head of the department”. The Foundation said in a statement.

“Other children have been transferred to the paediatric oncology ward at the hospital in Ternopil, further west of Kiev.

Treatment for children with leukaemia is also continuing at Lviv hospital.

We’ve bought all the drugs we can from within the country and now the aim is to bring in more from Europe.

We have bought all the drugs we can at the moment for children with cancer, and we are preparing to bring in others from Europe and other countries,” the note continues.

This emergency”, concludes Soleterre, “requires everyone’s help, which is why we have launched a fundraising campaign: your solidarity saves lives”.

Here is information for donations.

UKRAINE, THE TESTIMONY OF ONIPKO (SOLETERRE): “THE CHILDREN ARE AFRAID”

“Here there are children who are fighting for their lives against cancer and who now also have to fight against Vladimir Putin’s follies.

With them are also minors who have already been through the 2014 conflict: the same thing, they are experiencing the recurrence of the disease, and now also that of the war”.

Natalia Onipko, coordinator of the humanitarian projects of the Italian NGO Soleterre in Ukraine, which also manages the structure from which the manager is speaking, speaks about the shelter basement of a home for oncological children in Kiev.

The context of the testimony, in a video message on Friday 25 February that also shows the interiors of the rooms in the shelters, amidst beds, cartoons and televisions showing the conflict, is that of the military operation launched by Russia at dawn on Thursday.

Soleterre in Kiev intervenes at the National Cancer Institute: looking after the children of Ukraine

In view of the situation, the organisation decided to urgently transfer four families of minors to a hospital in Ternopil, the capital of the region of the same name located 360 kilometres east of the capital and just over 200 kilometres west of the Polish border.

The NGO reports that it is ready to ‘start the treatment protocols of the children transferred from the Cancer Institute and equip a reception facility’.

Those who have remained in the capital meanwhile take refuge in the semi-basement of the ‘Dacha’, the name of traditional Russian country houses, which for Soleterre is a home for children undergoing treatment for cancer.

“They are very scared,” reiterates Onipko, also president of the local association Zaporuka, who then adds, almost as if to make an appeal: “It is very difficult, many children have lived through the 2014 conflict, when the world did not want to listen to us, believing that it was a civil war but only a war of Russia.”

The reference is to the conflict that arose eight years ago after Moscow’s unilateral annexation of Crimea.

It was in that context that the two self-proclaimed independent republics were born, and Putin’s recognition of them this week preceded the triggering of the current conflict.

Childrens of war: Kiev's children born in the air raid shelter of the hospital or the metro