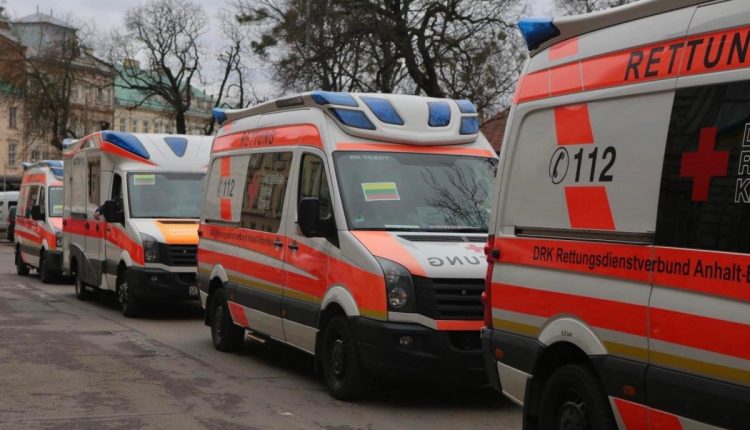 Today the Lviv region received ambulances from the Lithuanian Seimas. From now on, 4 ambulances will work to meet the needs of the health sector, reports Lviv OVA

Lviv, ambulances were handed over by representatives of the Seimas delegation from the Republic of Lithuania

The ambulances are equipped with first aid, resuscitation, and other medical equipment.

“We support Ukraine, our hearts beat together with you.

After all, you are defending the whole of Europe.

This war is also our war, this front is the front of the whole democratic world.

This is where the future of Europe is decided,” said Paulus Saudargas, vice-president of the Seimas of the Republic of Lithuania.

Seimas ambulances in Lviv: this is only a small part of the assistance provided by Lithuania to Ukraine

For example, the Lithuanian Blue and Yellow Foundation has delivered about a hundred jeeps to Ukraine previously.

Lithuania will continue to help Ukraine and encourages other countries to do the same.

“I thank the Polish and Lithuanian people, because it is they who provide the support and help they need.

We often talk about governments, parliaments, presidents, but until we are supported by people in every country, it will be difficult to win.

Many thanks to the people from Lithuania and Poland.

The victory will certainly be ours, but every day it costs us more and more.

I wish other European countries would have the same attitude towards Ukraine as Poland and Lithuania.

After all, it is Ukraine that has defended democratic and European values, and it is we who defend them for the whole of Europe,’ said Maksym Kozytskyi, head of the Lviv regional military administration.

Amblyopia and strabismus: what they are and how they affect a child's life

US sends 150 tonnes of medicines, equipment and an ambulance to Ukraine