Albania developed new medical technologies and strategies in order to improve dispatch and emergency management. Among these innovations, we found the activity of the National Emergency Center of Albania (Qendra Kombëtare Urgjencës Mjekësore), which is regulated from 2014 but physically activated in 2017.

We interviewed the director, doctor Brataj Skender, who explained how the dispatch emergency center in Albania works.

We can assume that the National Emergency Center of Albania was born in 2017. How does it work?

“The center is regulated from 3rd April 2014, the same year in which the OOH standards have been established. In the meanwhile, the National Emergency Center was created and regulated by a decree of 2014. This decree and the dispatch center of Tirana are part of a more meticulous way of doing emergency. For now, the dispatch center of Tirana is the only one in the whole Albania, which can get calls from all the country. We’ve chosen Tirana as a starting point because its population represents around 1/3 of the rest of the nation. Results related to our new activity in emergency field are extremely positive.”

How did you organize training and emergency vehicles? 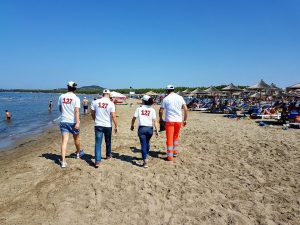 “Speaking of vehicles, they are owned by hospitals, but we are in charge of management and dispatch them. For now, for OOH casualties, we dispose of 130 vehicles in the whole nation. They are distributed in a reasonable way as possible, taking consideration of the number of inhabitants, a number of services and so on. We dispose of two types of vehicles: the first type is dispatched with a driver, a nurse and a paramedic on board, while the second type transport the crew composed only by the driver and a nurse.

So, according to the level of critically, we evaluate which vehicle to dispatch.  Each ambulance is equipped by monitor defibrillators, spineboards, cervical collars and stretchers. For now, we provide BLSD and electrocardiogram training. We provide also lectures on trauma patients, in order all operators know what to do.

In Tirana there are 20 centers of rescue from which vehicles are dispatched. Our National Center of Emergency coordinates Air Ambulance Service, too. We dispose of 3 helicopters which can reach each corner of the country in less one hour.”

Some photos of the training of the National Emergency Center Albania 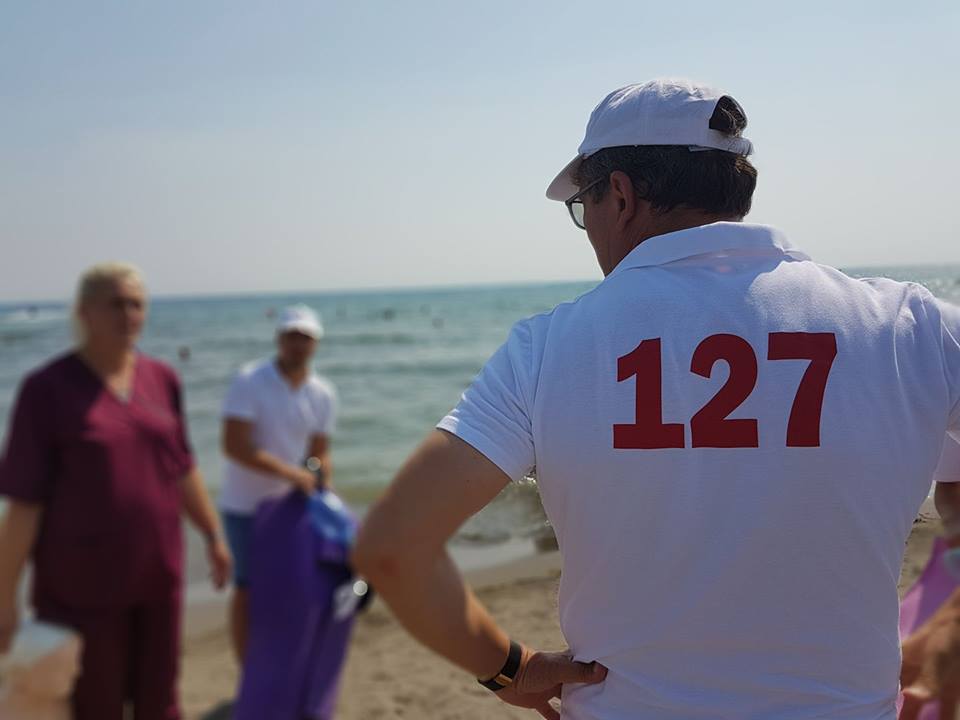 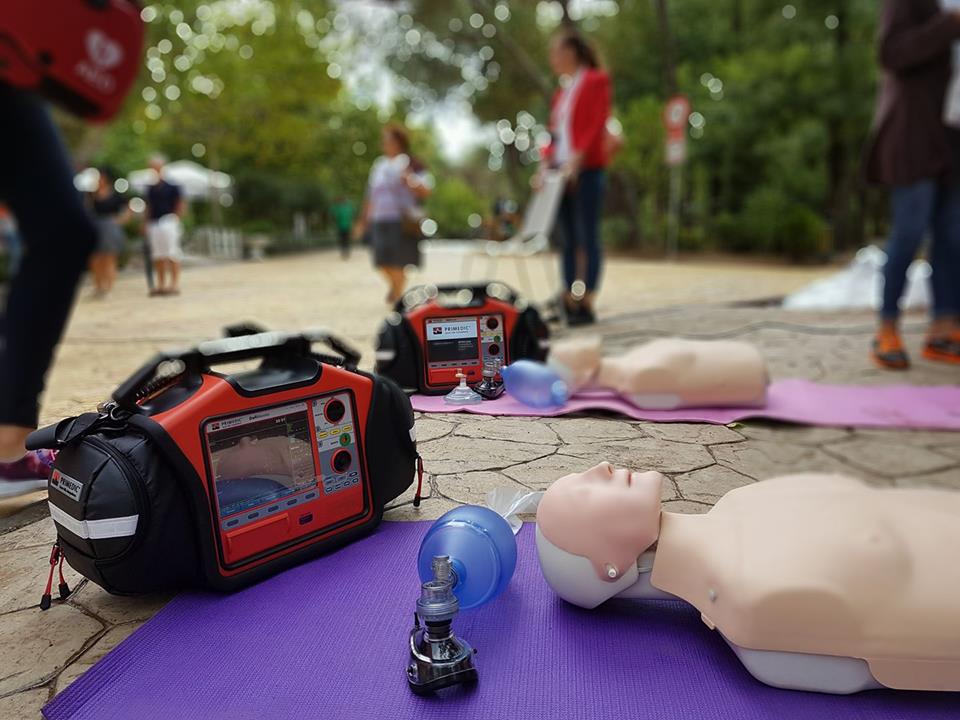 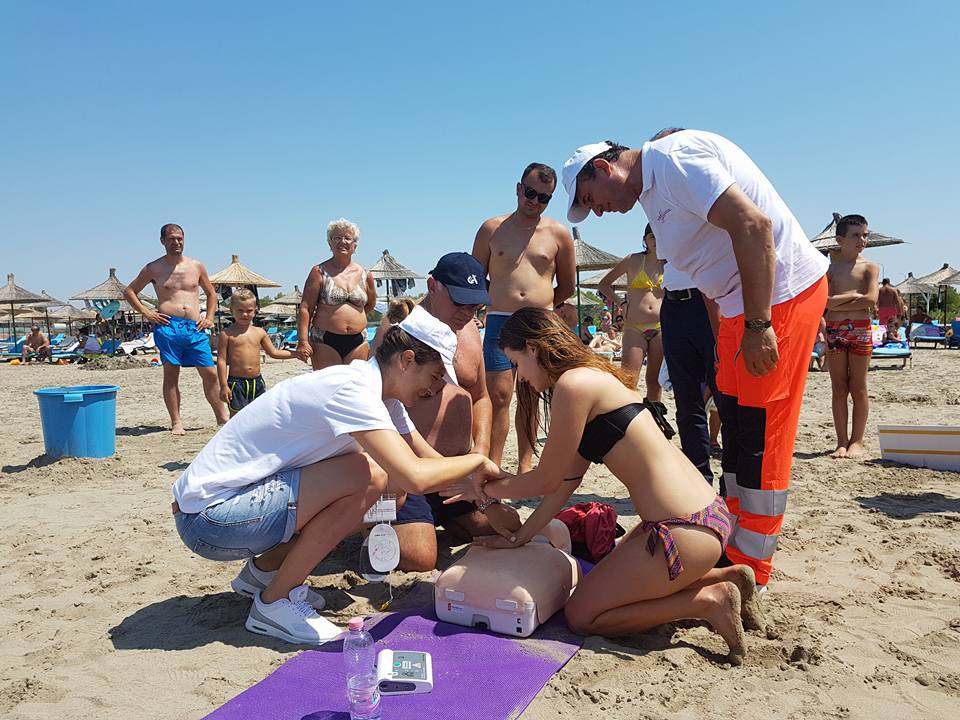 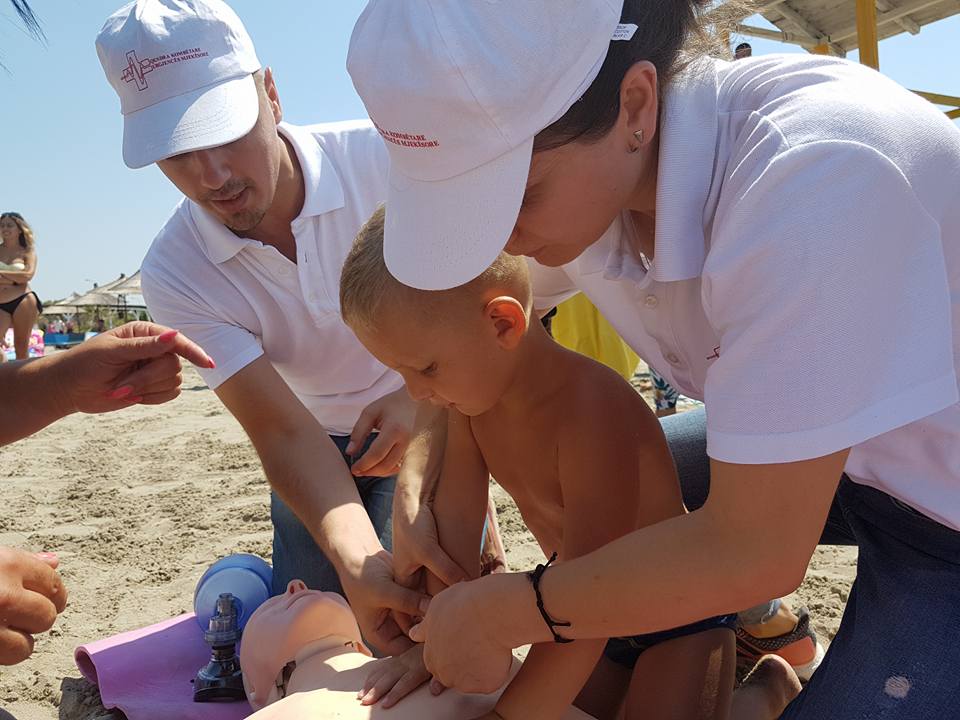 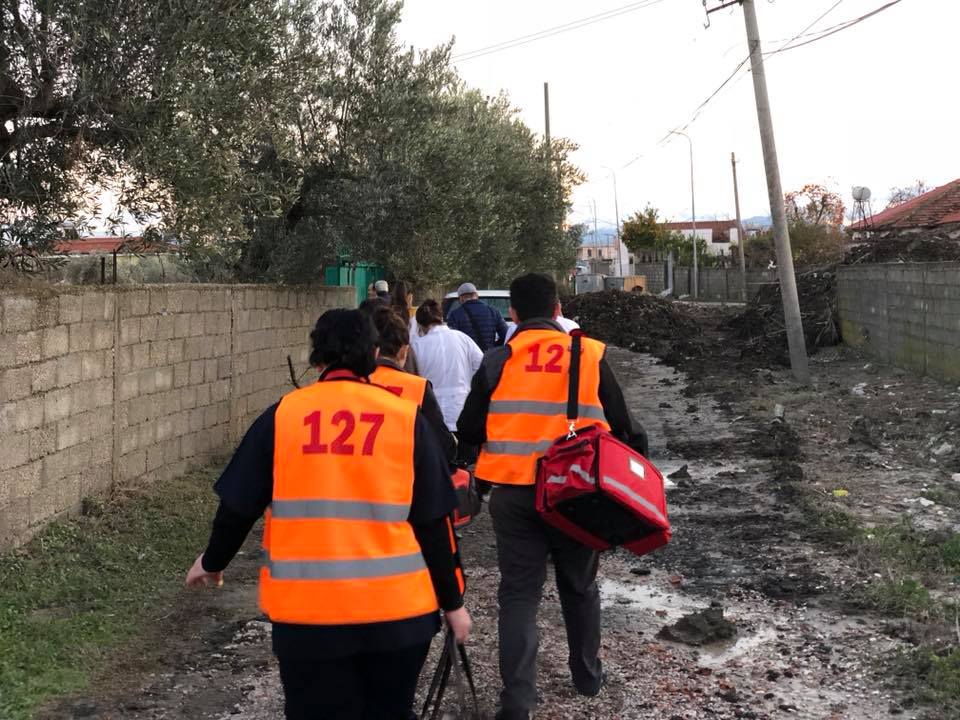 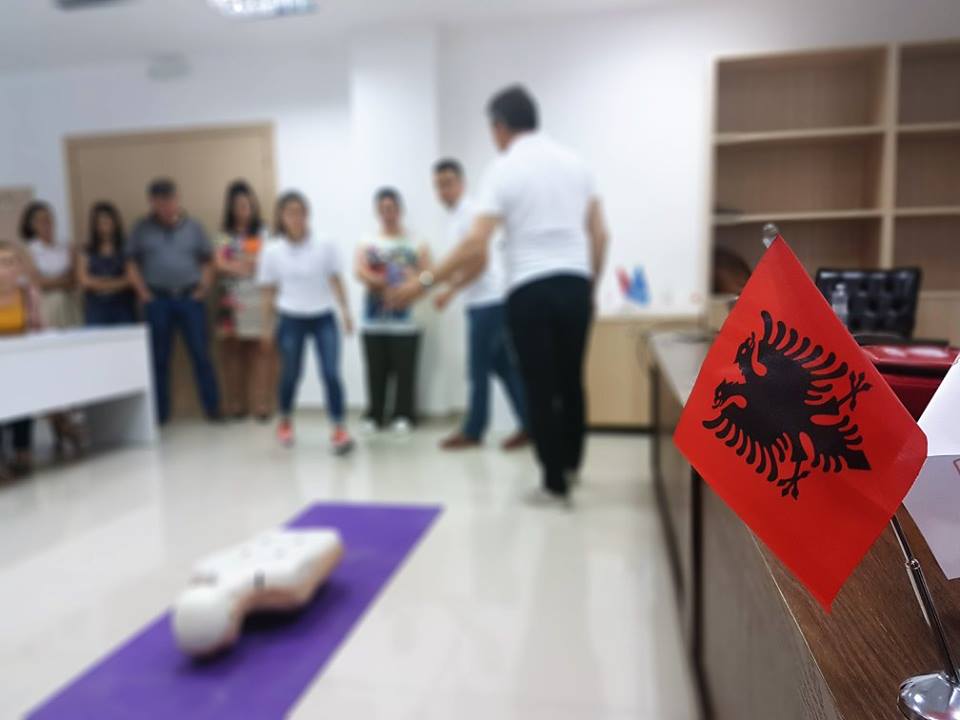 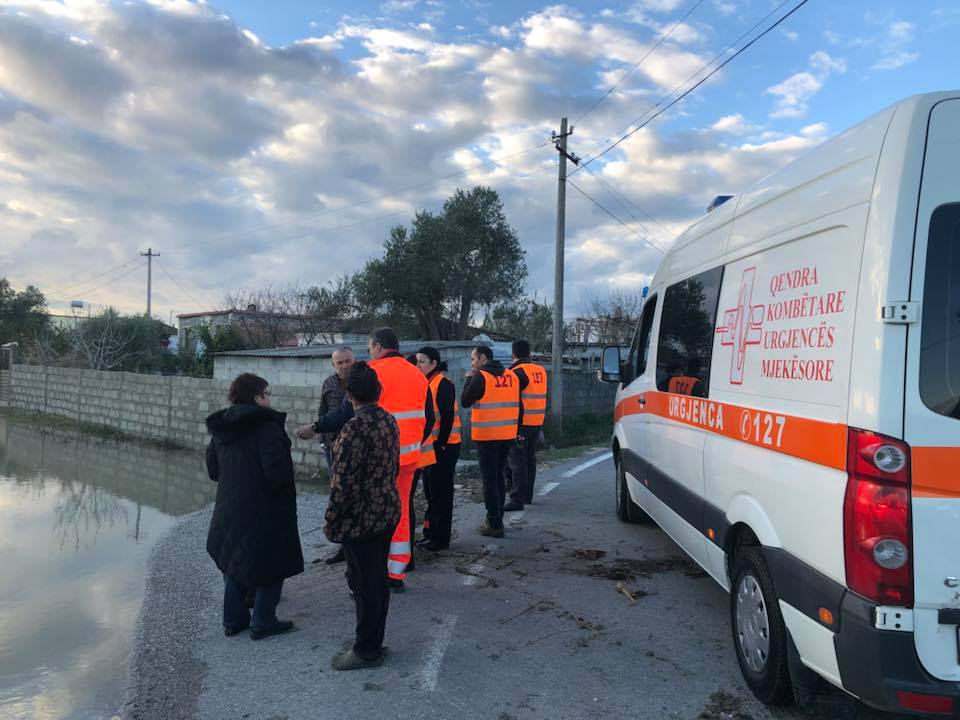 How are managed emergency calls? Which is the difference between emergency management by the National Emergency Center and by the rest of the country? 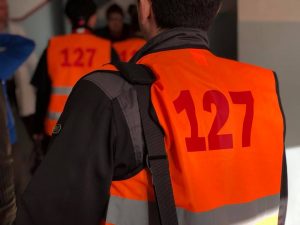 “Calls are filtered per province. Each hospital that dispatches ambulances has a small switchboard which receives the calls from its province. Calls arrive both by dialling 127 and 112, but the difference with the National Emergency Center is that hospitals have not a precise system of call registration. They only take down the patients data and dispatch, Meanwhile, the National Emergency Center of Tirana has a more precise way of registration. It is fitted out with an integrated system which disposes of any technology to define the traceability and the list of the calls: telephone book, info list, patient’s sheet, triage and type of vehicle dispatched.

In remote sites, thanks to this new management, we improved the times of arrival on the scene. An ambulance on-call can cover a maximum 25 km to reach the scene in time, which means reaching the patient within 30 minutes.

For what concerns a helicopter, it has been dispatched via hospitals signal which dispatches the vehicle and then the patient transported to the same hospital to be treated. To require the helicopter service, you need to dial a landline number, reachable also out of Tirana.”

As the National Emergency Center, your duty is also to provide evacuations. Which are your standards in Albania?

“Regarding the standards of evacuation, for now, each province has its own standards. At the moment, I suppose it would be a good idea for adopting a unique evacuation guideline for the entire country. We will work on it.”

Which are the next projects in development for the future?

” Our idea is to expand the areas with a unique number for emergency 127, here in Albania. This means the best registration of the patients and the best control and management of the several scenarios to treat. this way allow us to perform better in case of an emergency. Until 2017, we took care of Tirana city only. Now we are working to expand the service to the entire province of Tirana.

Next, we will expand it to the entire region of Tirana, Durazzo and then both North and South of Albania. We aim 127 will become the unique emergency number to call from any part of the country. At the moment we are increasing our equipment, and this year we foresee to increase our fleet of vehicles.”

COVID-19 in Israel, emergency rapid response is Made in Italy: the experience with MP3 Piaggio motorcycle ambulance