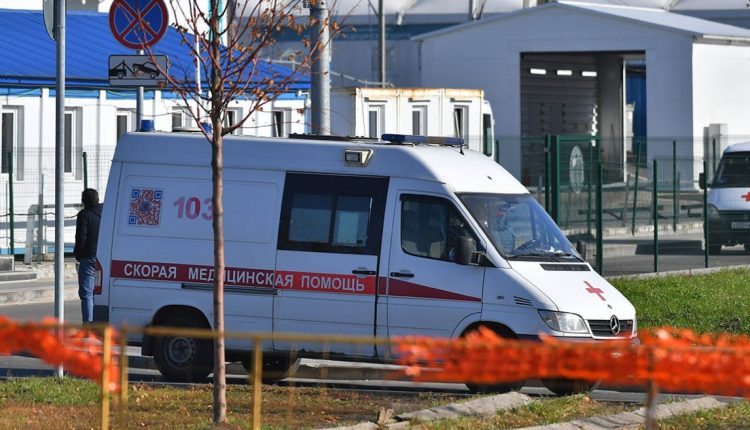 Ambulance workers in Russia: as Azamat Safin, the head of the Deystvie trade union branch in the Magnitogorsk ambulance station, told Novye Izvestia, the reason for the appeal was the situation with the collective agreement, which should be signed in July

On the part of the workers, the dialogue with the management was conducted by the trade union of medical workers loyal to the administration, therefore, nothing has changed in the collective agreement that was in force before that in favor of the doctors.

This prompted the workers to sign the letter, which was sent to 15 recipients: State Duma deputies and federal authorities.

In total, the document was signed by 297 employees of the ambulance station.

THE BEST STRETCHERS ON THE MARKET? ARE AT EMERGENCY EXPO: VISIT THE SPENCER BOOTH

“We demand assistance in improving the availability of medical care in the Chelyabinsk region,” says Azamat Mustafin. –

In particular, to ensure that the number of brigades complies with the standard.

Now there are not enough teams.

During the most stressful months of the pandemic, the availability of medical care dropped sharply.

Thus, some calls were served in Magnitogorsk with a delay of more than 48 hours. It is worth noting that the ambulance system is an emergency service, and therefore it should be redundant in cases of emergency, pandemic or increased terrorist threat”.

In addition, doctors require to fix in the contract a number of clauses that allow you to increase wages.

For example, if you have to work part-time or outside the assigned territory, the allowance should be 25% of the salary.

They also demand to return the previously reduced bonus for the length of service up to 80% of the salary for working more than 7 years.

Now, according to workers, the difference in wages between newcomers and old-timers is only 3,000 rubles.

According to the paramedic of the Magnitogorsk ambulance Vladimir Kolesnikov , the only thing that keeps doctors in the ambulance now is covid payments, which practically double the salary.

But the medical community is already preparing for the abolition of these payments.

By regulatory documents, they have been extended until the end of 2022.

The situation in Magnitogorsk is not unique.

Similar problems are noted throughout the country.

For doctors, the only way to maintain their usual level of income and standard of living after the abolition of covid payments may be amendments to collective agreements.

The difficulty is that salaries are regulated in each region in its own way, and each team enters into labor relations with a specific institution.

The system is very complex and confusing, and for many, the only way out is to move to another region, where ambulance doctors are paid more.

An ambulance doctor, a representative of the Action organization in St. Petersburg (Russia), Grigory Bobinov, told Novye Izvestia that the migration of medical workers is already visible

“In the regions, wages are a key topic,” the expert says, “often people do not understand who and what the payment depends on, each region writes its own salary regulations, setting unreasonably low tariffs, and it is not clear who calculates them.

Unfortunately, people do not always understand what a collective agreement is and how to prescribe a clear distribution of incentive payments and other allowances.

This problem is multifaceted and is connected with the fact that for 15 years those who are now in power in medicine have prescribed all the rules for themselves.

Ordinary people are just beginning to understand that no one will do anything for them and everything needs to be achieved on their own.

Now I see how people from all regions come to us in St. Petersburg: Kursk, Oryol, Lipetsk, Bashkiria.

People just vote with their feet, moving to regions where the pay is better. I think that with the abolition of covid-19, this process will intensify”.

Safety footwear and professional use: standards and requirements according to EN ISO 20345