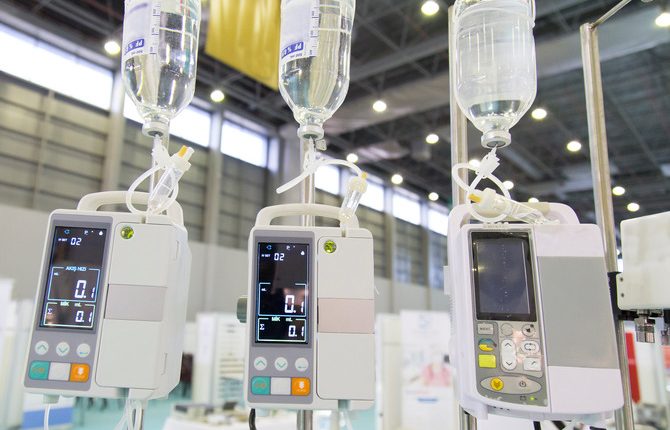 The term ‘chemotherapy’ literally means treatment with chemical compounds. This term could encompass most medical treatments, but over time the term chemotherapy has become synonymous with cancer chemotherapy and is used with this meaning in both popular and technical language

Chemotherapy is, along with surgery and radiotherapy, one of the three ‘classic’ cancer treatments that are still the mainstays of cancer care today

Of the three types of treatment, chemotherapy was the last to be used (the first injection, then experimental, of a chemotherapeutic agent into a human being was carried out on 28 December 1947) and is now a standard practice in the treatment of neoplastic diseases, scientifically accepted and widely established in the therapeutic armamentarium of oncologists.

However, it still remains a dramatic event for the patient who is preparing to face this new experience, both because it is related to a serious and widespread disease – cancer – which in itself entails a major emotional reaction in the patient and family members, and because it is prescribed in very different clinical situations.

Why and when chemotherapy is used

Chemotherapy is a form of cancer therapy that is implemented by administering one or more chemotherapy drugs also called antiblastic or cytotoxic drugs.

These drugs have the ability to damage cells, essentially those that multiply, both abnormal tumour cells and normal cells.

Contrary to popular belief, chemotherapy is not a single entity.

There are, in fact, dozens of cytotoxic drugs, differing in activity and mechanism of action, which are combined in many different schemes.

Each scheme is specific to certain tumours and clinical situations, and is characterised by side effects that are partly the same and partly different from the other schemes.

What chemotherapy consists of

Chemotherapy drugs act on multiplying cells, both normal and cancerous.

For this reason, each chemotherapy scheme involves administering the drugs at set intervals (cycles) to give normal cells a chance to recover from the toxic effects they are subjected to.

Chemotherapy is usually administered intravenously and can last from a few minutes to several hours depending on the scheme used, the mechanism of action of the drug being used and the pathology being treated.

In some cases, chemotherapy is given through prolonged venous infusions, which last continuously for several days or weeks.

Some types of chemotherapy can also be administered orally, subcutaneously, directly into the tumour (intralesional administration), or into the body cavities (abdomen, pleural cavity).

For therapies for which a prolonged infusion is envisaged or, in any case, when several cycles are planned, it is advisable to place a small tube that reaches a large deep vein (central venous catheter) with a small subcutaneous reservoir (Port-a-Cath) or without a reservoir (Groshong).

This reservoir, which can be removed at the end of chemotherapy cycles, can be used to administer drugs without puncturing a vein, allowing the patient to have his arms free and avoiding the danger of phlebitis caused by the drugs.

Chemotherapy can be used to treat cancer alone (exclusive chemotherapy)

If administered by an experienced team, it does not give greater consequences and toxic effects than the disease itself in its natural course without treatment.

More often, chemotherapy is used as part of an integrated therapeutic strategy (multidisciplinary treatment), together with other therapeutic modalities, such as surgery, radiotherapy, and possibly hormonal and biological therapies (interleukins, interferons, monoclonal antibodies, drugs interfering with intracellular signal transmission, etc.).

The use and purpose of chemotherapy varies depending on the tumour and the clinical situation.

There are many clinical pictures, but they could be summarised as follows:

Side effects of chemotherapy

The toxic effects of chemotherapy are linked to the fact that chemotherapy drugs affect all reproducing cells, whether normal or cancerous.

In fact, there are still no drugs that selectively target cancer cells.

However, thanks to new supportive therapies, the side effects of chemotherapy have been greatly reduced compared to the past, being, in fact, much more limited than commonly believed.

Toxic effects do not always occur, depending also greatly on individual drug sensitivity.

Patients undergoing chemotherapy can carry out almost all their previous activities, including work, with a few exceptions, usually limited to the days immediately following drug administration.

The side effects accompanying the administration of chemotherapy are predominantly affecting organs or apparatuses made up of actively multiplying cell populations, namely: the mucous membrane of the digestive system (nausea, vomiting, diarrhoea, inflammation of the oral mucosa), bone marrow (anaemia, decrease in white blood cells and platelets) and hair bulbs (hair loss).

All the aforementioned side effects, including hair loss, are reversible, i.e. they pass completely at the end of the treatment.

As we have said, there are nowadays effective therapeutic remedies against most of the toxic effects of chemotherapy.

For example, biological substances are available that stimulate the production of red and white blood cells, prevent their reduction and promote their rapid recovery.

For diarrhoea and especially for nausea and vomiting, pharmacological agents are used that can eliminate the problem in almost all cases.

Sexual activity may be diminished, especially due to the exhaustion that may follow the administration of antiblastics.

In this regard, consultation with the doctor is useful for prescribing possible remedies.

On the other hand, pregnancy during chemotherapy should be strictly avoided due to the danger of serious damage to the foetus.

The future of chemotherapy

The current goal of research is to provide increasingly selective drugs and biological therapies for cancer cells, i.e. ‘smart bombs’ (target therapy) capable of targeting diseased cells in a highly effective and selective manner while limiting the effects on healthy ones, in order to improve therapeutic efficacy and patient tolerability.

What Is CAR-T And How Does CAR-T Work?

Radiotherapy: What It Is Used For And What The Effects Are