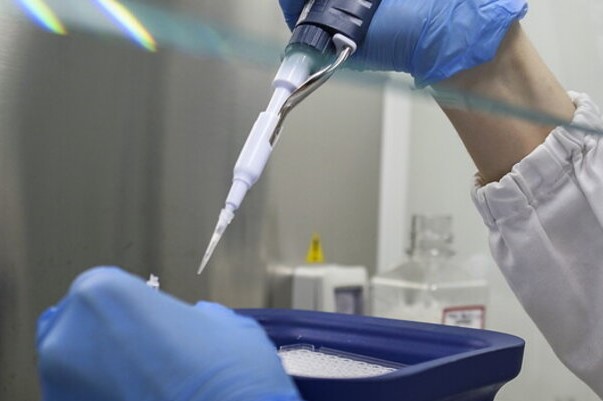 Paediatrics / Brain tumours: new hope of treatment for medulloblastoma thanks to Tor Vergata, Sapienza and Trento

Medulloblastoma: Hospital researchers with the Universities of Tor Vergata, Sapienza and Trento have discovered the mechanism of the most aggressive form of the disease and identified drugs to block its growth

New hope for treating medulloblastoma, the most common malignant brain tumour in children

Researchers at the Bambino Gesù Children’s Hospital, in collaboration with the Universities of Tor Vergata, Sapienza and Trento, have discovered the mechanism that triggers the most aggressive form of the disease and have identified two drugs with the potential to block the growth of the cancer and metastases.

The study, supported entirely by AIRC, has just been published in the international scientific journal Acta Neuropathologica.

The overall survival rate is currently 80% for ‘standard’ risk patients; unfortunately, the figure drops to 30-60% for high-risk patients.

This tumour forms in the cerebellum, the area of the nervous system located at the base of the brain and responsible for controlling balance and coordination of movement.

Treatment for medulloblastoma involves surgical removal of the tumour, followed by radiotherapy and chemotherapy.

The main obstacle to treatment, however, is the presence of cancerous stem cells that are resistant to radio and chemotherapy and have the ability to infiltrate and spread in the spinal cord of young patients.

A new therapeutic avenue for this paediatric tumour, in particular for “Group 3”, the form with the highest risk of death (occurring in more than 40% of cases within 5 years of diagnosis), comes from the results of research conducted in the laboratories of the Oncohaematology Area of the Bambino Gesù.

The study, coordinated by the director of Experimental and Precision Medicine and of the Oncohaematology Area of the Paediatric Hospital of the Holy See, Prof. Franco Locatelli, and by Prof. Francesco Cecconi, was carried out in collaboration with the Universities of Rome “Tor Vergata” and “Sapienza” and the University of Trento. The first author is Francesca Nazio, a researcher at Bambino Gesù.

The team of scientists has identified a new molecular mechanism, the alteration of which is responsible for the aggressiveness of medulloblastoma

In particular, it was discovered that in Group 3 tumours, the AMBRA1 protein is produced at excessive levels and, as a result, all the processes regulated by it (autophagy and stem identity) function abnormally.

As a result of an excess of AMBRA 1, the mechanism used by cells to get rid of damaged components (autophagy) is enhanced, and cancer cells take advantage of this to survive and proliferate.

In addition, the excess of AMBRA 1 keeps the cells in a stem state, which on the one hand helps them to replicate faster, accumulating in the tissues of origin and forming large tumour masses, and on the other hand helps them in their ability to migrate and form metastases.

Building on these laboratory results, the researchers also showed that the combination of two drugs (an autophagy inhibitor and a STAT3 stemness factor inhibitor) can block not only tumour growth, but also its ability to produce metastases.

The AMBRA1 protein had already been identified by the same team of Bambino Gesù researchers as a potent oncosuppressor in other paediatric and adult cancers, due to its direct role in cell cycle regulation.

This further step forward in research also proposes it as a highly relevant target.

“Many children already have metastases at the time of diagnosis, making it essential to develop more effective therapies,” explains Francesco Cecconi, a researcher at Bambino Gesù and a full professor at the University of Rome “Tor Vergata”.

“For patients with Group 3 medulloblastoma, who often have a poor prognosis, there is an urgent need to integrate new treatment options and, of course, if confirmed in clinical application, our results could lead to a personalised therapy for this aggressive form of brain tumour”.

Pediatrics: Serious Cases Of Type 1 Diabetes In Liguria Doubled Since The Start Of Covid Pandemic