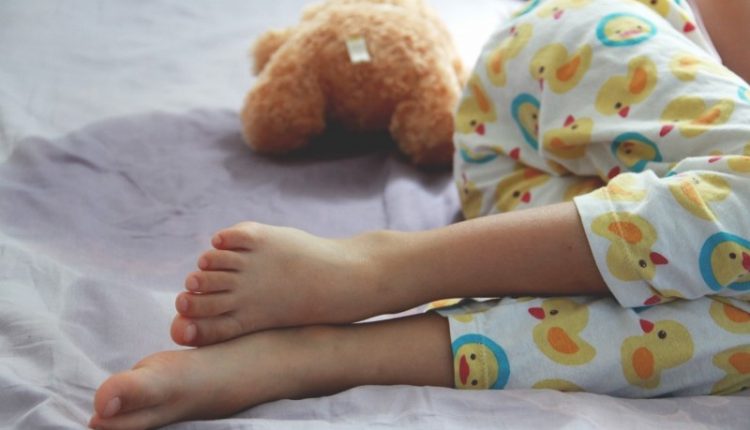 Nocturnal enuresis: many children wet the bed during sleep, but the phenomenon can also affect adults

This is nocturnal enuresis: the common – but still too underestimated – “bed-wetting” disorder

Nothing serious, but it is good to deal with it in the right way so as not to undermine the person’s self-esteem. Let’s see what it is by discovering its causes and treatment.

The term “enuresis” refers to an involuntary loss of urine during sleep, over 5 years of age.

About 5-10% of 7-year-olds suffer from it, but sometimes the problem persists into adolescence and even beyond.

Experts at the Bambino Gesù Hospital in Rome explain that ‘in most cases, bedwetting is caused by an overproduction of urine during the night (so-called nocturnal polyuria) or by an insufficient bladder capacity (as if it were smaller) and the difficulty of waking up to the stimulus of a full bladder.

The latter phenomenon aggravates the condition, and is precisely the problem that needs to be solved in order to cure enuresis’.

Behind nocturnal enuresis, then, there would be no psychological problems

But not dealing with the disorder can certainly lead to its development: the child runs the risk of losing confidence in himself and in his own abilities, severely undermining his self-esteem, which is a fundamental aspect to cultivate in the delicate years of growth.

It is important not to feed the sense of guilt, insecurity and embarrassment that the child feels, even when it is not manifest.

It must be clear to both the child and the parents that if the child wets the bed with pee, it is nobody’s fault.

If we talk about enuresis and psychology, the case is different for adolescents and adults: late-onset enuresis is associated with an increased risk of behavioural problems, such as Attention Deficit Hyperactivity Disorder.

But ‘any psychological or behavioural problems,’ the Bambino Gesù hospital goes on to explain, ‘should be addressed independently of the symptoms of enuresis.

It must also be said that enuresis is a hereditary disorder in about 70 per cent of cases.

Most children who wet the bed during the night have a family member who has had the same problem.

The phenomenon is not clear from a genetic point of view, but research has been looking into it for some time.

“The first therapy,” explain the experts, “lies in the awareness and optimism to be given to the child.

This means helping him not to feel alone, explaining to him that there are other children in his school, and perhaps in his class with the same problem, and thus helping him to combat a natural but dangerous sense of guilt.

A complete and correct explanation therefore removes the shame, engages the child and motivates him or her to deal with the cure.

Once it has been ascertained that the child wants to deal with the problem, treatment can begin, first of all with a paediatric examination that excludes other pathologies’.

In fact, it is essential to exclude diseases that could cause the involuntary loss of pee, although the vast majority of cases of enuresis are not at all related to other pathologies.

It is also necessary to investigate whether enuresis is also associated with faecal incontinence or constipation.

All of these problems, if any, should be treated before dealing with pee leaks.

Having a regular bowel is crucial because a full bowel decreases the capacity of the bladder, as if by taking away space from it.

In fact, it has been proven that regularising the bowels is the first step in treating enuresis, and sometimes that is enough to cure it.

It is then necessary to drink in the morning and avoid fizzy drinks and caffeine in the afternoon.

“There are basically two treatments for monosymptomatic enuresis: the night alarm and a drug that reduces urine production at night (anti-diuretic).

The former serves to facilitate waking up when the bladder is full, allowing the child to go to the bathroom to empty it.

If the enuresis is ‘non-monosymptomatic’, i.e. there are bladder symptoms even during the day, it may be necessary to combine the anti-diuretic drug with different drugs if the bladder behaves as if it were smaller or with excessive stimulation even at low filling (overactive bladder).

If possible, bladder physiotherapy sessions (urotherapy) can be used to teach how to control stimulation and how to relax the muscles for complete urination.

What Is OCD (Obsessive Compulsive Disorder)?

Paediatrics, What Is PANDAS? Causes, Characteristics, Diagnosis And Treatment

Nocturnal Enuresis In Children: When And Why Do Children Pee In Bed?