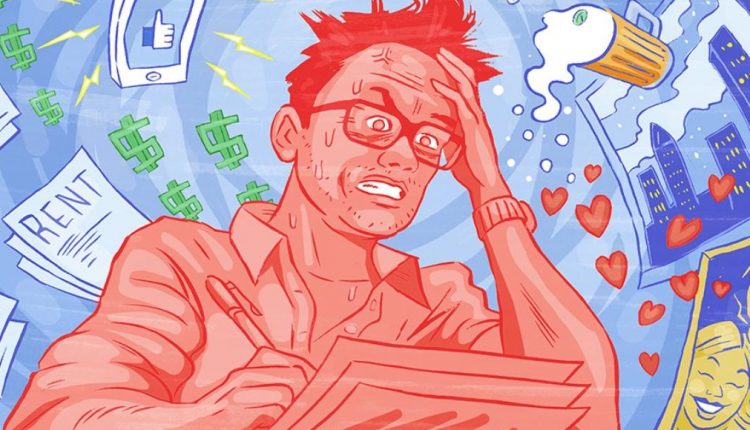 What is OCD (Obsessive Compulsive Disorder)?

OCD or obsessive-compulsive disorder is a mental and behavioral disorder where someone feels compelled to perform specific acts repeatedly, even when it causes considerable complications to the person’s life

OCD goes far beyond simple double-checking or following a certain routine, to the point where it causes distress and impairs day-to-day life

Lets have a look at at the symptoms, treatment, and self-help options for obsessive-compulsive disorder.

It tends to show itself through repetitive and compulsive physical or mental acts.

Over 500,000 people in Australia have OCD. In most cases, the symptoms appear during younger years and adolescence.

The condition tends to show itself in late childhood or early adulthood – it’s relatively rare for it to be diagnosed after the age of forty.

With OCD, the person is often aware that some of their thoughts and behaviours aren’t logical, but they have little control over the situation.

It’s a condition can seriously affect someone’s quality of life and wellbeing.

The symptoms of OCD are split into two categories – obsessions and compulsions.

Obsessions are unwanted thoughts, urges, or images that constantly reoccur in the person’s mind.

These are intrusive and can cause ongoing distress and anxiety to the person.

Common examples of obsession symptom may include:

By contrast, compulsions are repetitive behaviours which the person one feels compelled to perform.

These acts are often to reduce anxiety from obsessions, but the sufferer may also believe something terrible will occur if the behaviour is not enacted.

Some common compulsive behaviours include:

OCD most often shows itself in young adults or teenagers, but sometimes symptoms can manifest during childhood. It will begin gradually and may vary in severity as the person grows older.

The types of obsession or compulsion symptoms that the person shows may also change over time.

OCD is a genuine mental health disorder, and proper treatment will generally require the help of a psychologist of other medical health care professional.

But that’s not to say there’s nothing you can do to try and manage the disorder and the impact it has on life.

There are a number of strategies that a person can use to lessen the impact of OCD and improve their wellbeing.

Stress and worry are significant contributors or triggers of OCD.

A good way to reduce stress and ongoing worry is by learning and practising relaxation techniques.

This might include, deep breathing, mindfulness meditation, or progressive muscle relaxation.

All these can be very effective as a self-help strategy.

Do something to relieve anxiety.

If you’re concerned with a particular worst case scenario, think through the genuine odds of that event occurring.

Or work through what you could do to cope with that situation.

Profoundly analysing the situation rather than simply stressing about the possibility may help to settle your thinking.

Study shows that engaging in physical activity, such as aerobic exercises, can reduce OCD symptoms.

Doing something physical to take your mind to a different space can help greatly with obsessions, compulsions, depression and anxiety.

These exercises can be home-based or in a formal, health-based program.

Food choices can also have an impact on lessening OCD symptoms.

If you’ve been prescribed medication to help, make sure you’re taking it when it’s required.

Set alarms in your phone to remind you if it helps.

Missing a dose or delaying it for too long a time can mean OCD symptoms previously controlled by the medication may reassert themselves.

Of course, you should only take mental health medications on the advice of a qualified medical professional.

See you doctor before taking any prescription medicine, and follow the instructions carefully in regards to doses and times.

It’s also best to know what side effects you medication may have, and keep an eye out for them.

Keeping everything to yourself is not a good long term strategy for mental health.

Seeking help might be as simple as reaching out to trusted friends and family to share your feelings.

Your doctor can also refer you to a psychologist or support group to help with the condition.

When to Seek Help

Although many people joke about being “a little bit OCD”, real obsessive-compulsive disorder is not a joke, but rather a genuine mental health issue.

There is a difference between liking things a certain way, and genuine OCD.

If you find certain repetitive thoughts or behaviours getting to the point where they’re interfering with your quality of life, if might be time to talk to a professional.

Know what to do in times of mental crisis, and be ready to make a difference!

Covid variants fail to defeat vaccine even after six months: study in Cell