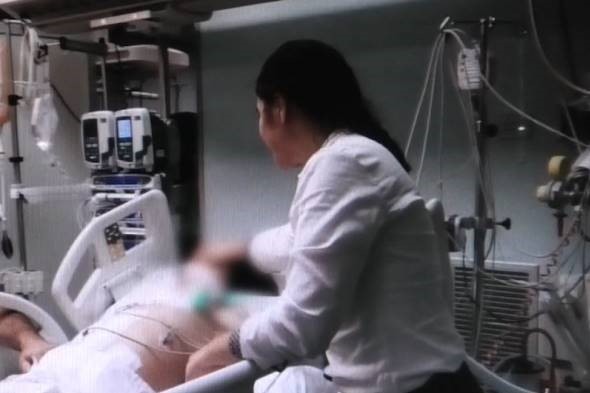 Diffusion of the minimally consciousness state

Approximately one third of vegetative states are of traumatic origin.

Ever since man began to reason about himself, the answers to this question have been the most varied, depending on the field, e.g. religious or philosophical.

Neurologically speaking, consciousness is that component of the human being characterised by two portions:

In the healthy subject (person with complete consciousness) both components are normal, whereas in the patient in a minimally conscious state these components are altered and temporally inconstant: awareness may fluctuate throughout the day.

A minimally consciousness state can be of two types:

Causes of the minimally consciousness state

Among the most common causes are cerebral strokes and traumas to the brain resulting in coma, of which the state of minimally consciousness may represent the evolution.

The anatomical correlates of consciousness are identified with:

Any physical-chemical noxiousness that directly or indirectly affects these structures is capable of causing coma and the subsequent possible evolution into a vegetative or minimally conscious state.

Generally, vegetative states or states of minimally consciousness appear approximately 30 days after the onset of coma, but this is by no means a fixed rule.

The exact definition of the term has always been much debated in the scientific literature, especially given the aspects in common with the vegetative state, with which it shows minimal differences, which however become important when it comes to prognosis (better in the minimally conscious state than in the vegetative state) and in the treatment to be followed; moreover, compared to the vegetative state, the responses of the subject with minimal consciousness to treatment are on average better.

Distinguishing the state of minimally consciousness from the vegetative state is fundamental for planning a personalised rehabilitation project oriented towards the maximum possible functional recovery, despite the severe brain injury.

The assessment of the transition to the minimally conscious state is carried out by the professionals of the multidisciplinary team that follows the patient, for whom it is essential to speak a common language, i.e. to use shared assessment tools of defined interpretation.

Characteristics of the patient with minimal consciousness

The subject with minimal responsiveness

Diagnosis is possible through medical examination (anamnesis and objective examination).

In addition, it is possible to assess through functional magnetic resonance imaging the subject’s response to familiar cues, such as calling him by name.

Therapy in the minimally consciousness state

In the minimally conscious state, in addition to possible damage to the brain that has led to coma, there is a deficiency of dopamine, an important neurotransmitter for the nervous system.

Some drugs such as dopamine receptor agonists are currently being tested.

Thereafter there was a complete recovery of consciousness functions and a substantial recovery of functional abilities, sustained even after apomorphine was discontinued.

At the maximum dose, mild dyskinesia (movement alterations such as rigidity, difficulty initiating movement, motor slowing and involuntary and/or excessive movements) was observed.

Among researchers, the chronic administration of analgesic substances is currently discussed, as these patients may experience pain as they have a minimum of consciousness left.

Unfortunately, it is very difficult to make predictions as to what the evolution of a patient in a minimally conscious state might be: in many cases the damage is irreversible, but one case has been followed in the literature who ‘woke up’ many years after the trauma (Terry Wallis).

Worsening elements of the prognosis are:

Elements that improve prognosis are:

In minimally conscious patients, although there is a rudimentary recovery of consciousness, severe cognitive and motor deficits persist with inability to perform activities of daily living, communicate adequately and give consent to treatment.

Sphincter incontinence and feeding generally administered by gavage mean that these patients are completely dependent on family members.

The acute patient who returns to a state of full or partial consciousness can improve physically through specific rehabilitation interventions.

Resuscitation and intensive care in the acute phase of brain injury are extremely important for prognosis and are in effect the first phase of rehabilitation of the traumatised head and the incidence and severity of late problems depend largely on early treatment choices.

The rehabilitation approach of the physiatric-physiotherapic-nursing team must first of all include the assessment of brain damage by identifying through various instrumental examinations its type, extent and site, thus highlighting intra- and extracerebral haematomas, cerebral softening, oedema with consequent endocranial hypertension and transtentorial herniations.

In the acute phase, treatment must be aimed at promoting awakening with

To this end, it is considered useful to proceed with rehabilitative treatment through techniques aimed at evoking residual potentials to the maximum for a better adaptation of the individual to himself and the world.

Unthinkable progress can thus be achieved through the plasticity of the still intact central nervous system.

However, this is only possible if the environment is early, richly and adequately stimulating.

The aim of treatment is based on the reconstruction of the functional brain-environment integrity by means of correct, intense, continuous and frequent environmental stimuli, designed to evoke the patient’s full developmental potential, starting from the functional level remaining after the traumatic event in the various areas so that his or her sense-motor activities are always controlled, enriched and adapted.

Glasgow Coma Scale (GCS): How Is A Score Assessed?