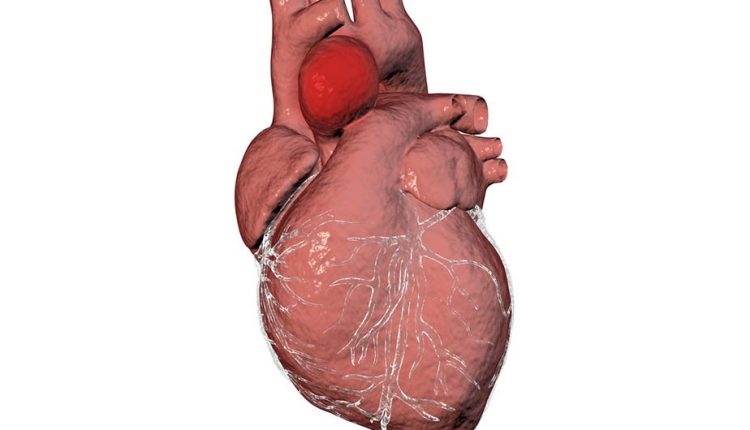 A ventricular aneurysm is a district dilatation of a portion of the ventricular wall, made up of fibrous tissue. In simpler terms, it is a pathological situation characterised by the fact that part of the heart muscle is replaced by a scar

As one of the most dreaded complications of a heart attack, it is necessary to be able to recognise the signs and immediately contact a specialist for the most appropriate treatment.

The causes of ventricular aneurysm: how it manifests itself

In the western world, the most common form of ventricular aneurysm is the ischaemic form and is one of the worst complications of myocardial infarction, which is not properly treated.

The most common is the one involving the left ventricle.

In the past, this form of aneurysm developed in approximately 10-30% of acute myocardial infarctions; today, its prevalence seems to have decreased, thanks to improvements in the treatment of patients with this type of disease.

If not properly treated, the infarction can cause extensive scar formation in the heart tissue and, over time, give rise to a tissue called dyskinetic tissue.

The heart wall extends beyond the profile of the heart, creating, systole after systole, a deformation of its shape.

The presence of the aneurysm thus gives rise to an alteration in the curvature and thickness of the ventricle, which thins, leading to remodelling and an alteration in ventricular performance.

Small aneurysms tend to be asymptomatic.

If the scar tissue is larger, the most common symptoms that develop are:

What are the consequences of ventricular aneurysm

The most frequent complications are

How to diagnose a ventricular aneurysm

The diagnostic tools most commonly used in the diagnosis of ventricular aneurysm are:

How to treat a left ventricular aneurysm

For small aneurysms and asymptomatic aneurysms, it is possible to proceed with only monitoring over time, with a 5-year survival rate of 90%.

The treatment of left ventricular aneurysms can be medical or surgical.

Medical therapy aims at treating the symptoms and preventing complications of the pathology.

Surgery is the strategy of choice for the treatment of ventricular aneurysms that are symptomatic or jeopardise heart function over time: it is effective in improving cardiac performance and increases patients’ life expectancy.

The indication for cardiac surgery is based on:

The close collaboration with the imaging cardiologist and electrophysiology cardiologists, who study the electrical dysfunctions of the heart, makes it possible to finalise efforts towards an optimal success of the intervention.

The approach I use the most is that of extracorporeal circulation and beating-heart surgery, which excludes the scarred areas, reconnecting the functioning areas of the heart muscle and restoring the original conical shape of the heart.

Extrasystole: From Diagnosis To Therapy

The Quick And Dirty Guide To Cor Pulmonale

Abdominal Aortic Aneurysm: What It Looks Like And How To Treat It

Ruptured Aneurysms: What They Are, How To Treat Them

Unruptured Brain Aneurysms: How To Diagnose Them, How To Treat Them

Ruptured Brain Aneurysm, Violent Headache Among The Most Frequent Symptoms

Concussion: What It Is, Causes And Symptoms

UK / Queen Elizabeth's funeral, security comes from the sky: helicopters and drones keep watch from above

Biliary atresia: what it is and how it manifests itself