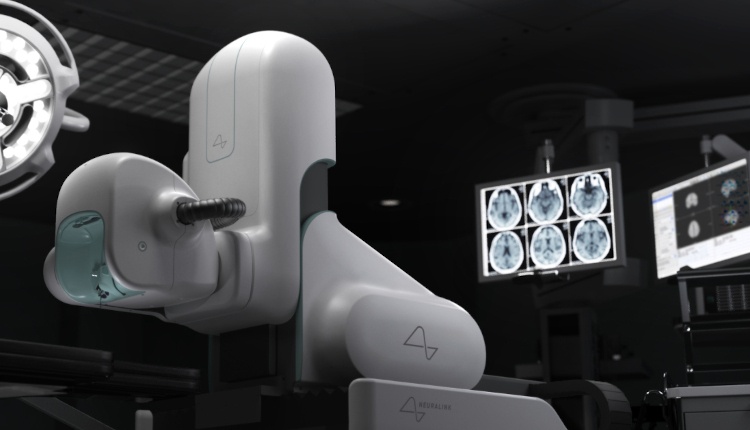 Science is developing continuously, in particular, technology in healthcare. Let us take a little and closer look at the surgeon robot by Elon Musk.

Surgeon robot: what is it about?

In a press release, Neuralink explained that the idea of a surgeon robot came thinking about a surgical operation on a human. The patient may not be awake to see the machine in action, it was still important to design a non-intimidating robot that can aesthetically live alongside the iconic machines in operational rooms.

The company also affirms that it also needs to respect a long list of medical requirements in terms of sterility and maintenance and provide safe and seamless utilization for its operators.

The rounded polycarbonate sci-fi design of the brain surgeon robot looks like something out of the Portal franchise, but it’s actually the creation of Vancouver-based industrial design firm Woke Studio. Elon Musk’s engineers and scientists have created the underlying technology, but Woke built the robot itself and user experience, as well as the behind-the-ear communication end piece that Neuralink has shown in prior presentations.

Woke says the Neuralink surgeon robot can be separated into three main parts: the head, the body and base. The head of the robot is like a helmet and actually holds the head of the patient. It also includes a guide for the surgical needles, as well as embedded cameras and sensors to map the patent’s brain.

How did the test of the surgeon robot on pigs was?

For now, Neuralink declared they carrying out experiments with animals. Elon Musk showed pigs that have had sensors in their brain for two months and others to which the Neuralink platform was implanted and then removed. But the company has already asked and obtained from the Food and Drug Administration a sort of fast track: the recognition of the extraordinary value of its project. It will be able to proceed quickly, avoiding bureaucratic delays, but without jumps in the dark. Aware of moving in a very delicate terrain, Musk has promised that he will respect all the FDA’s strict safety standards.

What does brain death mean? For the first time five…

Coronavirus in Japan, a robot emits anti-COVID UV rays on…