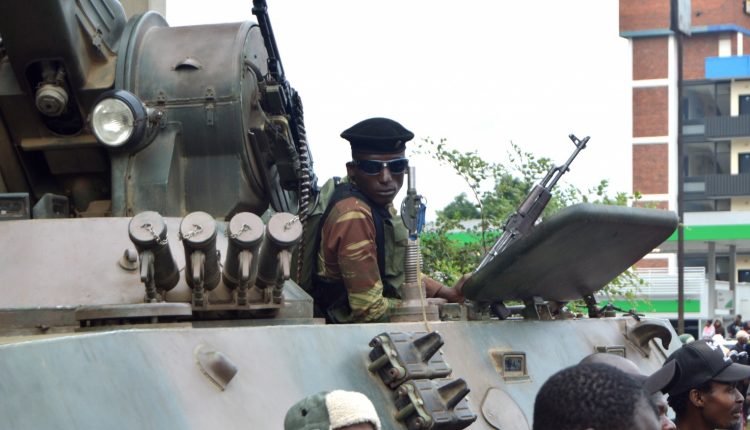 Bishop of Chinhoyi denounces the Government violence throughout the country and begins speaking that medics in the army could destroy the country.

Medics in the army are a serious problem in Zimbabwe. “They bring bloodshed, they kill. Instead of freedom, they bring violence and they imprison all those who oppose them. The only thing they know is violence.” It is the hard attack launched by Raymond Tapiwa Mupandasekwa, Bishop of Chinhoyi, to the government of Zimbabwe, strongly criticized in the country for the violent repression of protests and crisis management by COVID-19.

MEDICS IN THE ARMY: A REAL DANGER FOR THE COUNTRY HEALTHCARE SYSTEM

The Bishop particularly condemned the government of President Emmerson Mnangagwa for the arrests in July and the prolonged denial of freedom on bail for political activists and journalists accused of plotting the unconstitutional removal of the government.

Some 230 medical students passed their final exams and had to be sent to public hospitals as Junior Resident Medical Officers (JRMO) for three years of on-the-job training before they could open clinics. This is a measure that aims, according to the unions, to prevent strikes by medical personnel at a time that is extremely critical for public health and the government, which is accused of failing to manage the pandemic emergency.

WILL MEDICS FLEE ABROAD BECAUSE OF THE DECISION TO ENROL THEM INTO THE ARMY?

Bishop Mupandasekwa said that the government is causing “great anguish” to doctors in the army with this “unconstitutional proposal. The Freedom Party has refused to give freedom of choice to young doctors,” he said, adding that the country may soon find itself without more doctors as a result of this decree. Public hospitals are struggling with a shortage of medicines and are relying on the support of most Western donors. Senior government officials, including Chiwenga, often seek medical assistance abroad.

Zimbabwe’s 2,000 young doctors have gone on strike twice in the last 12 months, reporting wages of up to Z$9,450 ($115) per month. Many are ready to leave after finding better-paid jobs in the region and abroad.
The hard intervention of the Bishop of Chinhoyi follows the publication on August 14 by the Episcopal Conference of Zimbabwe of the pastoral letter, “The march is not over” (see Fides 17/8/20200). In their letter, the Bishops called on the government to assume its responsibilities in the face of the dramatic economic and health crisis aggravated by the coronavirus and criticized the brutal repression of protest demonstrations.

DR Congo, the emergency and first aid service in the city of…

COVID-19, the WHO says "no" to the obligation of surgical facemasks at school: fabric ones are safe as well

Migrants from Guatemala and Honduras assisted by the Red Cross

UK, Covid vaccination programme 'reduces the risk of hospitalisation by up to…