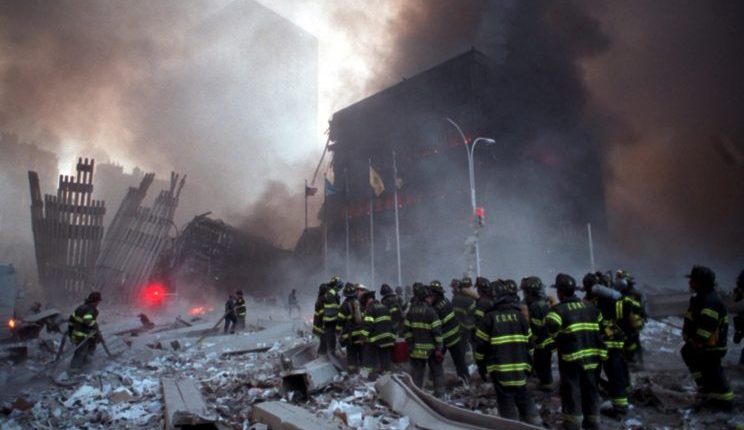 9/11 attacks - Firefighters, the heroes against terrorism

9/11 attacks have been the hardest challenges for Emergency Medical Services. Firefighters were the heroes, especially after the Twin Towers attack.

09/11 attacks at the Twin Towers – 09/11 is an unforgettable date for the entire world. Four tourist airplanes carried out suicide attacks against targets in the United States. Two of the planes were flown into the twin towers of the World Trade Center in New York City, a third plane hit the Pentagon just outside Washington, D.C., and the fourth plane crashed in a field in Shanksville, Pennsylvania. Firefighters, policemen and medical staff faced death for saving people.

The most remembered episode of this group of attacks is absolutely the terroristic attack at the Twin Towers at the NYC World Trade Center. On that unpredictable and tragic event, NYC Fire Brigades have been dispatched immediately.

This time was a very complex and weird accident because once firefighters reached the World Trade Center, they quickly realized that there was no hope of controlling the blaze. They focused on the desperate mission of evacuating the office workers who were inside the two buildings.

On 9/11 attacks, the death toll amounted to 2,753 people, among which 343 were firefighters and policemen. However, the New York Times reports an analysis based upon eyewitness accounts, dispatch records and federal reports. According to it, on 9/11 attacks, roughly 140 firefighters lost their lives in or around the south tower, while around 200 died inside the north tower or at its base.

According to the National Institute of Standards and Technology’s final report, the deaths after 9/11 attacks amounted to more than a third of the approximately 1,000 emergency personnel at the scene. On the other hand, the Federal Emergency Management Agency declared that two of FDNY’s fatalities were EMTs, and the others were firefighters.

One reason of many firefighters and many civilians’ death was also due to the chaos, the noise and the collapse of radio communication. Indeed, after a pair of minutes, FDNY officials realized that the north tower might soon collapse. So they tried to issue a radio communication to firefighters inside the building to order an immediate evacuation. But because of the reasons mentioned above, some firefighters didn’t hear the evacuation order, according to the 9/11 commission report.

Firefighters have been the real heroes of the 9/11 attacks. Despite the danger and the higher risk of losing their own lives, they faced the terrorist attack.

9/11 Memorial Museum: “No day shall erase you from the memory of time”

The 9/11 Memorial Museum collects and conservates the remaining parts of the Twin Towers. Not much because the main structures turned out to be destroyed after the collapses. The 9/11 Memorial Museum is located in the current World Trade Center of NY, exactly where Twin Towers have been built. Now, all that remains is the foundation of the towers. Then, two huge squared-fountains have been built, to remember who fell that day. There are marble plated which report the name of all the people who lost their lives.

The collection is made of remained pieces of the Towers, artistic elements created by worldwide artists and the photographies of people who lost their lives that day. The Ground Zero is a room of the Museum entirely dedicated to them. 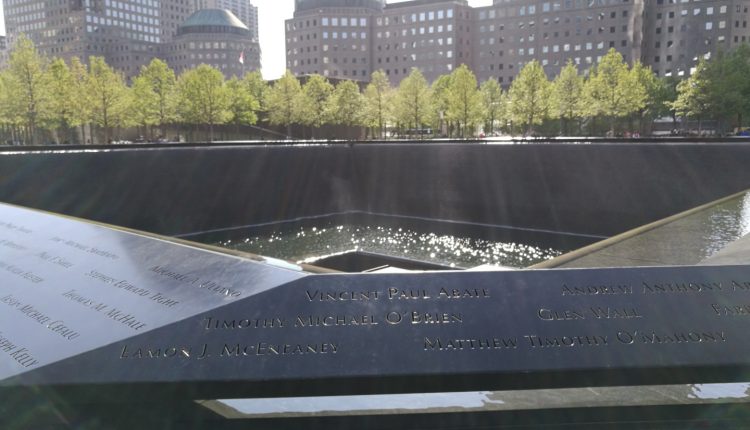 The base of Twin Towers 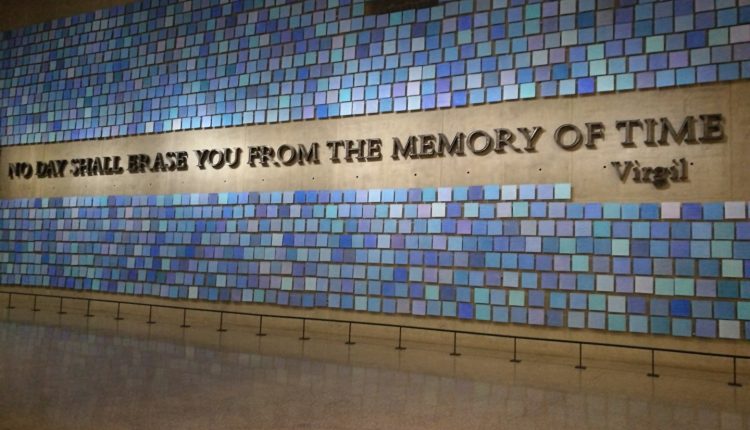 The entrance of Memorial Museum 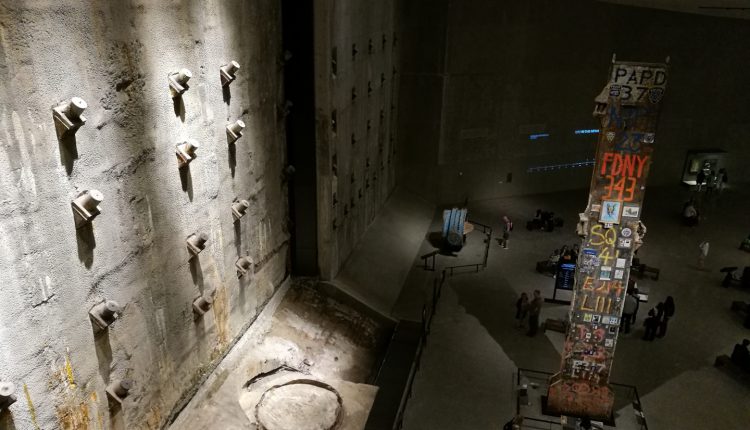 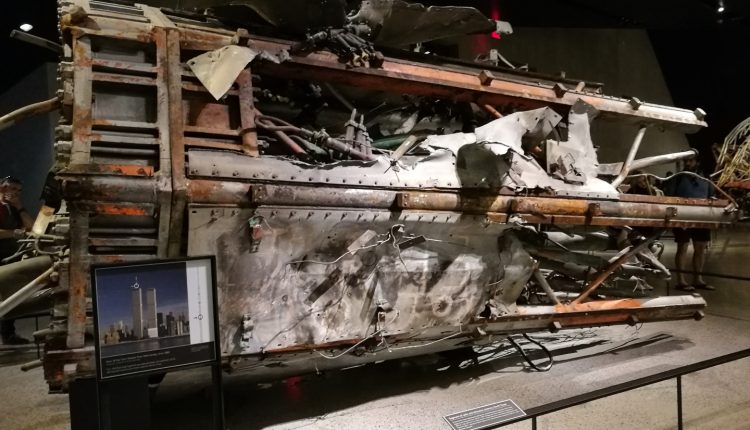 The radio and television antenna of the North Tower 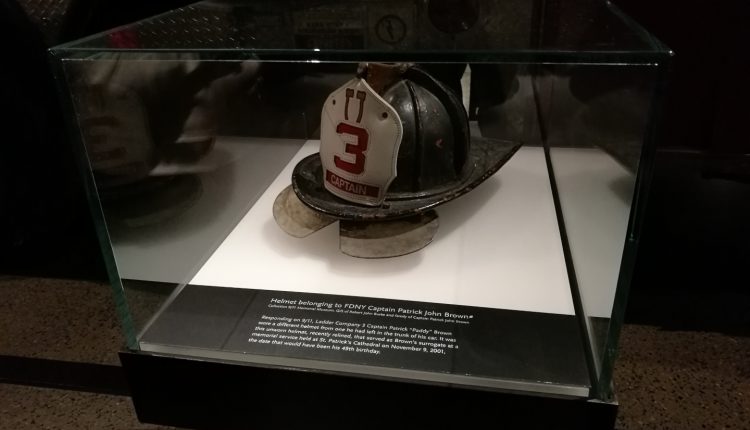 CBS report news about the memorial day in the US. New York City and the world will remember the victims of 9/11 attacks. As CBS 2’s Mary Calvi reported, the 9/11 Museum has now added new voices to its memorial to the solemn day. For the first time, ordinary New Yorkers are being seen and heard as part of the museum.

“My skyline that I had known my entire life would never look the same,” said one man in a U.S. Army uniform. “I felt powerless.”
“I just remember how it was before 9/11, and how much I took for granted,” a woman said.

For the museum, there is not just one story of 9/11 attacks, but thousands. And any visitor can go into a small studio and record their feelings, and answer certain questions. They can talk about how their lives were affected by 9/11 attacks, and how their views have changed since that day. 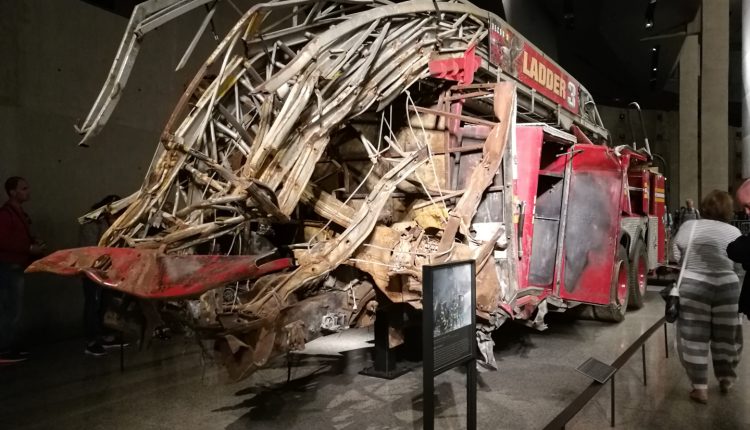 It was dispatched during the 9/11 attack at the Twin Towers. 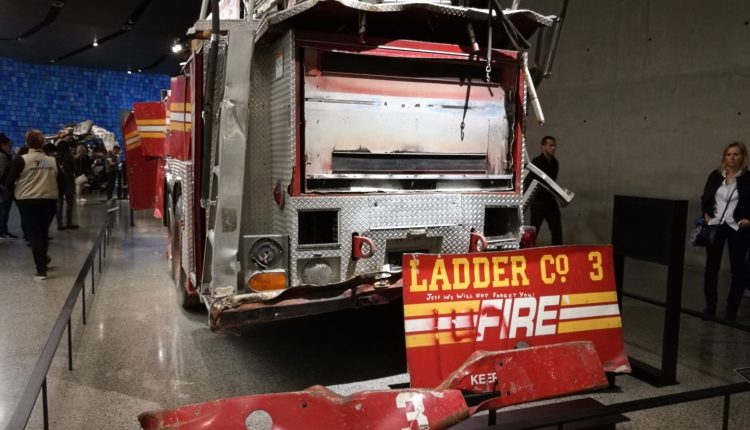 It was dispatched during the 9/11 attack at the Twin Towers.

National Institute of Standards and Technology