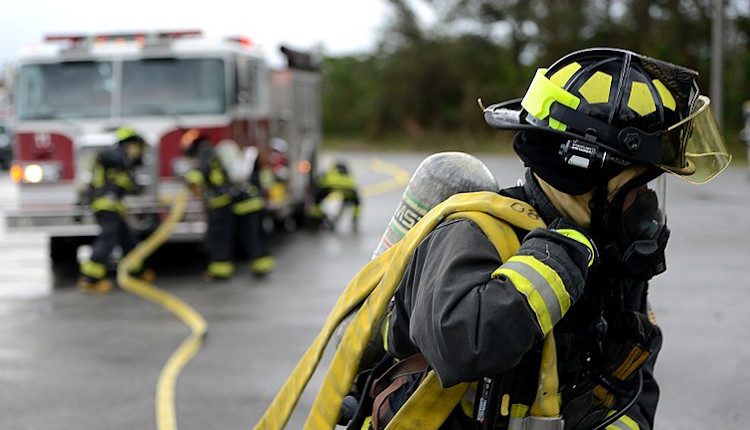 Emergency responders use to take care of drug-addicted patients. However, there is a hidden reality which can hit paramedics, firefighters or EMTs. It is substance abuse. Why should responders start using drugs?

Substance abuse in emergency responders is not so uncommon. They are the ones who experience the most dangerous phases of an emergency situation. This may provoke psychological traumas in them: stress, PTSD and sleeplessness. Drugs could be a consequence of all of this stressful emotions.

Why do emergency responders have more possibilities to get into substance addiction?

According to addictioncenter.com (link at the end of the article), two professionals wrote about the exposure of emergency responders to substance abuse and many related aspects. Professional and sometimes, heroic, duties are essential to society. However, they can be very emotionally-draining to those in the profession. There is a tragically close relationship between addiction and emergency responders, more than what we might think.

Emergency responders are exposed to situations that many people would not be able to emotionally bear. However, they are not immune to them, that’s why they encounter an increased risk of mental health disorders development. It is estimated that 30% of first responders develop behavioural health conditions during their time of service, including depression, anxiety, and post-traumatic stress disorder (PTSD).

Jena Hilliard, a drug addiction educator, wrote: “Despite the importance of mental health in the profession, there is an undeniable cultural stigma concerning mental healthcare treatment. Fear of being seen as weak or not up to the job of a first responder keeps many from seeking help and can lead suffering individuals to turn to substance abuse as a means of relief. When a person turns to alcohol or drugs for self-medicating purposes, they are more likely to become dependent upon that substance than an individual that is a recreational user. In fact, 50% of those with mental health disorders are thought to be affected addiction. Due to acute stress and trauma, it’s common for emergency responders to develop co-occurring mental health and substance use disorders.”

What about in substance abuse in Firefighters?

Firefighters face many traumatic psychological risks and, in addition to other professional figures, they have the physical risk of severe burns, smoke inhalation, lung damage, and other injuries. “The long 24-hour shifts and traumatic calls lead countless firefighters to develop mental health conditions such as post-traumatic-stress disorder, acute stress disorder, and depression. Many individuals struggling with these issues then turn to drugs and alcohol as a means of symptom relief. The National Survey on Drug Use and Health revealed that up to 29% of firefighters engage in alcohol abuse and as many as 10% of firefighters may be currently abusing prescription drugs.”

What about in substance abuse in paramedics and ambulance crew members?

Paramedics and EMTs are part of the emergency responders who take care of the medical part of the emergency sector. The kind of scenarios they can face are car accidents, fires, personal injuries, and shootings or stabbings. Jenna continues: “In addition to serving 24-hour shifts, EMTs are responsible for life and death decisions regarding their patients such as drug dosages and methods of treatment. These professionals face a number of occupational hazards while on the job and, like police officers and firefighters, are also at greater risk of developing mental stress-related disorders than the general population. According to SAMHSA, 36% of EMS workers suffer from depression, 72% of EMTs suffer from sleep deprivation, and more than 20% of EMTs suffer from PTSD; all of which puts them at an increased risk of substance abuse.

Drug abuse is much higher among paramedics and EMTs compared to other emergency responder professions. The limited research has not yet come to conclusions as to why, but it is believed to be a combination of factors including easy access to potent and addictive prescription medications and high-stress exposure levels. The stress and trauma that this industry incurs drive many professionals towards substance abuse as an effort to cope with the severe psychological strain they encounter on a daily basis.”

How Paramedics Can Treat a Substance Abuse Patient

Don't Choose To Abuse! - The new campaign against paramedic…

Aspirin with Clopidogrel after transcatheter aortic valve implantation or not?