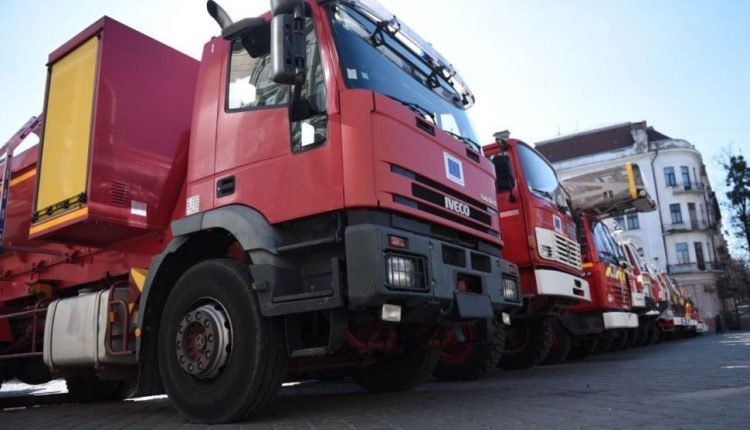 France has once again expressed support for Ukraine in its war with Russia, sending 27 fire brigade vehicles and humanitarian aid

Ukraine has received rescue equipment for firefighters from the French Republic

Today, Ukrainian rescuers received 27 units of firefighters and rescue and special equipment, as well as equipment and property for emergency rescue.

This was reported by the press service of the SES in its Telegram channel.

The equipment will be used to take urgent measures to eliminate the consequences of blockages in residential buildings, extinguish fires, rescue people and ensure the execution of other work.

Fire brigade, the SES: Ukraine has received fire-fighting equipment and equipment from the French Republic

“27 units of firefighting and special equipment,” reads the Telegram channel, “as well as equipment and goods for emergency cleaning were delivered today to the Ukrainian fire brigade by the French Order of the Republic of France.

The equipment will be used to carry out emergency measures to eliminate the consequences of blocked residential buildings, extinguish fires, guard buildings and ensure the implementation of other works.

According to Deputy Interior Minister Meri Hakobyan, it is of paramount importance to strengthen emergency services today, as Ukrainian firefighters are working in very difficult conditions.

In his speech, Etienne de Ponsin, Ambassador Extraordinary and Plenipotentiary of France to Ukraine, said that the transfer of humanitarian aid is a sign of solidarity, which is currently overwhelming France.

“Vehicles and equipment have been collected and delivered by all communities and fire brigades in France.

We offer our support to Ukraine in its struggle for its will.”

Social anxiety: what it is and when it can become a disorder