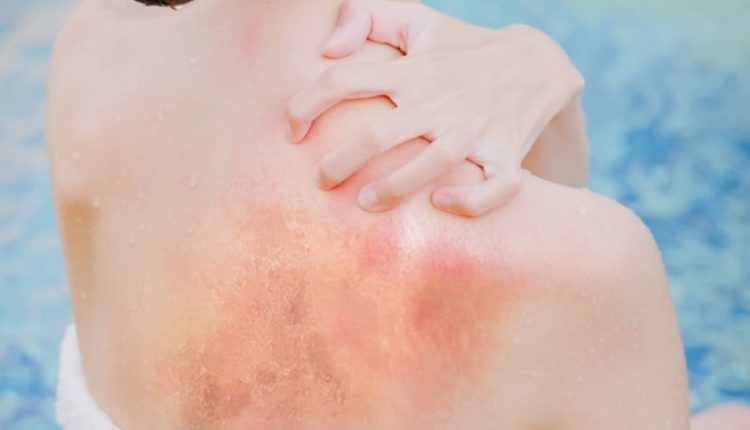 Atopic dermatitis (AD) is an itchy dermatitis with a chronic-recurrent course. It represents an aspect of a more complex picture called ‘atopy’, a constitutional condition characterised by an exaggerated response to various environmental stimuli at skin and mucosal level, with the presence of asthma, allergic rhinitis, conjunctivitis and atopic dermatitis

It often affects patients who, in addition to having a family and personal history of atopy, show elevated IgE values (antibodies associated with allergic reactions).

How many people suffer from atopic dermatitis?

It mainly affects children, with a prevalence of 10-20 % in paediatric age.

Onset before 2 months and in adolescence or adulthood is rarer.

In about 60% of cases, AD is no longer present at puberty although in more than 50% of cases there may be recurrences in adulthood. Factors indicating a possible persistence of atopic dermatitis are:

What can cause atopic dermatitis?

AD is a genetically determined disease with a multifactorial pathogenesis, in which genetic factors are associated with environmental factors (food and inhalant allergens, infections).

In the presence of respiratory atopy, airborne allergens may be relevant triggers; a possible role in AD exacerbations by pollens, mites and animal epithelia has been highlighted.

Several genes are involved, mainly relating to structural proteins of the epidermis and immunity.

The gene most involved is that of filaggrin, a protein crucial for the integrity of the skin barrier, resulting in increased skin permeability.

The alteration of the skin barrier results in increased penetration of irritants and allergens through the skin, with consequent stimulation of the immune system and the onset of the inflammatory picture typical of the disease, characterised by a distribution of lesions that varies according to age.

How does it manifest itself and what are the symptoms?

A peculiar characteristic of atopic dermatitis is the different distribution of lesions depending on age.

In the first two years of life it presents with eczematous lesions (erythematous-vesicular-crustose) on the face and the extensor surfaces of the limbs.

Later it symmetrically involves the folds of the elbows and knees (involvement of the popliteal cavity is typical).

In older children and adults, lichenification (the skin is thickened and dry, with clearly visible furrows and squares) and fissures prevail.

The main symptom is itching, which is a constant, sometimes very intense symptom, causing agitation and sleep disturbances in children.

Other manifestations include skin dryness (xerosis), keratosis pilare (“raspy” skin at the level of the hairy areas) and pityriasis alba (whitish, slightly scaling patches, localised mainly on the face and arms, often mistaken for fungal lesions or vitiligo).

How is atopic dermatitis diagnosed?

The diagnosis of atopic dermatitis is based on the presence of major diagnostic criteria that include:

In the diagnosis of AD, other conditions that may mimic the skin picture such as contact dermatitis, scabies (due to elevated itching and associated scratching lesions), psoriasis, ichthyosis, tinea corporis and seborrhoeic dermatitis (in infants) must be excluded.

What are the possible complications?

The defect in the skin barrier and immunity makes the skin of atopic subjects particularly susceptible to infections.

Bacterial ones, mainly from staphylococci or streptococci, affect the excoriated areas and present with an increased exudate.

The most frequent viral infections are herpes simplex, with possible dissemination and Kaposi’s varicelliform eruption (disseminated eruption of vesicle-pustular lesions accompanied by fever, malaise and lymphadenopathy).

Altered skin integrity is responsible for increased skin sensitivity and an increased tendency to irritation.

Irritative and allergic dermatitis of the hands can often complicate the skin picture to the point of occupational disability.

Also important is the impact on quality of life, especially due to constant itching and associated, often disabling lesions.

The itching associated with AD is often of such magnitude that quality of life is impaired due to loss of sleep, difficulty in concentrating and deterioration of social relationships.

Infectious Cellulitis: What Is It? Diagnosis And Treatment

Skin Diseases: How To Treat Psoriasis?

Pityriasis Alba: What It Is, How It Manifests Itself And What Is The Treatment

Psoriasis, A Disease That Affects The Mind As Well As The Skin

What Is And How To Read The Allergy Patch Test

Dermatomyositis: What It Is And How To Treat It

Italian paediatricians: 72% of families with children aged between 0 and 2 do so at the table with telephones and tablet