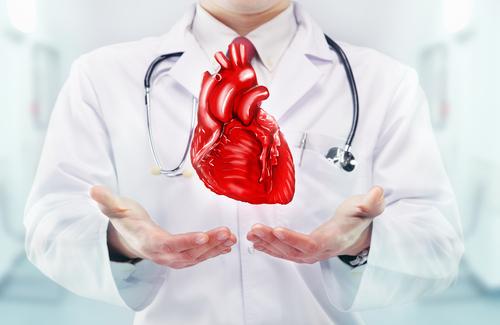 About cardiogenic shock: in medicine, ‘shock’ refers to a syndrome, i.e. a set of symptoms and signs, caused by reduced systemic perfusion with an imbalance between oxygen availability and oxygen demand at the tissue level

Cardiogenic shock (in English ‘cardiogenic shock’) is due to a reduction in cardiac output secondary to a primitive deficit in the heart’s pumping activity or resulting from hyperkinetic or hypokinetic arrhythmias.

The critical depression of cardiac function determines the changes that lead to peripheral hypoperfusion associated with ischaemia, dysfunction and cellular necrosis, with altered organ and tissue function that may even result in the death of the patient.

This form of shock complicates 5-15% of all heart attacks and has a very high intra-hospital mortality rate (around 80%).

One of the possible classifications of cardiogenic shock is as follows:

Ventricular filling pressures and volumes are increased and mean arterial pressure is reduced.

The upstream causes of cardiogenic shock, which can lead to and/or promote a reduction in cardiac output, are:

Signs and symptoms of cardiogenic shock

The main manifestations of cardiogenic shock are arterial hypotension and tissue hypoperfusion, which in turn leads to various other symptoms and signs.

Typically, the subject’s systolic (maximum) blood pressure decreases by 30 or 40 mmHg from what it usually is.

Possible signs of cardiogenic shock are:

A) in the central nervous system:

B) affecting the skin:

I) affecting the lungs:

Stenosis of the coronary arteries, which became apparent during the autopsy of subjects who died of irreversible shock, mainly affects the common trunk of the left coronary artery, which supplies two/thirds of the heart muscle.

The diagnosis of cardiogenic shock is based on various tools, including:

In the case of an unconscious patient, the history can be taken with the help of family members or friends, if present.

During diagnosis, it is necessary to ensure airway patency in patients with impaired consciousness, place the subject in the anti-shock position (supine), cover the casualty, without making him sweat, to prevent lipotimia and thus further aggravation of the shock state.

In cardiogenic shock this situation occurs:

We remind the reader that systolic output depends by Starling’s law on preload, afterload and contractility of the heart which can be monitored clinically indirectly by various methods:

The other important parameters in the case of shock are checked by:

During diagnosis, the patient is observed continuously, to check how the situation evolves, always keeping the ‘ABC rule’ in mind, i.e. checking

These three factors are vital to the patient’s survival, and must be checked – and if necessary re-established – in that order.

Once the process triggering the syndrome has begun, tissue hypoperfusion leads to a multi-organ dysfunction, which increases and worsens the state of shock: various substances are poured into the circulatory stream from vasoconstrictors such as catecholamines, to various kinins, histamine, serotonin, prostaglandins, free radicals, activation of the complement system and tumour necrosis factor.

All these substances do nothing but damage vital organs such as the kidney, heart, liver, lung, intestine, pancreas and brain.

Severe cardiogenic shock that is not treated in time has a poor prognosis, as it can lead to irreversible coma and death of the patient.

Three different phases can generally be identified in shock:

The treatment for arrhythmias is synchronised electrical cardioversion in tachyarrhythmia and transcutaneous pacing or isoprenaline infusion in bradyarrhythmias.

Pump deficiency due to structural heart disease, necrosis/ischemia, dilated heart disease, myocardiopathy requires the infusion of amines (dobutamine or dopamine) and, in the presence of myocardial infarction, the mechanical reopening of the occluded coronary artery by angioplasty.

Initial clinical stabilisation is followed by monitoring with a Swan-Ganz catheter, which will make it possible, by checking cardiac output and pulmonary wedge pressures, to modulate drug administration according to haemodynamic responses.

Vasodilating substances such as sodium nitroprusside and nitroglycerin may be used in forms with depressed systolic function or myocardial infarction.

In the majority of cases, however, sympathomimetic substances such as dopamine and dobutamine are used, which, by supporting arterial pressure, improve organ perfusion and thus reduce peripheral resistance, by reducing the production of local vasoconstrictive substances.

RESCUE RADIO IN THE WORLD? VISIT THE EMS RADIO BOOTH AT EMERGENCY EXPO

The mechanical support that the use of the aortic counterpulsator can provide is used in forms involving the ischaemic heart muscle: acute mitral insufficiency and ischaemic rupture interventricular defect. This support allows for a bridging solution, which will enable surgery to be performed in the best possible condition.

Surgical intervention is a must in mechanical defects, as reported, and one benefits from short latency periods between the start of medical therapy and eventual mechanical support.

The pathology unfortunately has a poor prognosis in almost 80% of untreated hospital cases (in some cases this figure approaches 100%).

The prognosis improves with diagnosis and treatment undertaken very quickly.

It is especially important to stabilise the patient with initial treatment, so that there is time for more specific diagnostic tests and more specific therapies.

If you suspect that someone is suffering from shock, contact the Emergency Number.

In the meantime, place the person in the anti-shock position, or Trendelenburg position, which is achieved by placing the casualty lying on the floor, supine, tilted 20-30° with the head on the floor without a pillow, with the pelvis slightly elevated (e.g. with a pillow) and the lower limbs raised.

Compensated, Decompensated And Irreversible Shock: What They Are And What They Determine

The Quick And Dirty Guide To Shock: Differences Between Compensated, Decompensated And Irreversible

Tachycardia: Is There A Risk Of Arrhythmia? What Differences Exist Between The Two?

Erectile Dysfunction And Cardiovascular Problems: What Is The Link?

Precordial Chest Punch: Meaning, When To Do It, Guidelines

Do You Know How to Treat Your Nausea?

First Aid: The Causes and Treatment of Confusion