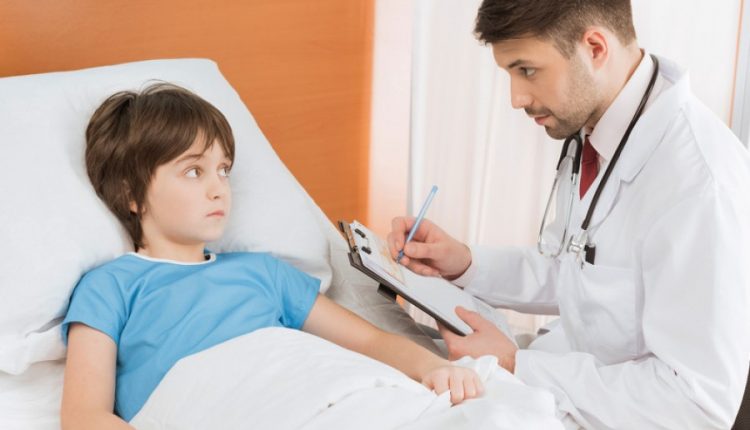 Paediatric urinary calculus: what it is, how to treat it

Paediatric urinary calculus: it consists of the formation of stones in the urinary tract. The prognosis is good if the disease is diagnosed early

In contrast to adults, the location of stones is predominantly renal and the relapse rate is five times higher, as it is most often associated with metabolic disorders such as cystinuria or oxaluria and other genetic diseases.

In recent years, the incidence of renal-ureteral calculosis in children has increased by around 20%, probably due to different eating habits and an increase in obesity.

A stone is a hard mass that develops from crystals that originate in the urine and grow inside the renal tubules (intrarenal structures).

Most stones are formed from calcium oxalate and calcium phosphate. More rarely they are formed by cystine (cystinuria) or uric acid.

In many cases the disease presents itself as an isolated problem, but in less frequent cases – about 1-2% – it can be caused by malformative diseases of the urinary tract.

Urinary calculus in children – what are the symptoms?

Compared to adults, the symptoms with which the disease can manifest itself are different and are often related to the age of the child.

In some cases the diagnosis is occasional, for example following an ultrasound of the abdomen performed for other indications such as recurrent abdominal pain, suspected urinary tract infections or simply following a control ultrasound.

In other situations the only symptom is the presence of more or less abundant blood in the urine: the so-called haematuria.

In older children the symptom is often clearer and manifests itself with what is known as renal-ureteral colic: a sharp pain in the side that radiates towards the groin, very intense, may be associated with nausea, vomiting and general malaise.

How is it diagnosed?

Recognition of the symptoms is the first step towards diagnosis;

Renal and bladder ultrasound is the diagnostic tool of first choice, sometimes insightfully suggested by the primary caregiver;

Direct X-ray of the abdomen with adequate bowel preparation may represent the next step; it is indicated by the urological specialist;

CT scan of the urinary apparatus without contrast medium represents the most complete assessment and is always performed following the indication of the urological specialist, especially in cases of complex stones previously evaluated by ultrasound (multiple stones or those involving a large part of the excretory route of the kidney, suspected ureteral stones not visualized by ultrasound or direct abdominal X-ray).

How is urinary stone disease treated in children?

In cases of small stones (microlithiasis), even multiple ones (2-3 mm), careful monitoring, prescription of medical therapy with potassium citrate supplements and plenty of hydration are recommended.

In cases where more intensive treatment is required, the choice of the appropriate technique for treating stones depends on the composition and size of the stones, their location and the anatomy of the urinary tract.

This is indicated in certain cases with single stones of about 1 cm in size.

It involves the use of a device that generates high-energy acoustic shock waves and focuses them on the stone, which is then shattered.

The small fragments are excreted with the urine.

It is the most indicated for stones present in the lumbar and pelvic ureter with stones no larger than 2 cm in children over 2-3 years of age.

An endoscopic probe called a “ureterorenoscope” is introduced first into the urethra, then into the bladder and then up the ureter to the stone.

The stone is crushed with a special laser and the fragments are collected and extracted using special “baskets”.

The technique requires delicate instruments and considerable manual dexterity and experience. With the advent of flexible ureteroscopes, the technique has reached a new level of excellence.

Percutaneous nephrolithotomy (PCNL) is the best treatment procedure for certain forms of kidney stones, especially for mould and multiple forms (cystine stones, mould stones of the lower calyx group or with a diameter of 2 to 3 cm).

How can urolithiasis be prevented?

Above all, efforts are made to provide parents and the general paediatrician with correct indications regarding adequate water intake, a low-sodium, normocaloric and normoproteic diet to be prescribed from weaning onwards.

In cases where there is an early diagnosis of the disease, the prognosis is favourable.

In cases where the diagnosis is made late due to the absence of symptoms and the disease causes an obstruction of the excretory pathway with renal suffering, the prognosis may be severe, even with serious functional loss of the kidney.

Fortunately, these cases are very rare.

What Is Pancreatitis And What Are The Symptoms?

Kidney Stones: How They Form And How To Avoid Them

In Rome the first study on Long Covid Syndrome: the publication in Brain Sciences