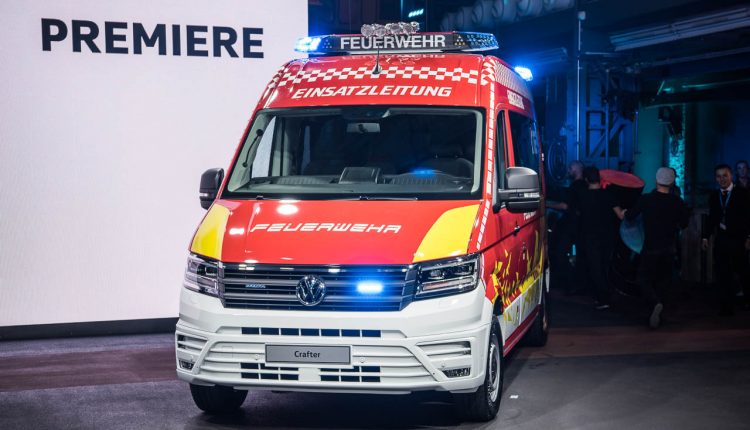 Formula Guida Sicura tells us about the Crafter vehicle made by the Volkswagen car manufacturer: features and advantages of the rescue vehicle

Volkswagen, the historic German car manufacturer, has launched the Crafter vehicle in the world of rescue and emergency services

An innovative vehicle with advantageous solutions that facilitate the work of rescue associations, the Crafter is spacious, safe and comfortable.

Telling us about the vehicle’s special features is Danilo Tonani, manager of Formula Guida Sicura, one of the most important companies in the world of rescue drivers.

“We,’ explains Danilo of Formula Guida Sicura, ‘tested the version of the Volkswagen Crafter vehicle with the automatic transmission.

It is a model that is particularly suited to being fitted out as an ambulance: being equipped with a very gradual and very progressive gearbox, it is remarkably comfortable for patients who are going to suffer vibrations during transport, especially during emergencies.”

“In emergencies, in fact, the driver is always under stress, with considerable psychological pressure, and therefore, the driver can tend to release the clutch very gradually, causing the ambulance to oscillate a lot.

This aspect is completely eliminated with the automatic transmission.”

Danilo Tonani: “The Crafter vehicle with the automatic transmission is a very gradual vehicle despite the fairly powerful engine”

“At the same time, however, the moment we switch to the sequential gearbox, the vehicle becomes much more decisive and snappy.”

“Then, of course, depending on the set-up that is done, the space inside also changes.”

“If it is equipped by an outfitter who tends to put everything up, you will have more sway when cornering.

If, on the other hand, the outfitter tends to set up the sanitary compartment and half of the cell at the bottom, you will have less sway.”

DO YOU WANT TO TEST YOUR KNOWLEDGE AS A RESCUE DRIVER? ENTER THE FORMULA GUIDA SICURA BOOTH AT EMERGENCY EXPO

“Obviously, associations choose their ambulances according to their needs.

An association operating in the narrow streets of a small town centre tends to prefer a much smaller ambulance, such as a T6.”

“Whereas for an association that mainly does motorway work, the Crafter will definitely do.”

“Unsuitable for associations that do interventions on narrow roads and in historic town centres, the Crafter is adequate for those who, on the other hand, deal with emergencies in the city or outside.”

“Among the advantages of the Volkswagen vehicle is the sanitary compartment, which is normally very high and very spacious.”

“The suspension is also very good: we have seen that the vehicle absorbs well if the road surface is uneven, which, by cushioning the blow, is a great advantage for people who are rescued and have fractures.”

“Furthermore, the Crafter, having a very high working position and being the tallest in its class, allows a good view in the middle of traffic.

Not only that, the width of the windscreen allows a very good view and the side pillars give little discomfort: they cover little if positioned correctly when driving.”

“Finally, from the point of view of adjusting the driver’s seat, here too there are several possibilities: the various modes of adjustment allow for correct positioning of the driver, suitable for any type of build.”

Rescue Seen By Voluntary Associations: A Look At Garda Emergenza

Volkswagen AG Has Awarded The PremiumPartner Certificate For Tamlans Oy

First Aid: The Causes and Treatment of Confusion