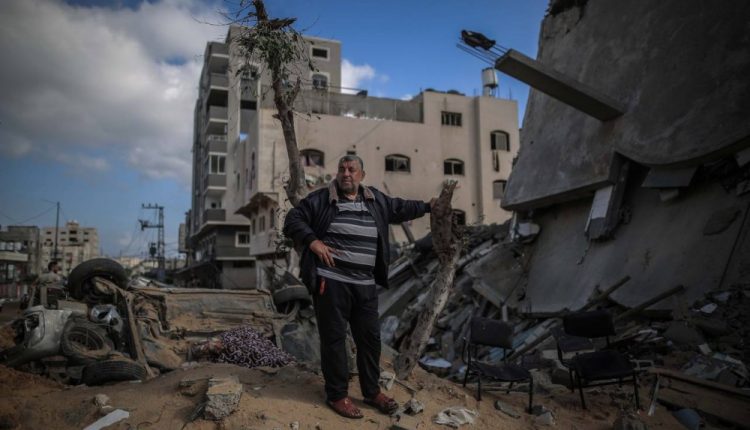 Israel/Gaza, International Committee of the Red Cross (ICRC): Civilians are paying a heavy price in the escalation in Israel and Gaza / VIDEO

International Committee of the Red Cross (ICRC): in Gaza, hundreds of airstrikes on the densely packed strip left thousands of residents displaced

According to the Ministry of health, more than one hundred people were killed and many more injured.

A health system that was already strained due to a heavy COVID-19 outbreak, now faces an additional challenge with many injured needing medical care.

“In the last days have we have seen a dramatic increase of violence.

Our teams have rarely been able to move.

A de-escalation is really needed so that we can assess the humanitarian situation on the ground and deliver much-needed aid, said Mirjam Mueller head of ICRC’s Sub Delegation in Gaza.

I have been here only a couple of days as head of Sub Delegation in Gaza and it has been heart-breaking to see how the situation has been unfolding,” she added.

Read Also: A New Social Center In Gaza By The Italian Red Cross

In addition, we have donated ten stretchers, carriers with movable side rails and five hospital beds to the newly opened ward at Shifa hospital in Gaza.

On Wednesday, a team from the International Committee of the Red Cross visited the village of Dahmash in central Israel, where a rocket killed two civilians.

In addition, in Petah Tikva a rocket fell between residential buildings, damaging five of them, one seriously.

“We heard that one of the residents was injured, the rest managed to get to the safe room.

However, after the rockets a fire broke out and the people who were in the safe room had to run away and wait on the streets because of the smoke, “said Pawel Zug, ICRC delegate for the protection of the civilian population.

“For us the International Committee of the Red Cross, it’s really important that we are present in the field and that we can get first-hand information, we can see things ourselves so we can properly document and assess the impact of the ongoing conflict on the civilian population.,” he continued.

Watch the International Red Cross video on the escalation of violence in Gaza and Israel:

Beyond the visible injures of the conflict, the psychological trauma people are left with is often overlooked, it has immense impact and people need support in dealing with it.

Young children and teenagers are part of a generation that have already lived through several flare-ups as well as daily pressure and fear.

If the fighting escalates further, the region faces a major humanitarian emergency.

The ICRC is calling for the destruction and violence to stop now.

Ambulance, How Is The Rescue Network Organized In Palestine?

Being A Nurse In Palestine: Which Training Path? Average Salary? What Specializations?

Gaza Under Attack: Bombs And Fire Are Lashing The Area For Days

Gaza, Paramedics And Volunteers On Target

Resurrection Italy: 35 days after the first dose of the Covid vaccine, infections, hospitalisations and deaths have plummeted