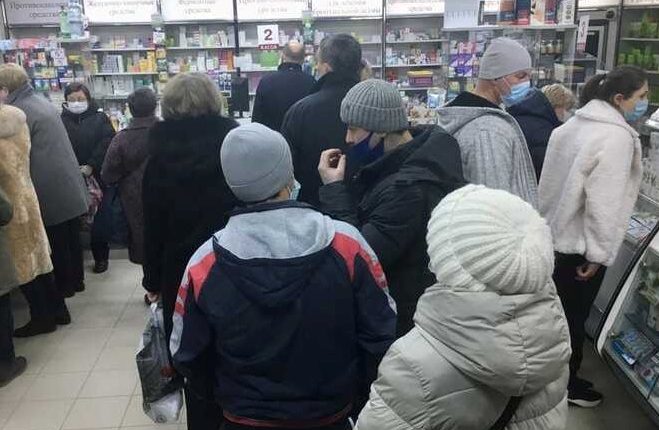 The war between Russia and Ukraine has led to sanctions that also have repercussions for the health of Russian citizens: many medicines produced abroad are at risk, and there is understandable concern

The production of many drugs prescribed in Russia have foreign components or production, and this is preventing them from being supplied to Russian pharmacies, if only because of the impossibility of payment.

Drugs such as Biseprolol (a cardiology drug that reduces arrhythmia), nystatin (an antifungal agent), acyclovir (an antiviral agent) and the widely advertised Ambrobene (taken with a cough) are almost impossible to obtain.

In addition, in Bud Zdorov’s widespread network of pharmacies, some of the drugs were found to be out of stock when they were booked online: only ‘reserves’ remained in the pharmacies.

In front of which, incidentally, long queues have formed.

In connection with the sanctions that have come into force in Russia, people are afraid of running out of imported medicines, on which their lives often depend

Or they fear that their cost will increase significantly (the increase is now around 10% on average).

Since 1 March, when the new law on the subject came into force, doctors have been required to indicate the expiry date and degree of urgency on written prescriptions.

A prescription marked “statim” (immediately) will have to be served within one working day of the patient contacting the pharmacy and those marked “cito” (urgently) within two working days, official sources said.

At the same time, according to the new law, medicines within the minimum range will be released within five days.

Once stocks in warehouses are exhausted, the risk is shortages or black markets.

Periodically, drug manufacturers ask the Russian Ministry of Health for a declaration to terminate the licence of a particular product.

However, the Health Ministry’s latest document on terminating licences has turned out to be frighteningly large.

It contains 44 drugs and 4 pharmaceutical substances.

The drugs include both Russian and European ones, as well as several drugs from the US and India.

The advice given to citizens is on the one hand to remain calm, without panicking, and on the other to stock up on essential medicines before they run out.

In wars, it is always the weak, in this case the Russian patients, who pay the highest price.

This is an aspect that is never given enough consideration by political leaders everywhere.