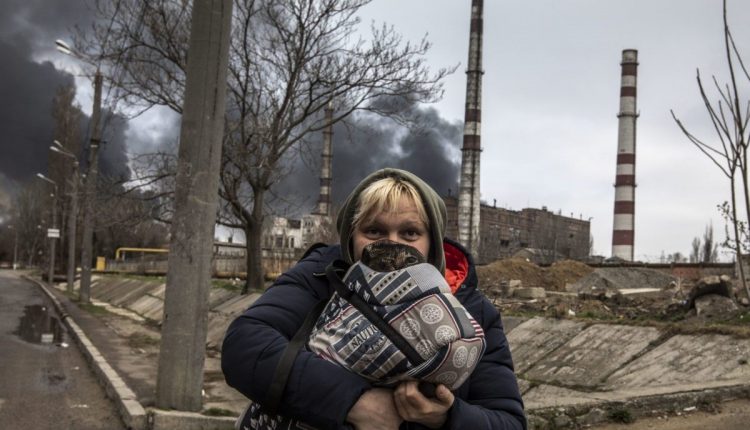 Achille Despres, spokesman in Kiev for the International Committee of the Red Cross (ICRC) on civilians in Ukraine: ‘Obligation to respect humanitarian law’

Achille Depres (ICRC) on the rights of civilians in Ukraine

“In this armed conflict civilians are suffering so much; that is why to all parties to the conflict, to Russia and Ukraine, we say: ‘Respect humanitarian law'”: speaking is Achille Despres, spokesman in Kiev of the International Committee of the Red Cross (ICRC).

The premise is that the organisation, with offices and programmes in different regions of the country, from Odessa to Poltava to Dnipro, from where it reaches areas close to the front line cutting through the Donbass, operates on the basis of a principle of neutrality in any situation.

“It is essential to be able to assist those in need, people who have been exhausted by ten months of conflict and indeed often by eight years, particularly in the Donetsk and Lugansk areas,” says Despres.

The reference is to Russia’s military offensive that started last February and then to 2014, the year of the beginning of clashes and bombings in the east of the country and in particular in the Donbass.

In all these regions, on either side of the front, with garrisons also in the Russian-controlled cities of Donetsk and Lugansk, the International Committee of the Red Cross brings humanitarian aid, starting with food and medicine.

DO YOU WANT TO KNOW MORE ABOUT THE MANY ACTIVITIES OF THE ITALIAN RED CROSS? VISIT THE BOOTH IN EMERGENCY EXPO

Civilians in Ukraine: ‘Our commitment is to be as close as possible to the affected communities’ highlights Despres

“From the Poltava office, we have reached the city of Kupyansk, retaken only a few months ago by Ukrainian forces, and security is often a challenge for humanitarian actors.

This was confirmed a few weeks ago, when a volunteer from the Red Cross of Ukraine, a local umbrella organisation for CICR, was killed in a bombing.

‘It happened in the Kherson area, retaken by Ukrainian forces a few weeks ago,’ reports Despres: ‘She was helping at a health centre.

In recent days, raids and fighting have been concentrated in the Bakhmut and Soledar areas in the Donbass.

Russian President Vladimir Putin had announced a truce for Orthodox Christmas Day, between 6 and 7 January.

However, his proposal was rejected by the Ukrainian head of state, Volodymyr Zelensky, who made the withdrawal of all Moscow forces beyond the country’s internationally recognised borders a precondition.

THE TRUCE A POLITICAL ISSUE

The truce confirmed itself as a political theme.

Despres’s, then, is first and foremost an appeal to respect international humanitarian law.

‘A legal and moral obligation,’ he emphasises, citing the Geneva Conventions and a principle of humanity towards the defenceless.

According to Despres, since the start of the Russian offensive on 24 February, CICR has provided food to more than one million people and assisted around ten million to ensure clean water.

Another number, 170, is the number of health centres and hospitals that have been provided with medical equipment, drugs or generators, which are essential for the blackouts resulting from the bombing.

“Only in this way,” Despres emphasises, “can surgery continue in the operating theatres”.

According to UN estimates, there were at least 17,994 civilian victims of bombings and explosions in Ukraine, of whom 6,919 were killed and 11,075 injured.

The number of people forced to leave their country, as of last December, according to the UN, was 7.8 million.

Russia, Red Cross Helped 1.6 Million People In 2022: Half A Million Were Refugees And Displaced Persons

27-year-old woman dies of bacterial meningitis in Rome: 'Here's when to worry'

Heart disease and substance addiction: what are the effects of cocaine on the heart?