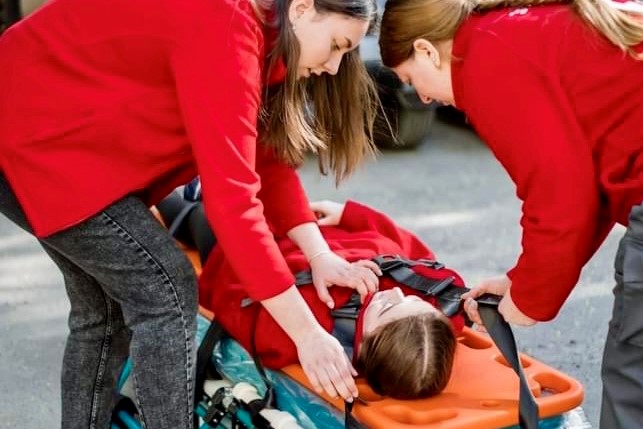 Ternopil, training of volunteers is an important part of Ukrainian Red Cross activity

After all, volunteers are among the first on the scene of emergencies and many lives may depend on their skills and knowledge.

Recently, volunteers from the Ternopil Rapid Response Unit of the Ternopil Regional Organisation of the Ukrainian Red Cross Society were trained.

The volunteers improved their knowledge in transporting victims by ambulance.

The skills they acquired were the subject of exercises with simulation dummies, including the provision of first aid in combat.

It goes without saying that the situation in the country, overrun by the Russian army, makes the preparation of rescuers more important than ever.

Swollen lymph nodes: what to do?