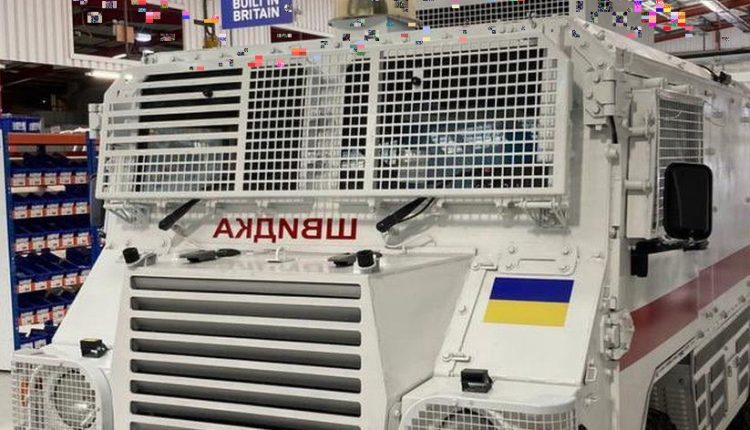 The firm said the vehicles provided “ballistic protection from small arms fire on the front line” and could carry more casualties.

The ambulances were also equipped with run-flat tyres, it said.

According to Venari, Ukraine is losing ambulances at a rate of 10 per day

Company spokesperson Emma Eastwood said: “These vehicles are going into war zones because standard ambulances that shouldn’t be shot at are being taken out at every point.”

Production began earlier this month after the firm was contacted by Andrew Percy, Conservative MP for Brigg and Goole, and staff at the Ukrainian embassy.

Fourteen of the Yorkshire-built ambulances have since arrived in Lviv.

“To think the design for these ambulances didn’t exist until a few weeks ago – all of that has been achieved through force of will here by all of the guys on the ground,” Mr Percy said.

“As the UK’s oldest and largest ambulance builder, we truly feel it is our duty to deliver on this project, with as much passion, precision, and speed as we possibly can.”

Funding for the project has come from a number of wealthy Ukrainian businessmen and UK-based blue chip organisations.

Ukraine Has Received 21 Ambulances From France: The Announcement By The Ministry Of Health In Kiev

Ukraine Emergency, from Italy to Moldova Porto Emergenza donates a camp tent and an ambulance