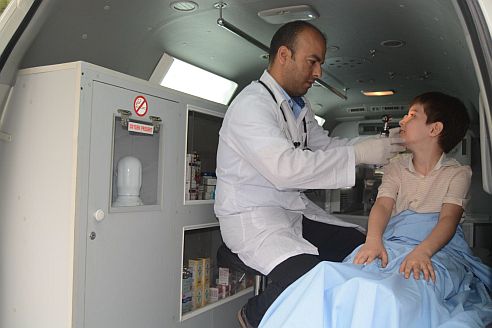 In 2012, the WHO Regional Committee for Europe designed the Health 2020, a policy framework that championed the enhancement of Europeans’ health and wellbeing and the improvement of health equity throughout the region

The ambition was to generate health information and evidence for individual European countries that could guide public health efforts within the countries’ cultural and political contexts towards key health targets.

The European Health Report 2018: More than numbers—evidence for all, published on Sept 11, 2018, delivers the WHO Regional Office for Europe’s most recent update on progress made towards achieving the Health 2020 targets relative to 2010 baseline data. By many measures, health in Europe has never been better. Yet the report paints a sobering picture of trends in health risk factors and reveals persisting inequality across the region and between the sexes.

Despite these encouraging trends, efforts towards improving other public health problems have been woefully inadequate. Europeans in all age groups are still the world’s leading consumers of tobacco and alcohol. With 23·3% of the population being obese in 2016, compared with 20·8% in 2010, obesity and overweight are also important and growing problems in the region. Equally disappointing are the disparities in health equality that still exist between men and women and between countries. Overweight is still most prevalent in men, whereas obesity is most prevalent in women, and men still tend to both drink and smoke more than women.