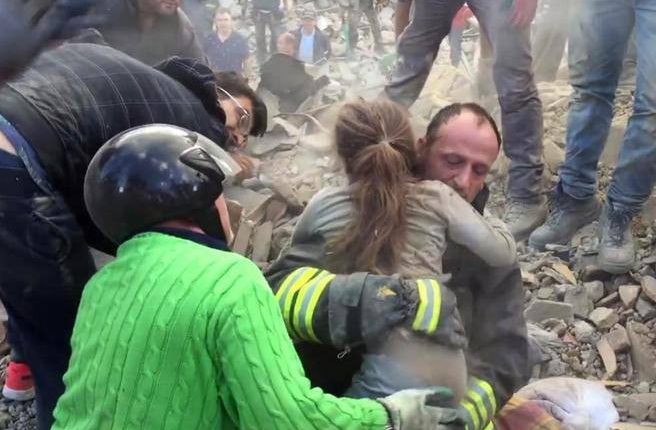 Earthquakes and ruins: How does an USAR rescuer operates? - Brief interview to Nicola Bortoli

After the earthquake in Amatrice, Dr Nicola Bortoli reached the area to rescue and assist people. With him, we analyzed and discussed the procedures of USAR rescue operations after disasters.

Nicola Bortoli is an Italian USAR (Urban Search And Rescue) rescue professional and his curriculum is rich in many medical fields skills, such as healthcare, fire fighting and mountain rescue. He is a surgeon with anaesthetic and resuscitation qualifications, and he is member of the Italian Red Cross Military Corps. Bortoli has been one of the first rescuers arrived in Amatrice – a town of Central Italy hit by the recent earthquake of August 2016.

Now, after a few days from that mission, when many people have been saved – among them, the little Giorgia, a symbol of hope for people of those areas – we appreciate discussing some aspects of rescue during disasters and USAR. Nicola explains us these arguments precisely. Advice and considerations made by Dr Bortoli could be helpful also in case of other disasters.

You always need silence after an earthquake in order to localize victims beneath ruins. In these cases, how do USAR professionals and other rescuers communicate?

“Members of our crew are always equipped with two-way radios. There are various radio links in order to guarantee communication flows which allow speaking without screaming. We have to bear in mind, though, that during digging procedures we use noisy instruments, such as pneumatic drills, chainsaws or tools like those. During the first hours, there are many volunteers and rescuers on place, who are not trained in USAR operations. So, when we need silence, we use codified sounds to force the silence and, if these signals cannot be recognized by everyone, we use vocal communication.”

When you find an injured person after an earthquake, which protocol and which method do you follow for a triage?

“Usually, we use a SIEVE/SORT protocol. Among ruins, when the possibilities of rescue are limited to a single injured, we do not make triage. We make a head-to-toe physical examination and we assign a healthcare code according to the clinical situation of the patient.”

USAR and the team: in the case of Giorgia, we saw that many different rescue crews were involved (Firefighters – Police – Mountain Rescue). How were they organized?

“There is a specific rescue team in each area. From that moment on, that crew manages the area. In case of need or availability of more rescuers, other operators will be at the disposition of the chief who manages the area. Anyway, the integration and cooperation in these scenarios are at best. The very last objective is to rescue victims.” 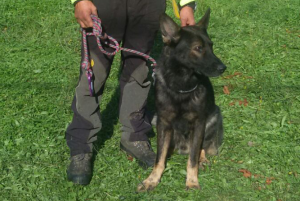 Which technologies did USAR use the most useful during this emergency?

“In this scenario, the search and rescue dogs have been fundamental. On the scenario of the ruins, in particular, during the first days, we used simple instruments, such as shovels, pickaxes and portable instruments supplied with a battery or with little portable power generators. Plus the common equipment, which has to be compact and portable, we used intraosseous access with satisfaction and, where it was possible, we used foldable stretchers, because the working areas were inaccessible for emergency vehicles.”

PTSD of USAR: this is a difficult argument to discuss, but many rescuers risk to suffer this disease after an earthquake like this. How can you deal with it? What do you suggest to other rescuers?

“In this situation, I saw a great number of psychologists and helpful groups. Surely, the presence of specialists is helpful to deal with this situation. Belonging to an attached group like USAR and the capacity to discuss suddenly what happens helps very much. When the team is tight, its members can easily talk, discuss and confide to each other. I believe it is a successful option:  planning the intervention with operators who shared training and rescue operations. In the end, this behaviour repays and guarantees harmony which is difficult to improvise.”

Debriefing: is there some element which you underlined during debriefing, which could help you to improve the future management of disaster scenarios?

“The official debriefing has to be organized because we are finishing the first phase of rescue just now. I will make you know if there will be something interesting for the readers. I hope to write an article about this experience soon.”

Surviving an earthquake: the “triangle of life” theory

Earthquake, tzunami, seismic motion: the earth is trembling. Moments of fear for the nuclear power plant in Iran