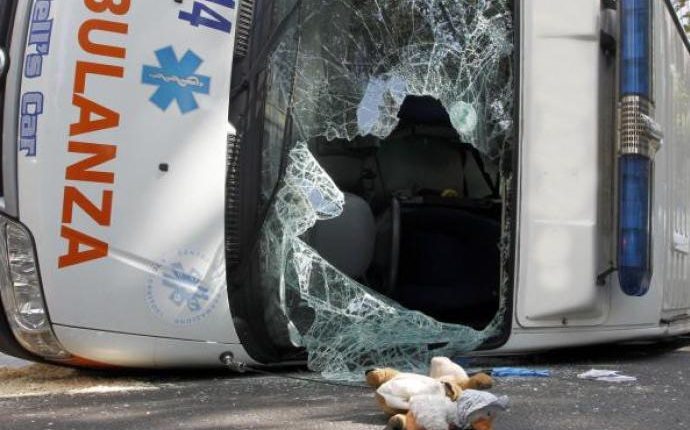 Ambulance driver jailed one year after a fatal crash in Italy

Why was imposed a one-year jail sentence on the ambulance driver of the Red Cross ambulance that struck Anna Fabbri three years ago?

ITALY (Ferrara) – Anna Fabbri, 13 years old, dies on April 2017 in a car accident, caused by an ambulance driver. She was crossing the street with a green light, but an ambulance that ran in an emergency hit her.

For the Ferrara Courts, the driver did not operate with the “appropriate caution and attention” recommended by the road code.

In Italy, there is NO EMT on BLS ambulances. Usually, there are First Responder Volunteers.

We summarised the conclusion of the Ferrara’s Court, which sentenced the volunteer first responder Andrea Masini to 1-year-jail. The judge also suspends the driving licence of the volunteer for 12 months.

It is one of the very first cases of road murder involving an ambulance driver in Italy.

On that day, Anna Fabbri, 13 years old, has been told apart from her family. On that day, the Italian Red Cross of Ferrara was asked to provide an urgent intervention. An elderly patient with acute heart disease needed help.

The dispatch point was the Ferrara Red Cross headquarter. Andrea Masini, the volunteer ambulance driver, switch the sirens on. He drove for 50 meters and – at the red light between via Ugo Bassi and Corso Giovecca – crossed the queue of cars which were letting pedestrians crossing. However, he did not notice the 13-year-old girl, who was riding a bicycle on the pedestrian crossing and had a green light. Anna died a few days later the incident. In the last three years, the judge of the Court of Ferrara, Carlo Negri, has rebuilt the storyline of the episode and made all the assessments.

Why the sentence to 1-year of jail for the ambulance driver?

The sentence arrived yesterday, and the Italian newspaper “La Nuova Ferrara” reports much information. Mr Masini was sentenced to one year of prison he asked for a summary judgment, which reduces the sentence.

To mitigate the further reduction may have been generic extenuating circumstances. We will know more when the reasons for this sentence will come out (allegedly in 3 months). The process, indeed, has been long and complex, with many expert reports and many requests made by the parties.

The court establishes 3 months ago that the impact occurred at 43 Km/h. “If the driver had faced the traffic light at speed between 28 and 30 km/h he could have avoided the impact” an expert said during the trial.

What does the defence of the ambulance driver say?

It must be reported that the defence of the ambulance driver has announced an appeal against the sentence. The reasons for it can be seen on “La Nuova Ferrara”. According to Masini’s lawyer, Carlo Bergamasco, the main problem which the trial was focused on concerned all the ambulance drivers in Italy.

Can an ambulance driver in emergency rely on others to stop? “The judge thinks no, but we say yes – the newspaper reports – The problem is not of the accused, but of the principle that regulates the emergency service”.

Once the appeal has been announced, we will see how this matter will be juridically concluded. Nobody knows what will be the next step of this trial.

The second degree of judgment could accept all the extenuating circumstances declared.

The road murders’law in Italy has heavily influenced people’s attention to driving. This is the first time the code has been applied for an emergency vehicles driver.

Those who work in the emergency field must always and only remember the first lesson that in each course for volunteering is continuously repeated: to save a life, first responders must never endanger his or her own life and other people.

The original article in Italian