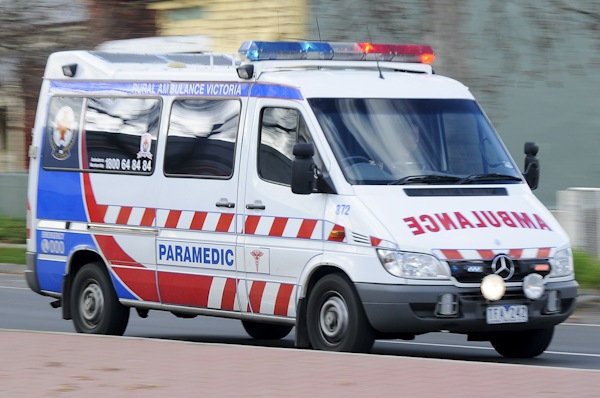 Don't spend New Year's Eve in the back of an ambulance

An army of paramedics will be on duty in the city and in coastal areas to deal with the expected surge in patients in New Year’s Eve.

Ambulance Victoria has warned revellers to “look after their friends” to prevent unnecessary trips to hospital.

State Commander Paul Holman said people should avoid “seeing in the New Year in the back of an ambulance”. “People need to look after themselves and their mates, and drink plenty of water,” he said. “We don’t have a magic cure for people who have had too much to drink. If they can’t be safely looked after by friends or family, they will end up in hospital,” he said.

He said young people were particularly at risk of injury. “Around Christmas we saw a number of young people seriously injured in preventable accidents, including drownings, car accidents and assaults. Some involved alcohol”. “We know our workload will peak in the early hours of New Year’s Day, with more than 1800 emergency calls expected over 24 hours,” he said.

A nurse who worked in emergency at St Vincent’s Hospital told the Herald Sun the most common injuries were sprained ankles, fractures from falling while drunk, broken glass wounds to bare feet, and alcohol poisoning. “I saw a lot on New Year’s Eve, from whole fingers detached due to incorrect fireworks use to someone losing an eye from popping a champagne cork into their eye,” the nurse said.

Melbourne nurse Caitlin McDonald said she was preparing for a surge in drunks through the emergency department on New Year’s Eve. “Drunks is the biggest thing. They will be about 50 per cent of the people we treat,” she said. “Sometimes they’re so drunk they’re incontinent.”

Patients will often come in with abdominal pain from overeating. More common recently have been injuries from falls from Segway vehicles. While most New Year’s Eve injuries are self-inflicted, Ms McDonald was sympathetic. “It’s probably the one day of the year you feel it’s acceptable,” she said. “They’re having a good time, so good on them: it’s the New Year.”