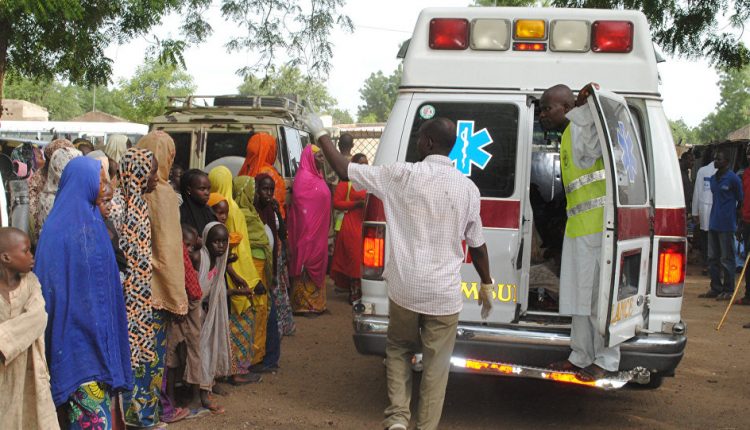 Road traffic accidents are increasing and emergency medical response must be even more efficient. This study wishes to examine the Emergency Ambulance Service Scheme (EASS) in road accidents in FCT Abuja.

This study wants to examine the effectiveness of the Emergency Ambulance Service Scheme (EASS) in a road traffic accident in FCT Abuja. The increase in road traffic accidents, the involvement of the Federal Road Safety Corps in the rescue and management of road crash victims in the Federal Capital Territory (FCT), made the need for a specific study.

The study uses data from questionnaires administered to road safety zebra crew and the motorist in selected motor packs in Abuja. The level of awareness of the existence of the Abuja Zebra crew ambulance services is still very poor and that most accident victims are been conveyed to the hospital via private or public vehicles.

For emergency medical professionals operating in pre-hospital scenarios is also much important knowing how to get out of the ambulance in case of road accidents. Safety must be in the first place! Other articles on emergency medical responders’ safety along the roads:

What about the most common pre-hospital cases?

Emergency Ambulance Services face many delicate situations. One of the major public health problem worldwide in case of road traffic accidents is trauma. It accounts for more than 16,000 deaths daily that cause above 312 million casualties annually seeking medical attention (Peden, 2005).

It is the usual cause of death amongst people under 40 years of age who are economically viable in term of human power. Furthermore, several thousand with non-fatal injuries ends up with disabilities (Ugbeye, 2010).

It has been observed that most deaths occurring within the first hour of injury is usually as a result of severe brain and cardiovascular injury with minimal treatment value. Deaths which occur from airway obstruction and external bleeding both are preventable by simple First Aid measures (Ashaolu, 2010). Measures taken in developed countries to mitigate the complication of trauma are engineered into a seamless, efficient and cost-effective system, which ensures that the incidence of trauma-related illness is to a bearable level.

In Nigeria, with over 160 million people, study reveals that an audit of emergencies surgical operation carried out at the University of Ilorin Teaching Hospital alone showed that 68.4% of the 2455 casualties admitted in the Accident and Emergency Department had trauma cases that are related to injuries sustained in RTC.

Condition of streets, remote sites, absence of GPS and poor knowledge of emergency ambulance service are the main causes for deaths. Several lives that could have been saved had been lost due to these challenges. According to FRSC (2010), over 100 people die and 200 to 400 are injured each year in road crashes in Abuja. In order to ensure prompt response to crash victims, Emergency Ambulance Service Scheme (EASS) was established to provide response within twenty (20) minutes to post-crash victims, (FRSC
Zebra Quality Manual, 2012).

Although the government and other agencies have been embarking on series of public awareness on the importance of road safety standard adherence in Abuja Municipal Area Council (AMAC) in conjunction with various seminars and workshops organized most especially by the FRSC and National Emergency Management Agency (NEMA) to stem down road traffic hazards in the country and in Abuja in particular.

What is the impact of efficient Emergency Ambulance Services?

A significant improvement in the survival rate of victims of heart attack, for instance, was identified to range from 6% to 8% when response time improved from 15 minutes to 8 minutes. It was argued, therefore, that improving response times to 5 minutes from an average of 15 minutes could more than double survival rates.

Whilst response times are clearly important, efficiency also concerns what happens at the scene. According to Nicholl et al., (1995), patients of the London Air Ambulance service were found to arrive at the hospital later than a comparable land ambulance case as crews were spending longer at the scene, conducting more intensive management of the patient. In addition, patients were triaged to hospitals with appropriate skills etc.

Similarly, a study of cases of cardiac arrest found that paramedics tended to spend longer at the scene than ambulance technicians using basic techniques and semi-automatic defibrillators. This implies that paramedics were making use of their skills and thus delaying the ambulance from starting its journey to the hospital. Such
a delay might be at the expense of the patient, Guly et al. (1995).

It has become necessary to continue to develop the skills of ambulance crews and paramedics through increasingly high-level education and training, which will enable them to engage in safe and reliable triage activity on the scene, as well as provide a wider range of treatment (Ball, 2005). Marks et al. (2002), therefore, also noted the widespread introduction of priority based dispatch systems.

These form a kind of ‘triage’ system designed to match the urgency of responding to the clinical needs of patients, using structured protocols and systematic questioning of callers (Nicholl et al., 1999). In contrast, O’Cathain et al. (2002) found that emergency medicine dispatch systems fulfilled a previously unmet need for general advice and resulted in higher caller satisfaction than before.

The context of Nigeria is delicate because of its disorganization in cooperation between laypeople and bodies. People feel that removing victims from the crash scene and taking them to the hospital quickly is better for the victims, and they usually lack knowledge of first aid, and adequate emergency information dissemination to rescue centres. Unfortunately, laypeople are the first to arrive at a crash site, and often interfere with the activities of ambulance personnel.