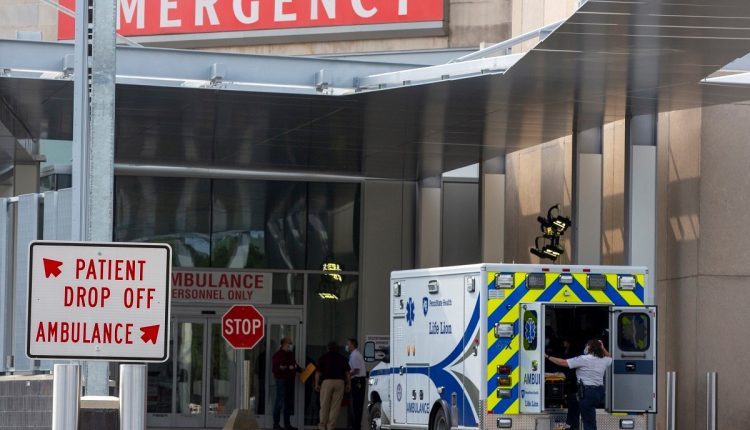 Evolution of pre-hospital emergency rescue: scoop and run versus stay and play

We often hear about ‘scoop and run’ and ‘stay and play’. These two philosophies of pre-hospital care, which represent the history of emergency rescue, seem to be at odds with each other

DEFINITION OF SCOOP AND RUN

Scoop and run literally translates as ‘charge and run’.

These terms refer to getting a patient to a hospital facility as quickly as possible, allowing him or her to benefit from care in a hospital.

The key concept is therefore to avoid delaying the transport of the patient.

To do this, care will not be initiated on the spot if at all possible.

Techniques will often be limited to BLS at the scene, prior to initiating ALS in the ambulance, or during the management of the hospital

DEFINITION OF STAY AND PLAY

Stay and play is an approach characterised by the fact, in contrast to scoop and run, that care is prioritised over transport.

In this approach it is considered that the patient cannot be transported without first being stabilised.

The philosophy is that the sooner treatment, even temporary treatment, is started, the less compensatory systems the patient will use, limiting shock and increasing the chances of survival and autonomy.

HISTORY OF SCOOP AND RUN AND STAY AND PLAY

We usually associate these two philosophies with specific systems.

Scoop and run’ is the prerogative of Anglo-Saxon systems, while ‘stay and play’ is peculiar to systems using pre-hospital doctors.

There is also talk of ‘medicalisation of the front line’.

Indeed, until the 1960s, systems based on Anglo-Saxon care policies practised scoop and run.

This was due to limitations in the training of the various participants (EMT-Bs, AEMTs, Paramedics, etc.).

On the other hand, the technical quality of these same workers in traumatic situations allowed them to promote this methodology, obtaining sufficiently interesting results in terms of survival and autonomy.

The Europeans, on the other hand, and more particularly the French, rapidly began the medicalisation ‘of the front’, with the arrival of treatment on the battlefield on the initiative of the young chief surgeon of the great army under Napoleon I, the initiator of emergency medicine: Dominique-Jean Larrey.

SCOOP AND RUN AND STAY AND PLAY: WHICH TO CHOOSE?

Nowadays, scientific committees have sufficiently developed their treatment policies to move forward in their management.

Scoop and run is now limited to situations that require it.

This is particularly true for certain traumatic, obstetric or cardiovascular injuries, especially when haemostasis is compromised and cannot be controlled except by one or more surgical procedures performed in the operating theatre.

On the other hand, stay-and-play is discussed, but persists.

On the one hand, we discover the emergence and interest of the SMUR in the methods proposed by the famous committee of the College of Surgeons, through the NAEMT training courses that are being developed in our countries.

DO YOU WANT TO KNOW RADIOEMS? VISIT THE RADIO RESCUE BOOTH AT EMERGENCY EXPO

WHAT FIELD OF APPLICATION FOR EACH METHOD?

Well, it’s very simple. Only the operator in the field is able to assess each situation and react accordingly.

It all depends on his level of competence, on the regulations governing these competences, on the place of intervention, on the proximity of a hospital or a specific service, on the configuration of the situation, on the possible dangers, on the nature of the emergency, on the physiopathology, etc.

There are many parameters to weigh up.

There are many parameters to weigh in the decision.

Of course, the predominant factor remains the knowledge and analytical capacity of the intervener!

AN ALTERNATIVE: PLAY AND RUN

We spoke earlier about the emergence (far from new) of another philosophy.

It is called play and run.

This method, inspired by the two previous concepts (as proof that everyone was right) consists of treating the patient while he moves towards the receiving ward (see the link with Professor Böhler’s theories?).

It will be argued that the search for certain diagnoses needed for specific treatment, such as myocardial infarction, which will require early treatment and a different orientation from the traditional UAS, or pre-hospital treatment of certain medical aetiologies that require a certain stability, such as convulsive seizures or severe hypoglycaemia.

This alternative could allow a reduction in the delays inherent in treating the patient.

And finally, isn’t this what is increasingly being practised?

SCOOP AND RUN AND STAY AND PLAY: DIFFERENT SYSTEMS FOR DIFFERENT TRAINING

Here, the topic will be broader. Indeed, it is difficult to talk about methods and skills without talking about training.

A standard corresponding to the practice of scoop and run in Anglo-Saxon systems, associated with basic care (BLS), associated with a basic level of study, has been established in the mores.

On the other hand, the stay and play method corresponds to an advanced level of care (ALS), rather associated with advanced studies.

Medicine has always been in a state of permanent flux.

The prospects for treatment are becoming wider and wider while the core principles are becoming more established every day.

In this respect, what is the point of limiting ourselves to archaic dogmas such as scoop and run or stay and play

Training is evolving (almost) everywhere in the world for practitioners in the field, allowing each of them to build a clinical reasoning that allows them a certain latitude in adapting to many situations.

We must talk about training, it is still the only way to treat a patient correctly!

CT angiography of the supra-aortic trunks and intracranial circulation (TSA): what it is and why it is performed