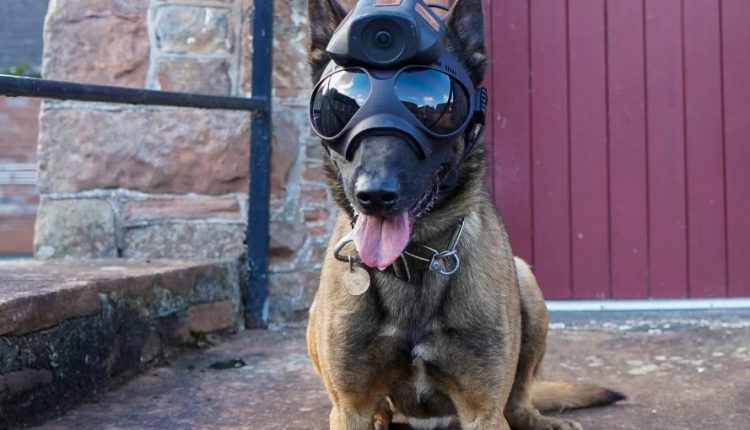 UK, the use of drone technology for police dog cameras: a new frontier for rescue dog units?

Cameras with drone technology to serve police dogs: this is the project developed in the UK by heliguy™, in collaboration with the Cumbria Constabulary

The heliguy™ dog camera was developed to solve specific problems faced by the police force, highlighted during the collaboration with the Cumbria Constabulary.

The British police needed high quality live-streaming footage, captured by the dog, to provide officers with the critical information they needed when deploying the dogs.

The Cumbria Constabulary needed a small, lightweight camera for the dog to wear, which would also provide quality image capture capabilities.

Leveraging its knowledge of the UAS industry, heliguy™ opted for the Sony IMX219 8 MP sensor, an upgraded camera board accessory often used to equip UAS with a lightweight camera.

Weighing only 8 g, the camera module offers improved low-light performance, image quality and colour fidelity and is capable of capturing video up to 1080p at 30 fps.

From police dogs to rescue dogs is a short step: what developments for dog units

The dogs, skilfully trained to deal with a whole range of operational scenarios, are truly indispensable in a whole series of operations.

The provision of the dog cam adopted by Cumbria Constabulary and developed by heliguy™ would have a major impact on the effectiveness and speed of rescue.

As well as greatly increasing the personal safety of rescuers, who would then have an extremely accurate picture of the location of patients, their state of health, any dangers that may be present both at the rescue site (e.g. under the rubble of a building) and in the evacuation procedures. 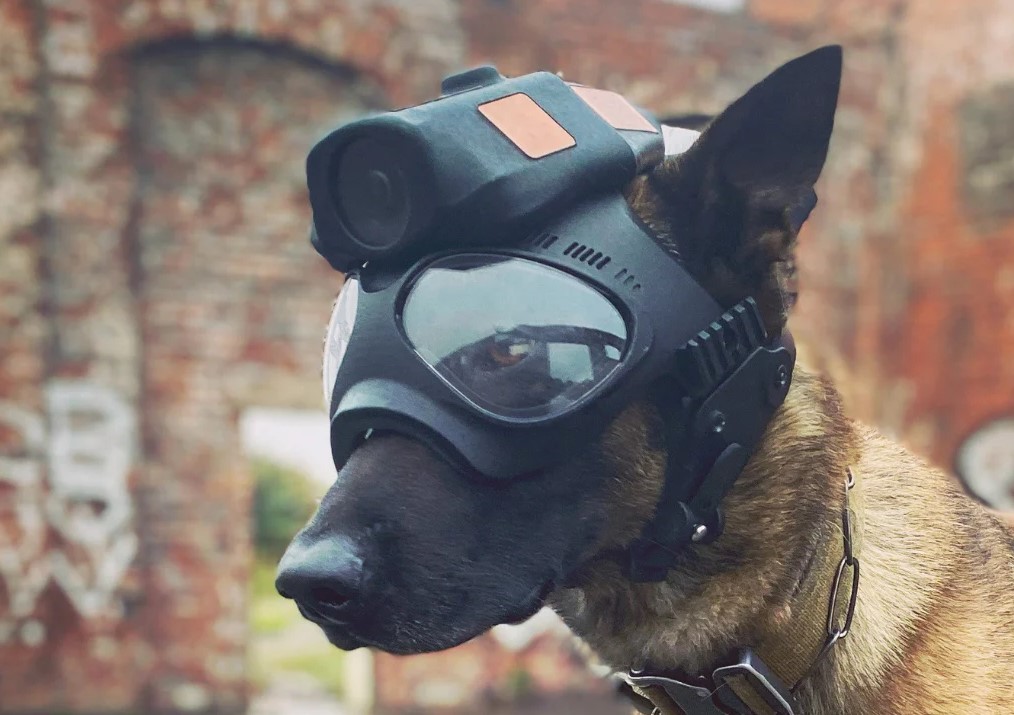 The case report of Cumbria Constabulary and the Dog Cam heliguy

Ideal for a range of missions, the Cumbria Constabulary will use the dog cam for firearms operations, including house clearances, vehicle tactics and walking containment.

The dogs obviously have extensive training behind them to deal with such scenarios.

The device can also be used for search and rescue operations and in other situations to help law enforcement and military professionals overcome the limitations of using dogs.

Force PC dog trainer Glenn Myerscough said the device perfectly meets the requirements of a firearms support team and is an important tool during active operations.

“The camera is exactly what we were looking for to advance our firearms support capabilities,” he said.

“The camera is easy to use, integrates seamlessly with our computer systems, is cost-effective and, being manufactured in the UK by heliguy™, provides us with rapid support.

“The camera allows us to work alongside our firearms officers and gives them real-time commentary of what the dog sees in front of the team, which is obviously a big advantage.

It allows our firearms officers to plan and proceed with confidence and security knowing what they are about to face.”

The helmet of the dog cam is made of impact-resistant nylon 12, while the protective nylon lenses are interchangeable, which means they can be replaced by sunglasses to allow mission continuity in all weather situations.

Weighing 1kg, the camera and helmet are designed to be comfortable for the dog to wear, while providing sufficient support to keep the camera stable.

Officer Myerscough said: ‘The camera is light, comfortable and mounts easily on the dog’s head. The dogs had no trouble getting used to it”.

The HD camera on the dog’s head transmits footage to the handler, which can be viewed on a 1080p screen. The camera has a range of up to 500 metres and a battery life of up to four hours.

The video receiver is placed inside a housing that can be mounted on the agent’s MOLLE tactical waistcoat.

Officer Myerscough said: “The footage is clear and sharp. The camera uses a fisheye lens, which gives a wide-angle view of what the dogs are seeing.

“The camera is also compatible with evidence.com, the system used by Cumbria Constabulary to securely store footage.”

Rescue Dog: A Glimpse In The Life Of A Search And Rescue Puppy

Surviving An Earthquake: The “Triangle Of Life” Theory

Drones for Emergency and Civil Protection: Venari and heliguy develop a support vehicle