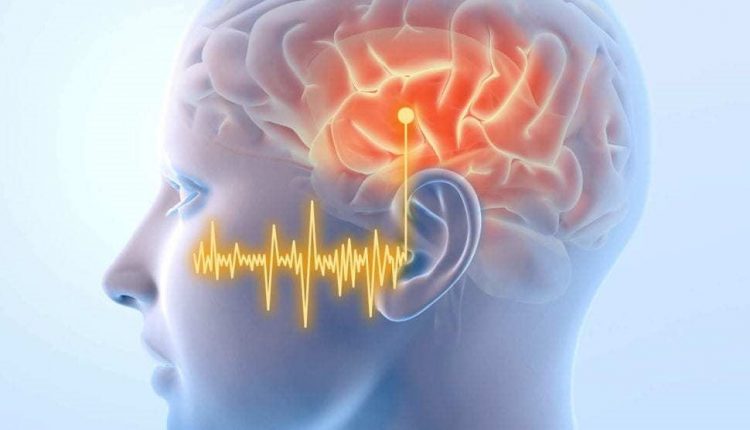 Tinnitus: what it is, symptoms, causes and treatment

Rather than an actual disease, tinnitus is a symptom of potential ear or central auditory pathology involving neurological diseases

A severe form of tinnitus that is accompanied by reduced hearing can significantly affect the patient’s quality of life.

According to a recent study–conducted by the Mario Negri Institute in collaboration with experts from the British University of Nottingham, the University of Regensburg in Germany, and Watt University in Malaysia–one in seven Europeans, about 65 million people, suffer from tinnitus, and the prediction for the next decade is for a substantial increase.

Tinnitus or tinnitus is a hearing disorder that manifests itself in the form of buzzing, whistling, buzzing, and rustling sounds that are not generated by an actual external acoustic source.

Basically, it is a “phantom” noise, weak or loud, continuous or intermittent, which can be perceived

This acoustic phenomenon, which each patient can perceive at different volumes and pitches, can occur transiently, with wave-like frequencies, or constantly without ever disappearing completely.

From a strictly medical point of view, tinnitus is not a harmful disorder.

However, the constant annoying strain can over time have psychological repercussions on the sufferer.

Some individuals, for example, experience their tinnitus as severely disabling, as it disrupts concentration during daylight hours and impairs sleeping hours at night.

If the noise in the ear is perceived by the patient as overwhelming or substantial, mechanisms are triggered in the limbic system (a complex of encephalic areas with a key role in emotional reactions and behavioral responses) that are capable of intensifying emotional perception, thus producing a vicious cycle whereby tinnitus is in essence permanent at the conscious level.

In any case, people affected by tinnitus do not always suffer from the noises they detect in the ear.

For this reason, one can speak of:

In relation to severity, experts distinguish tinnitus into four grades that identify the degree of perceived distress:

Based on intensity and duration, however, tinnitus can be:

Depending on the degree of noise in the patient’s environment, the perception of the disturbance may vary significantly, due to an effect called “masking” such that the tinnitus may appear:

Since diminished hearing or hearing loss-rising after age 60-is the main accelerator for tinnitus, it is not surprising that the latter occurs more frequently with increasing age: about one in three cases, in fact, occurs in patients between the ages of 60 and 69.

Some associated symptoms of tinnitus may be:

Based on whether the noise is perceived only by the patient, or conversely, is an actual sound from the ear canal (generated by structures bordering the ear), tinnitus is distinguished respectively into:

Most often, tinnitus can be traced to severe emotional stress, rather than problems related to the inner ear.

Various studies have shown that patients exposed to stress before the onset of the disorder experience sudden hearing loss and tinnitus at a higher incidence than other patients who are not subjected to sources of stress.

In many cases, tinnitus can be traced to chronic stress due to family or work-related concerns, or to traumatic events, such as the death of a family member.

The main causes of tinnitus can be classified into 4 categories: otological (afferent to the ear), neurological, infectious, and drug-related.

Prolonged exposure to noise can cause damage to the hair cells in the cochlea, as a result of which certain tones are transmitted very faintly to the brain, or may not even be transmitted at all; by a kind of compensatory effect, the hearing center in the brain increases the volume of the missing frequencies.

This is the reason why the tinnitus sound often and ironically corresponds to those frequencies that the patient mishears or is no longer able to perceive.

Occasional exposure to significant acoustic disturbances (e.g., a music concert) can cause temporary tinnitus that usually passes within 16 to 48 hours, after a period called acoustic rest.

Great music stars who suffer or have suffered from tinnitus include, for example, Eric Clapton and Neil Young.

The most relevant neurological causes are:

There are over 200 medications (both over-the-counter and prescription) that can generate hearing loss or tinnitus (transient or permanent).

These are typically medications to treat pain, serious infections, heart and kidney disease, and cancers.

Tinnitus, as can be deduced from what has been said so far, is a rather complex disorder whose causes can vary considerably from subject to subject; for this reason to date there is no unambiguous effective and resolving therapy.

The valid treatments available aim, on the one hand, to alleviate the discomfort caused by this disorder and, on the other hand, to act on the causes that caused it.

Accessibility To Emergency Calls: Implementations Of The NG112 System For Deaf And Hard Of Hearing People

Tinnitus: The Causes And Tests For Diagnosis

Tinnitus: What It Is, What Diseases It Can Be Associated With And What Are The Remedies

The Vestibular Rehabilitation Of Vertiginous Patients

Labyrinthitis Or Vestibular Neuritis: What It Is, How It Is Diagnosed And What Treatments Are Available

Paediatrics, What Needs To Be Known About Childhood Otitis

Headaches And Dizziness: It Could Be Vestibular Migraine

Tinnitus: What It Is, What Diseases It Can Be Associated With And What Are The Remedies

How To Remove Something From Your Ear

What To Do In Case Of Earache? Here Are The Essential Check-Ups

Perforated Eardrum: What Are The Symptoms Of A Tympanic Perforation?

Earache After Swimming? Could Be ‘Swimming Pool’ Otitis

Swimmer’s Otitis, How Can It Be Prevented?

Canker sores: what they are, symptoms, causes and treatment

What is the link between positive ana and joint pain?