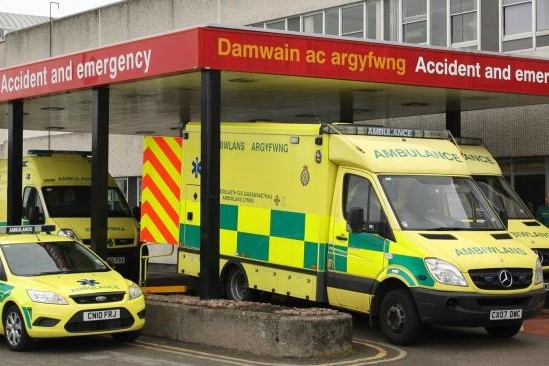 The Minister for Health and Social Services, Vaughan Gething has also announced a further £1.6m in funding to the Emergency Medical Retrieval and Transfer Service (EMRTS) to expand the service into a 24/7 operation and establish the Critical Care Transfer Service.

This is additional money following the £1.7m already given to the service.

This service will support the national transfer of critically ill adults across Wales.

Ambulances in Wales, the relevance of the Emergency Medical Retrieval and Transfer Service (EMRTS)

It was launched at the end of April 2015 and is a partnership between Wales Air Ambulance Charity, Welsh Government and NHS Wales.

Minister for Health and Social Services, Vaughan Gething, said: “The Welsh Ambulance Service has experienced a huge surge in demand on its services due to the Covid-19 pandemic.

“I’m also pleased to announce further funding which will establish a new Critical Care Transfer Service and see the expansion of EMRTS to a 24/7 operation, in partnership with the Wales Air Ambulance Charity.”

Chris Turley, the Welsh Ambulance Service’s Executive Director of Finance, said: “Our ambulances and response cars in Wales are some of the most modern and well equipped in the UK and this funding will allow us to continue to replace our vehicles as they reach the end of their working life

“Modern ambulances are essential in order that we can continue to provide the best treatment and patient experience possible.

“They’re also important for staff who spend the majority of their working day out and about in the community.

“It’s never been more important than ever to have a fleet which keeps the wheels turning on our ambulance service, and we’re grateful to Welsh Government for its continued support.”

Professor David Lockey, EMRTS National Director, added: “The funding has allowed us to extend our critical care provision into a 24/7 service.

This, along with our partnership with the Wales Air Ambulance Charity, has helped us improve equality of access to rapid emergency-department standard care across the country.

“In addition, the funding for three specialist critical care ambulances will give us the capacity to support colleagues across NHS Wales with the transfer of critically ill patients between hospitals by road.

“We are very grateful for the ongoing support from Welsh Government, which has allowed our service to grow and make a significant contribution to critical care in Wales.”

Trends And Characteristics Of Emergency Medical Services In Italy: A Scientific Article In Healthcare

Access To Care In The UK: How Is The NHS System Organised In The UK?

London Under COVID-19 Attack, NHS Sets Up Two Ambulance Buses: An Italian Idea In The UK

Even Valentine’s Day defeats Covid: in Bari the love between two nurses was born in the ward of the General Hospital