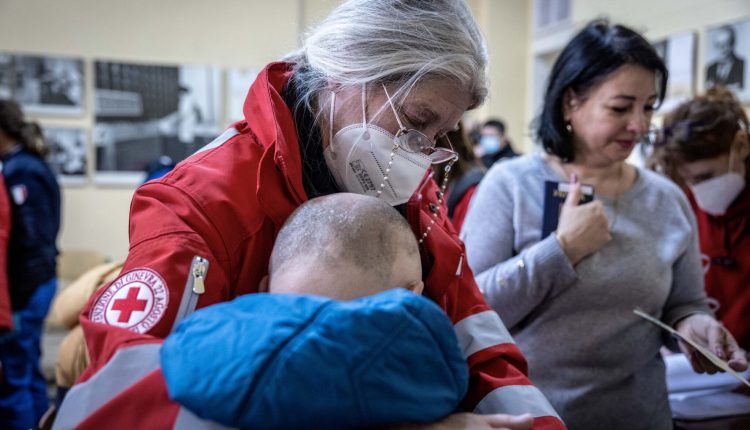 The third Italian Red Cross civilian evacuation mission from Ukraine will leave tonight for Lviv, with the aim of bringing about one hundred vulnerable people to Italy, including several children suffering from various diseases and accompanied by at least one parent or relative

The Italian Red Cross convoy, this time made up of 26 vehicles including ambulances, minibuses, high containment vehicles, cars and vans for various materials, will move to Lviv, in Ukraine

The trip will take place via Poland, with 83 people on board including volunteers, staff, doctors and paediatric specialists, OSS nurses, RFL operators.

The mission will arrive in the Ukrainian city on Monday 25 April at the health facilities where these people are currently staying and, after carrying out a hospital triage and Covid swabs, will accompany the group to Italy, where they will be welcomed with the support of the Civil Protection Department.

At the same time as this convoy, another convoy will leave with humanitarian aid, as usual since the beginning of the crisis, and two new ambulances will be donated to the Ukrainian Red Cross.

The vehicles, which are heading for Suceava (Romania), will carry a total of around 40 tonnes of aid (self-heating food, medical and personal hygiene supplies).

To date, the Italian Red Cross has delivered over 800 tonnes of aid to Ukraine, thanks also to the support of many donors

“We do not want to retreat one step with the evacuation missions in Ukraine – underlines Francesco Rocca, President of the Italian Red Cross – because as long as it is necessary we will not stop giving rapid and concrete answers to the Ukrainian Red Cross and to the most fragile population.

This third mission is particularly delicate, given the presence of minors with various pathologies.

The convoy is therefore even larger and includes the presence of our paediatricians.

As always, the people to be evacuated were reported to us by Ukrainian volunteers in the field.

They are people who, in that difficult context, would not have been able to receive the appropriate care or support.

Children are paying a very high price in this conflict and the Red Cross is taking care of some of the most fragile of the fragile with this mission.

I would like to thank our volunteers, our doctors and all the Red Cross staff who, in just a few hours and by literally throwing their hearts over the obstacle, are able to give concrete hope to those who, at this moment, have none”.

Emergency In Ukraine, Aosta Local Health Authority Donates Two Ambulances And A Medical Car To The Red Cross For Use In Lviv

Atrial fibrillation: what it is and how to treat it