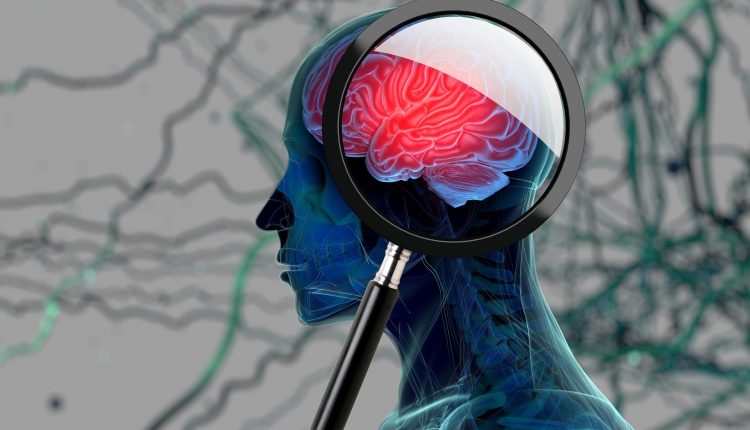 The loss of brain cells occurs by a natural process, but in diseases leading to dementia this process is greatly accelerated, resulting in the loss of normal brain functioning.

The symptoms of dementia are normally determined by a gradual and slow deterioration of the individual’s functional capacities, which is irreversible.

Brain damage affects the person’s mental functions (memory, attention, concentration, language, thinking, etc.), and this in turn affects behaviour. However, the term dementia does not only refer to degenerative types of dementia, but to a syndrome that does not always follow the same pattern of development.

In some cases, the patient’s condition may improve or remain stable for some time.

In a small percentage of cases dementia is curable and potentially reversible, but in the vast majority it is a disease that leads to death.

Most patients die from ‘complications’ such as pneumonia.

However, the effects of dementia tend to be less severe if the morbid process sets in at a very late stage of life.

Although Alzheimer’s disease is the most common form of dementia, there is a group of dementias of other kinds.

It has been established that the HIV virus has a direct effect on the brain.

Approximately 8-16% of AIDS victims develop a slow and progressive form of dementia.

Dementia generally occurs in the later stages of the disease, although there may be earlier symptoms.

Such symptoms include confusion, difficulty in concentrating, apathy, emotional dulling and abandonment or loss of inhibitions.

Patients nevertheless tend to retain many aspects of their original personality until the end.

Prolonged heavy drinking can lead to a form of dementia.

However, stopping drinking completely and following a balanced diet can induce improvements.

Binswanger’s disease is a slow-onset type of dementia that occurs as a consequence of a disease of the small blood vessels.

Symptoms tend to include:

Creutzfeldt-Jacob disease is usually transmitted accidentally in surgical procedures, although it can also rarely be hereditary.

There is currently much debate as to whether bovine spongiform encephalopathy (BSE)-infected cattle are responsible for CJD cases in humans.

Recent studies have discovered symptoms of CJD in a group of young people (average age 26), and researchers believe they have identified a new strain of CJD.

The symptoms of CJD are very similar to those of Alzheimer’s disease, particularly in the early stages. Patients suffer from strange memory lapses and mood swings, and may be inclined to withdraw from social life.

This is followed by more significant memory problems, difficulties in conversation and loss of stability.

As the disease progresses, patients manifest

CJD generally progresses rapidly as most patients die within about six months, but for some people (about 10 per cent) the disease can last two to five years.

This type of dementia appears to be related to Parkinson’s disease, but 20 to 25 % of patients diagnosed with Alzheimer’s disease are also affected.

The disease is characterised by the presence of Lewy bodies (small spherical structures containing proteins) that can be found in the nerve cells of the brain after death.

This type of dementia tends to be rather mild. Patients suffer from:

Although their state may vary considerably, even during the same day.

It has also been found that sufferers of diffuse Lewy body disease are more sensitive to certain drugs used to treat behavioural problems.

Down syndrome consists of the inability to learn and is caused by an alteration of the chromosomes.

People with Down syndrome (DS) have an extra copy of chromosome 21 in every cell of their body.

Since then, however, there have been significant improvements in antibiotics and heart surgery, so that these people now easily live into their fifties and sixties.

Unfortunately, a large percentage of people with DS who live past the age of forty develop Alzheimer’s disease (30 to 40 years earlier than the majority of the population who will develop the disease at some time).

This disease is usually hereditary. Symptoms include loss of balance and poor muscle coordination; dementia occurs in the later stages.

This form of dementia is caused by a series of small infarcts that interrupt the flow of blood in certain areas of the brain, resulting in the death of nerve cells.

The areas of the brain most affected are those that control memory, expression, language and learning.

Although symptoms vary considerably from person to person and with the passage of time, problems with expression, mood swings, seizures and partial or total paralysis of a limb are quite common.

Symptoms also vary over time although, after the initial deterioration due to the infarction, one has the impression that the patient’s condition stabilises.

Instead, these small improvements unfortunately do not last long.

It is a progressive neurological dysfunction. People with Parkinson’s disease tend to have difficulty walking, writing, dressing, etc. because they lose a large percentage of the neurotransmitter dopamine, which helps control movement.

Between 20 and 30% of sufferers develop dementia in the later stages of the disease.

The others still show difficulty in concentrating, or a slowing down of thinking.

Frontal dementia is the term used to refer to a number of forms of dementia that involve the injury of nerve cells mainly in the frontal lobe of the brain.

Pick’s disease is one of these forms. Since the lesion occurs in that part of the brain that controls behaviour, this form of dementia is often marked by significant changes in the personality of the individual, who may become rude, arrogant, behave unbecomingly, essentially disregarding social conventions.

The early stages are marked by lack of initiative and weakening of recent memory.

In the later stages, patients are bedridden.

Pick’s disease generally begins between the ages of 52 and 57, and lasts on average 6 to 7 years.

What Are The Initial Symptoms Of Dementia?

Delirium And Dementia: What Are The Differences?