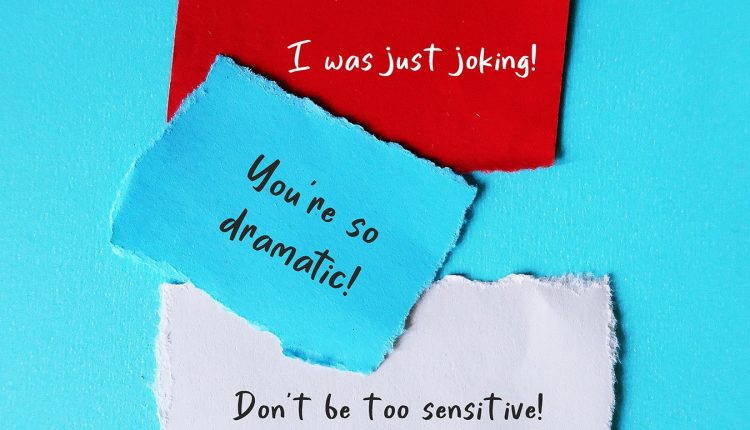 Gaslighting: what is it and how to recognise it?

Gaslighting was the most searched word on the web in 2022, but what does this term mean and how can we tell if we are in this situation?

The term gaslighting is a specific form of emotional and psychological abuse of a malicious manipulative nature with the aim of making the victim doubt their judgements, thoughts and beliefs, perceptions and memories by making them unreliable.

This is achieved by denying the veracity of what the victim says and insinuating that his or her judgement is implausible because it is the person himself or herself who has something wrong with him or herself and his or her own mental health: this is done through attempts by the Gaslighter to allow the victim to doubt the victim’s perception of reality and thought content.

What does gaslighting mean?

The expression gaslighting comes from the 1944 film ‘Gas Light’ based on the 1938 play Angel Street in which the protagonist is the victim of this form of manipulation by her husband: the man takes possession of some of his wife’s family jewellery without her realising it, making her believe that her doubts about the decrease in the intensity of the light and gas in the house due to his nightly searches to steal the jewellery, is all a figment of her imagination and begins to manipulate aspects of her daily life to drive her insane.

It is a common skill among manipulators and perverse narcissists.

How to recognise gaslighting

There are three types of Gaslighter:

Examples of gashlighting can be phrases such as:

In non-manipulative communication, on the other hand, there is a tendency to meet needs in a mature way by asking:

These are the deceptive tactics, such as denying what the victim claims and experiences, or presenting false information in order to disorient and confuse the victim, altering the truth by challenging the victim’s memories and recall in such a convincing way that the victim starts to question his or her sanity and self-esteem.

Gaslighting follows several stages starting with an initial positive manipulation full of compliments and flattery, then creating a distortion in communication where dialogues are characterised by hostile and punishing silences alternating with destabilising lashings.

Thereafter, there is an attempt at defence on the part of the victim by trying to establish a stubborn and passive dialogue.

In this phase the relational perversion reaches its peak: the violence becomes chronic and the victim becomes convinced of the reason and even the goodness of the manipulator, who is also often idealised.

The aim of the Gaslighter is not to depress the victim, but to make the victim better and totally dependent on him.

How the Gaslighter behaves

In 2022, searches on the web for Gaslighting increased by 1740%, making this term the most searched term in the year, demonstrating how widespread it is.

The phenomenon of Gaslighting occurs within romantic relationships, in the family, friendship and/or work context.

With regard to gaslighting in love, within a couple relationship the man or woman involved in an extra-marital affair, for example, may use stereotype patterns such as jealousy to divert attention from what they are doing, leading the victim to doubt their own perceptions and doubts.

Within the family, manipulative parents with attitudes of overprotection, guilt and deresponsibility are examples of Gaslighting.

An example may be when the relationship between parent and child does not mature to the adult stages and the parent continues to relate to the child in an authoritarian manner, not allowing the child’s personality to develop fully.

It is the authoritarian and overprotective parent who treats the child as incapable, making him/her the passive subject of his/her own life.

Even in the medical field, people suffering from so-called invisible ills such as endometriosis or fibromyalgia, constantly feel that the pain and symptoms reported are downplayed, insinuating that the origin of the illness is psychological, often being told phrases such as: ‘It’s all in your head’.

Other contexts in which we find Gaslighting phenomena is the manipulation through fake news and deep fakes in global topics such as vaccine, pandemic or social issues.

How to get out of Gaslighting

Victims of Gaslighting experience states of strong mental disorientation and confusion, which cause them to behave defensively, attempting to confront and convince the other person that what they are saying is discrepant with reality, in the hope that, through listening and dialogue, the Gaslighter’s behaviour will change.

The victim, persuading herself that the abuser is telling the truth, goes into a depressive state of mind and resignation, becoming insecure, vulnerable and dependent, enacting a real process of idealisation towards the perpetrator.

In other cases from Gaslighting it is possible for a post-traumatic stress disorder to develop.

The Gaslighter loses all power over the victim when the victim becomes aware of the manipulation suffered.

The first step to get out of it is to seek help from an expert to become aware of the mechanisms the abuser puts in place.

It is important to know the techniques used by the Gaslighter to best protect oneself:

Is gaslighting a crime?

Nowadays, gaslighting is not a crime; there is no specific legislation for gaslighting.

However, manipulative conduct may fall under the articles concerning the violation of family care obligations, ill-treatment against family members and harm to the person (Art. 570, 572 and 582 of the Criminal Code, respectively) or threats and stalking.

In fact, the Supreme Court maintains that the offence of ill-treatment exists with beatings, injuries or threats with humiliation, acts of contempt and offence that generate psychological suffering.

Sinus tachycardia: what it is and how to treat it