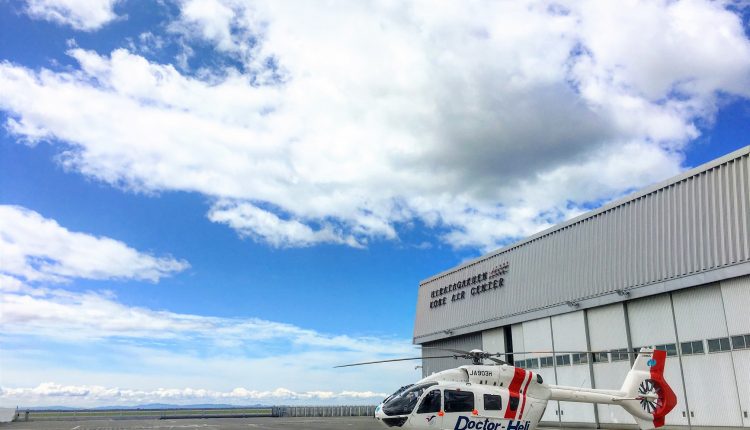 Japan’s full-scale deployment of air ambulance in 2001, HEMS, otherwise known as ‘Doctor Helicopters’, have taken on more prominent roles in the country, enabling rapid evacuation of casualties from affected sites, and providing critical care without delay aboard medically equipped helicopters.

HEMS in Japan: the implementation of air ambulance service with Airbus

With Japan’s full-scale deployment of air ambulances in 2001, HEMS, otherwise known as ‘Doctor Helicopters’, have taken on more prominent roles in the country, enabling rapid evacuation of casualties from affected sites, and providing critical care without delay aboard medically equipped helicopters, while in transit to the medical facility. In 2010, the Kansai government implemented region-wide EMS support network and Hiratagakuen became its main operator of these life-saving missions. Today, there are over 50 helicopters supporting emergency medical missions in 42 prefectures across Japan.

“Operating in a time-sensitive EMS environment where every second matter, it is important for us to be equipped with the right helicopters for these demanding aeromedical missions. We have been well supported by a strong Airbus fleet for nearly two decades, especially with the recent introduction of the H145//BK117D-2 helicopters into our operations. We are confident that the timely addition of the second H145 helicopter for HEMS will augment our aeromedical operations, as we continue to perform life-saving missions safely in the country.”

“Airbus is happy to play a supportive role in Japan’s EMS ecosystem, especially with the first EMS-configured H145//BK117D-2 entering service into Hiratagakuen’s fleet early summer this year, joining soon by its second unit for aeromedical operations. Given its flexibility, agility and high operational efficiency, we know that our H145//BK117D-2 will continue to lend capable support to Hiratagakuen’s every EMS mission.”

The H145//BK117D-2 is developed in co-operation with Kawasaki Heavy Industries to deliver excellent performance throughout the flight envelope. It comes with the state-of-the-art Helionix avionics suite and designed-in mission capability and flexibility, especially in high and hot operating conditions. With a large cabin, a compact airframe and powerful engines, the H145//BK117D-2 is the aircraft of choice for a variety of missions including EMS, air rescue, law enforcement and aerial work. More than 1,400 H145//BK117D-2 helicopters have been delivered worldwide, achieving close to 5 million flight hours.

About Airbus
Airbus is a global leader in aeronautics, space and related services. In 2017 it generated revenues of €59 billion restated for IFRS 15 and employed a workforce of around 129,000. Airbus offers the most comprehensive range of passenger airliners from 100 to more than 600 seats. Airbus is also a European leader providing tanker, combat, transport and mission aircraft, as well as one of the world’s leading space companies. In helicopters, Airbus provides the most efficient civil and military rotorcraft solutions worldwide.

A Cookbook for Air Ambulance!

Air Ambulance in Nigeria – They come from the sky, they are the Flying Doctors!

London Air Ambulance denounces the most of aggressions

It’s all about you, but what would you like to know about ESS18?